I recently came across an issue in a SQL Server Availability Group scenario where queries against a heavily-used queue table were taking longer and longer over time. The symptoms of the query were that logical reads were increasing rapidly, and we ultimately tracked it down to ghost records (and version ghost records) that were being created as rows from the queue table were consumed and deleted. Because the database was being used in a readable secondary, the ghost cleanup process simply wasn't able to keep up with the volume of deletes against the table. The first workaround implemented was to suspend the queue consumers and rebuild the table.

Rebuilding was an acceptable trade-off to keep performance stable, but it could certainly be disruptive, even with ONLINE = ON. One idea I had was to perform a "soft delete" instead of a real delete, to reduce ghost and version ghost records. You can't avoid these completely, but you can minimize their impact.

A soft delete is when you have a column that you update when a row becomes invalid. So, given the following queue table (a copy of the original):

I added the following bit column with a default of 0:

Then I created an index on that column so that when a row becomes "deleted," you're writing an update only to the indexes where that column is a member, instead of deleting a row and leaving ghost records in every index (except filtered indexes where the row was already excluded). Here is the index definition:

We can also change an existing covering index that satisfies the query that pulls a new item off the queue, adding context for the new column IsDeleted:

Now, it's true, when you soft delete a row and that adds it to the first index, that same change removes it from the second (leaving a ghost record). But cleanup on these indexes should be much less painful, because you're not scattering ghost records all over a table that's clustered on a GUID; you're only adding those ghost records to one non-clustered index.

To deal with these ghost records on the smaller index, you can fine tune when you run the following maintenance (occasionally for infrequent impact, or frequently for minimal duration per run):

You’ll want to test this operation on a real-ish workload to determine the impact and appropriate frequency.

Now, I have a measly laptop, so I don't have the ability right here to test this fully with the right AG setup that exists in our production environment. But I tried to get as close as I could to simulate the problem; I turned off ghost cleanup with global trace flag 661 and enabled both allow snapshot isolation and read committed snapshot isolation database settings. I made sure the table had plenty of rows that would actually get deleted in the load test, and plenty of rows that would get ignored.

I populated this table with 1,500,000 arbitrary rows from sys.all_columns:

Populating the original table was easier, since I just needed the same 1.5 million rows I already dumped into the first table. Don't worry, this was on a restored backup, not in production:

Next, I made two stored procedures to simulate the important part of the current queue-pulling logic:

Next, I set up a batch to log and monitor the workload I would throw at this. Using a simple logging table:

And then a simple batch that would loop, populate the logging table as the workload is running, and also trickle new rows into the table (to simulate more data being added to the queue):

Then I opened two instances of (an older version of) SQLQueryStress and let them rip, one at a time, calling the old and new stored procedure 2,500 times each, using 200 threads, to simulate the high concurrency of the production queue table usage. The results after 500,000 iterations each:

Throughput was slightly better with the filtered indexes and soft deletes, but I was surprised logical reads stayed so high. Of course this didn't account for other read queries against the queue and the more complex logic involved in the readers. And this workload doesn't really account in either case for the maintenance that will have to come at some point in the form of ghost cleanup and/or index rebuilds. Though I did call the maintenance routine about halfway through to see how it would impact things (the delete and FORCEGHOSTCLEANUP in the new case, and just FORCEGHOSTCLEANUP in the old case).

More interesting to me, though, were the results in the logging table. In these charts, orange represents the metrics for the current, delete-on-select model, and blue represents the new, soft delete approach. The point at which I called the maintenance routine in each workload should be obvious, though I did have to smooth out the curves a little because, in the new approach, overall system resource usage was lower — as a result, I was able to capture almost twice as many samples.

First, the overall size, as you might expect, is smaller with the filtered indexes, but it does creep up over time during the workload. The non-filtered indexes stayed the same size throughout (save for the drop after the cleanup): 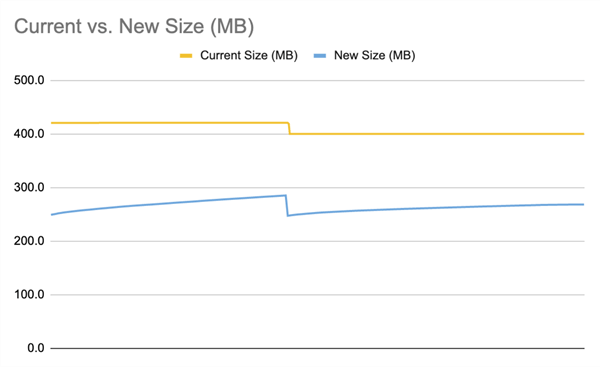 The impact to ghost records is profound, but when you think about it, updating a value that is the predicate for inclusion in a single index, versus deleting the entire row across all indexes, is going to lead to about 66% fewer ghost records (and they’re smaller, to boot): 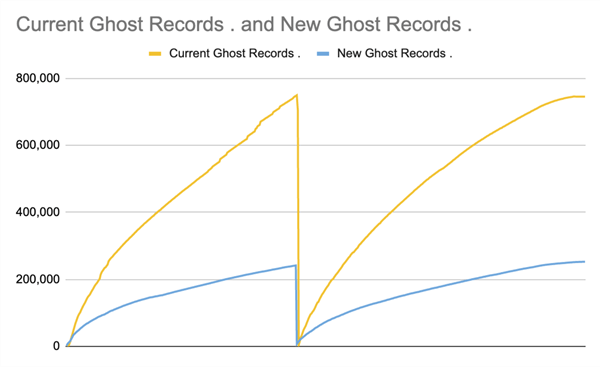 And finally, version ghost records are significantly lower in the soft delete scenario as well, but the pattern is a little more erratic: 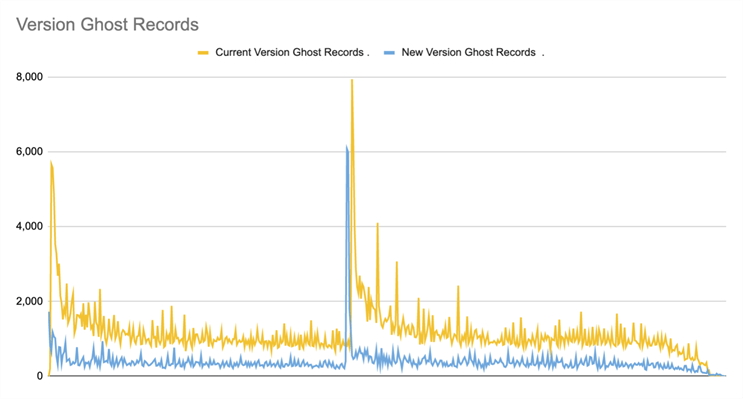 Nothing is free. But if you find you are constantly losing ground because ghost records can't be cleaned up quickly enough, one thing that can help is to reduce the number of ghost records you are creating. In my situation, this seemed to help all around — it made a minor improvement to queue table throughput and, more importantly, significantly slowed the rate of ghost record creation. Without running this change in a full-on production workload, and of course knowing nothing about your scenario, I can't guarantee that the impact will be exactly on this order. But it is roughly what I predicted when I first floated the idea, except for similar logical read figures, which I do plan to investigate.

How to resolve connectivity issues with SQL Server Availability Groups