Use caution with sys.dm_db_database_page_allocations in SQL Server

In a previous tip, I talked about a new function in SQL Server 2019, sys.dm_db_page_info. In that tip, I also talked about another (though undocumented) function, sys.dm_db_database_page_allocations. After some interesting behavior with the latter function, I thought I would give a little warning about its usage in larger systems.

I have a throwaway database in our dev environment ("OCopy") that I have been using for a variety of tests and demos. An interesting aspect of this database is that it has a table that is over 1 TB in size, and this is fun, because it tends to surface scale-related issues that I might not see otherwise.

As part of one of my recent tests, I wanted to count the 8k data pages in that large table before and after certain operations, like applying page compression or rebuilding indexes.

I tested this sequence on smaller tables first, to make sure my syntax was right, before I unleashed it on the mammoth. While overly simplified, I did something like this:

This took close to 30 minutes. Astute readers – or those who try the code above before reading on – will notice the typo in one of my arguments: smallatble. The function is rather forgiving; it assumes that when you pass NULL for the object, whether you intended to or not, you want the sum of page allocations for the entire database. But what I expected was just a larger number in the second output; I did not expect counting ~134 million rows from this dynamic management function to take 30 minutes.

I ran it again, this time capturing an execution plan and monitoring waits. The waits were relatively uninteresting; the relevant ones were as follows, and most were stable except for PAGEIOLATCH_SH:

This seems reasonable, since the function has to read every single page, even in limited mode. And watching sys.dm_os_buffer_descriptors, you can see more and more pages pulled into the buffer pool. But the numbers don’t make sense to me. At a point when there ~90,000 pages in the buffer pool, the session had already performed 4,542,291,613 logical reads. Yes, you read that right: four and a half billion logical reads, which seems quite disproportionate to me.

Except that if you switch to estimated costs and display for I/O only, we can see the fantastically low estimate as well as where SQL Server thought it would perform all of the I/O work: 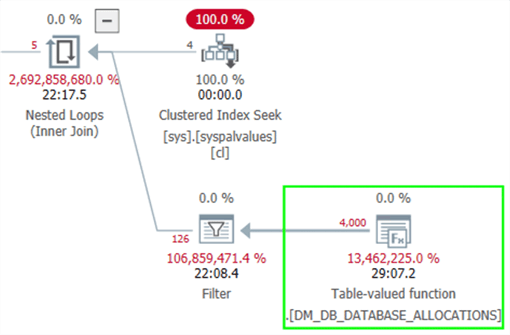 So, I set up some tests to see what happens in other cases. I had some other throwaway databases on this instance, of varying sizes: 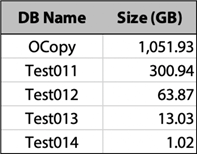 Then I set up a script that would simply time First, a logging table in a separate database (Utility):

Then a loop in a separate window to capture logical reads every 5 seconds throughout the tests (since these reset at inopportune times, it is harder to capture those inline):

Then the test for any given database looked like this (sample from Test011):

I ran the tests for all 5 databases, went for coffee, then cleaned up and summarized the data in the logging table. Here is the relevant information from just the tests involving reading the whole database because the table was not found (the results with the empty table that does exist were identical and uninteresting across all databases):

For the 1TB database, we see 9 billion reads. That’s about 14 times the number of reads than a database a little over a third its size (and took almost 10 times as long to process). The data shows how performance gets exponentially worse as the database gets bigger. The clearest way I could think of to show this in a chart would be to display logical reads per GB. For every GB of data, how many logical reads are required? For the four processes that ran long enough to capture logical reads, the hockey stick is very evident when plotted this way: 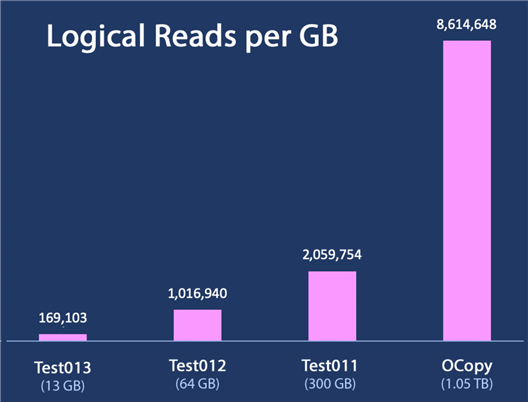 In addition to taking a long time, a couple of other things I noticed when using this function against a large database: 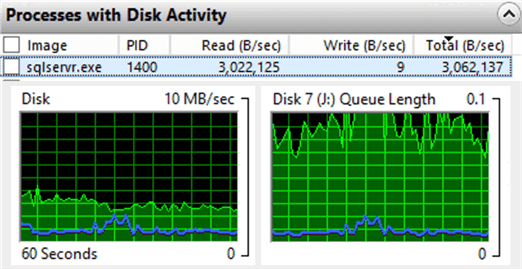 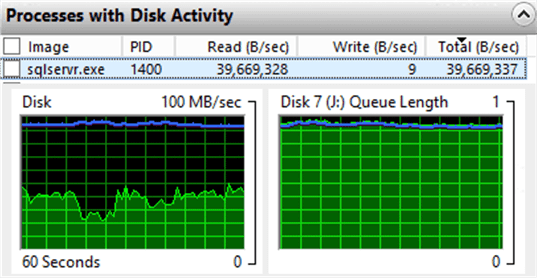 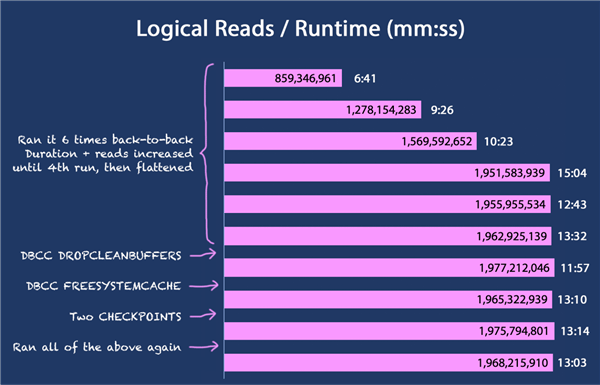 Various attempts to clear in-memory caches (DBCC DROPCLEANBUFFERS, DBCC FREESYSTEMCACHE('ALL')) had no effect, but I didn’t try a reboot. I can’t really explain this, yet. The logical reads are way too high even the first time the query runs, but it’s even more bizarre how the same query yields more and more reads each time it runs. In any case, something to watch out for.

How to Find Keywords in SQL Server Stored Procedures and Functions

Determine SQL Server memory use by database and object