We have replication setup on several SQL Servers to support business reporting. We received an alert about latency issues between a publisher and subscriber. The subscriber was more than 30 minutes behind the publisher. When looking into this issue, we were tried to use tracer tokens to troubleshoot the issue, but this feature was not working correctly.  I will cover the reason why this was the case and how it was resolved.

Now, there could be multiple reasons for this latency. There might be issue with the database, network, issue with data changes, duplicate entries, etc.

Microsoft introduced a feature called Tracer Tokens for replication for versions of SQL Server 2005 and later to check and troubleshoot latency issues to see if data is properly flowing from publisher to distributor to subscriber. This is a very useful feature to test the data flow.

The Tracer Tokens tab allows you to validate connections and to measure the latency of a system that uses transactional replication. A token (a small amount of data) is written to the transaction log of the publication database, marked as though it were a typical replicated transaction, and sent through the system, allowing a calculation of:

From these calculations, you can answer a number of questions, including:

So, now let’s come to our issue.

The assigned DBA has decided to use tracer tokens to validate the data flow between publisher and subscriber. He launched replication monitor and then clicked the "Tracer Tokens" tab to access its page. He then got the below window saying "Tracer tokens are supported only or Publishers running SQL Server 2005 or later". But the servers being used are SQL Server 2016, so this shouldn't be an issue.

Next, I will show you why above issue was displaying while troubleshooting the latency issue.

To view or change the compatibility levels, we can either use the screens in SQL Server Management Studio or we can use T-SQL statements. I have given both ways to check and change this value.

You can also check and change your database compatibility level using the following query:

So, I followed the GUI approach to check this setting. We can see the compatibility level shows that nothing is selected in the below image. 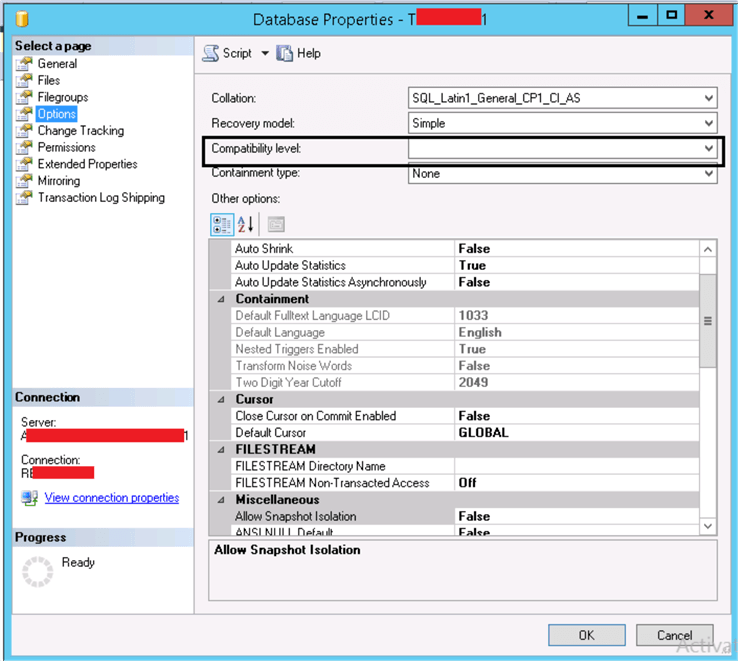 This turned out to be the main problem for this warning as the database engine was not able to identify the version of the database. When we clicked the drop down list of compatibility levels to choose from, we were surprised that no values were in the drop down.

We noticed that the compatibility level was not set, but we were getting values in the drop down as shown in the below image. So, we had selected the correct compatibility level as SQL Server 2016 (130) as per the database engine version and clicked OK to save the change. 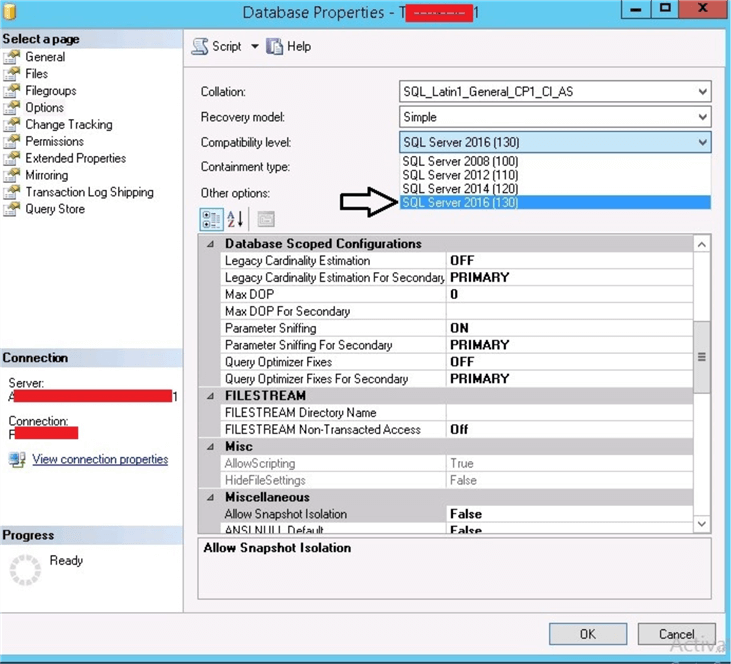 We launched replication monitor again to see if we could pass Tracer Tokens. This time we did not have any issues and the tab was accessible to pass tokens to check the data flow between the publisher and subscriber.

From this we learned that it is best not to use a lower version of SQL Server Management Studio to connect to higher version of a SQL Server instance, because it might behave abnormally. In our case we spent time trying to fix an issue that didn't even exist before we were able to fix the primary issue at hand.

There are two things learned from this experience:

Role of the Immediate Sync Option for SQL Server Replication

SQL Server Transactional Replication Error: Could not find stored procedure error and how to recover it by using sp_scriptpublicationcustomprocs

SQL Server Replication Error: cannot create publication because the server is too old