You're need to access a Microsoft SQL Server instance. If you're going to manage it or develop on it, you will need install a tool like Microsoft SQL Server Management Studio (SSMS) to do so. In this tutorial, we look at how to install SSMS via the GUI and command line.

We'll look at a brief history of SSMS, what it is, and walk through the process of downloading, installing, connecting to a SQL Server, some basic functionality, and how to check for new versions.

For the purposes of this tutorial, I am installing SSMS 18.10 on a Windows Server 2019 operating system Virtual Machine and will connect to a SQL Server 2019 SQL Server which are all the latest versions as of the time of writing.

Earlier versions of SQL Server came with a graphical tool (IDE) and SQL script editor called Enterprise Manager. It was upgraded along with each version and used up through SQL Server 2000. It was updated and repackaged based on Visual Studio toolset as SQL Server Management Studio in SQL Server 2005 and the name continues.

SSMS is a powerful integrated environment that lets you:

Obtaining SSMS is much easier now as there is no need to find your install media. Simply go to: Download SQL Server Management Studio (SSMS) and you will be redirected to the download page of the latest version.

Now that we have the installer, SSMS-Setup-ENU.exe, in our download directory we can choose one of the two install options. The first is the traditional way through the GUI by responding to prompts, in an attended install. The second is running it from a command prompt with some options for an unattended or silent install. As GUI method is the most likely method, we'll look at that first. 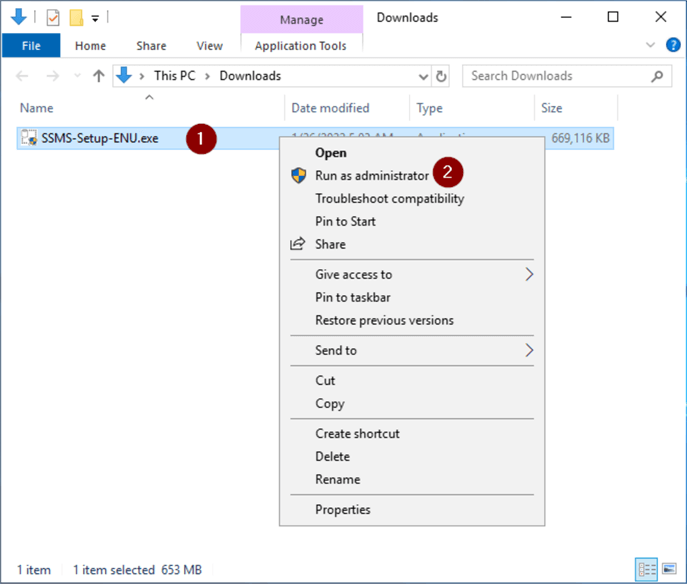 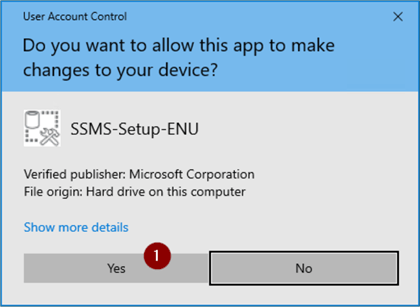 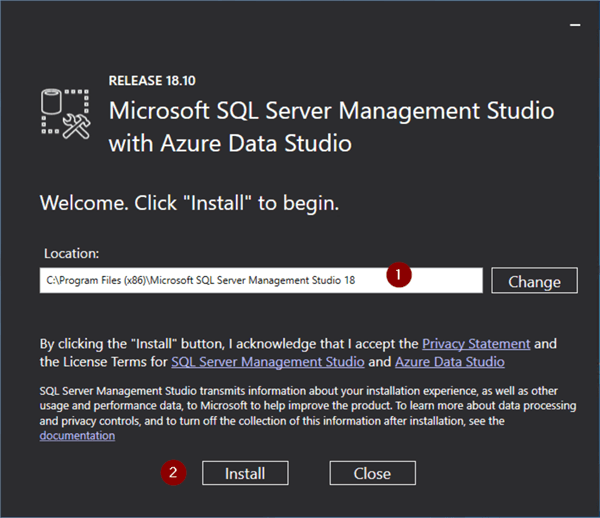 The 'Setup Completed' without any errors indicates the install is done. 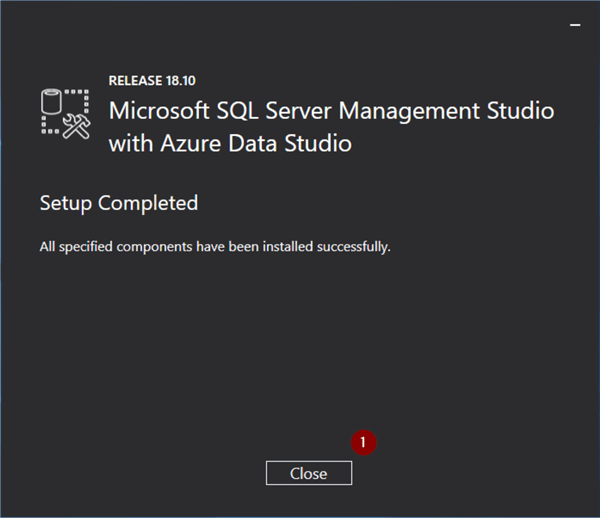 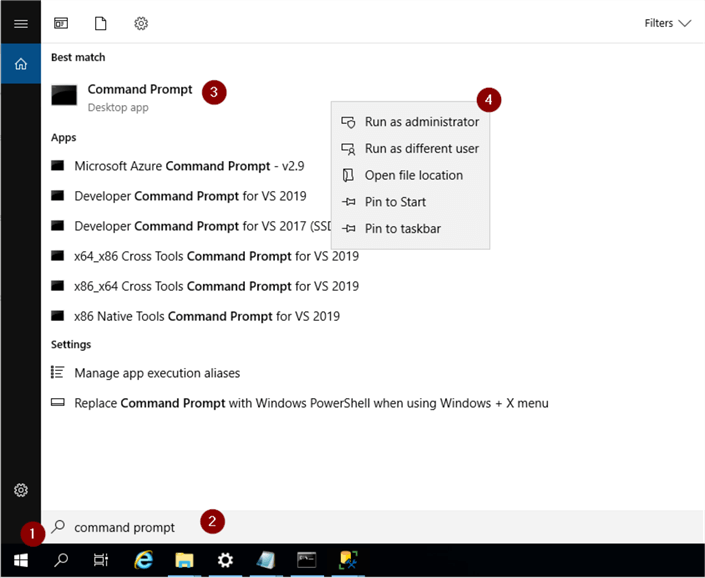 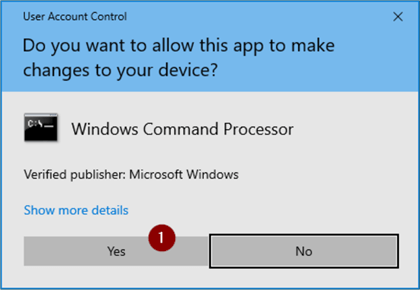 Use the 'cd' command to change to the directory where you downloaded SSMS-Setup-ENU.exe. For this example, I 'm opening the installer from my user's Downloads directory and installing it in the default install directory with the following commands.

When the command prompt returns, make sure there are no errors displayed on the screen and check the install log file under %TEMP%\SSMS

The install is done, and we can create a desktop shortcut to SSMS. 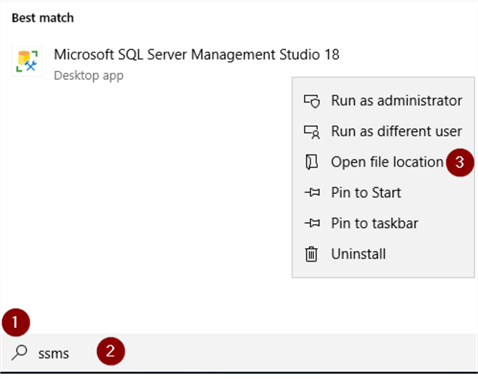 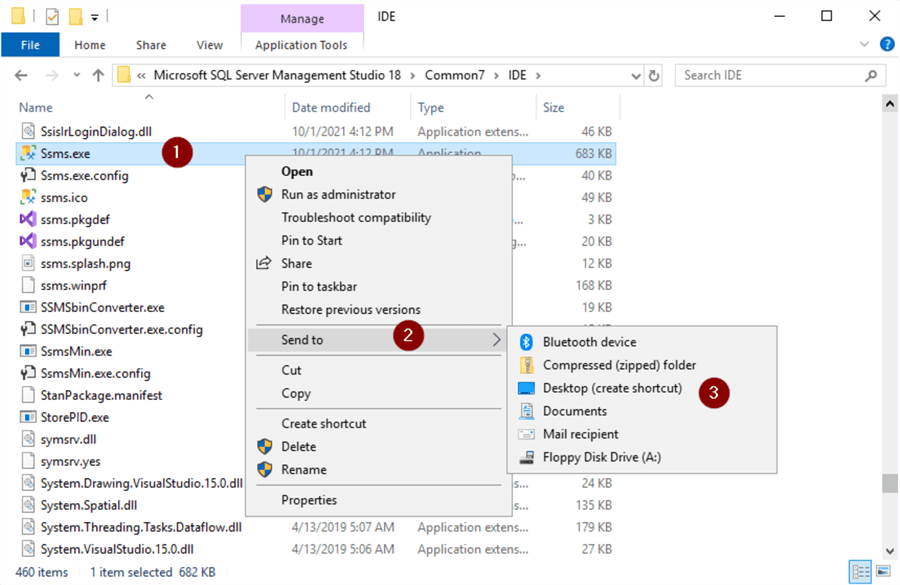 We know it's a shortcut so let's rename it. 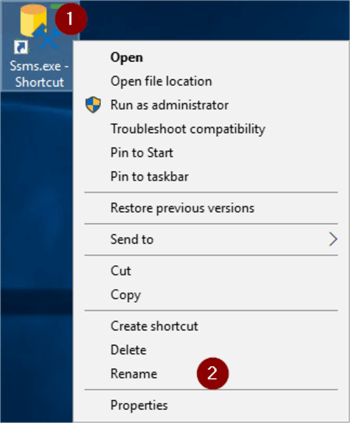 Start SSMS and Connect to Server 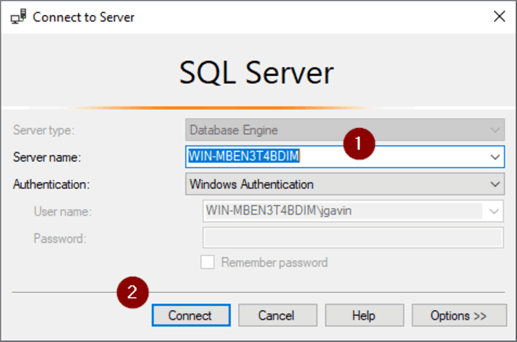 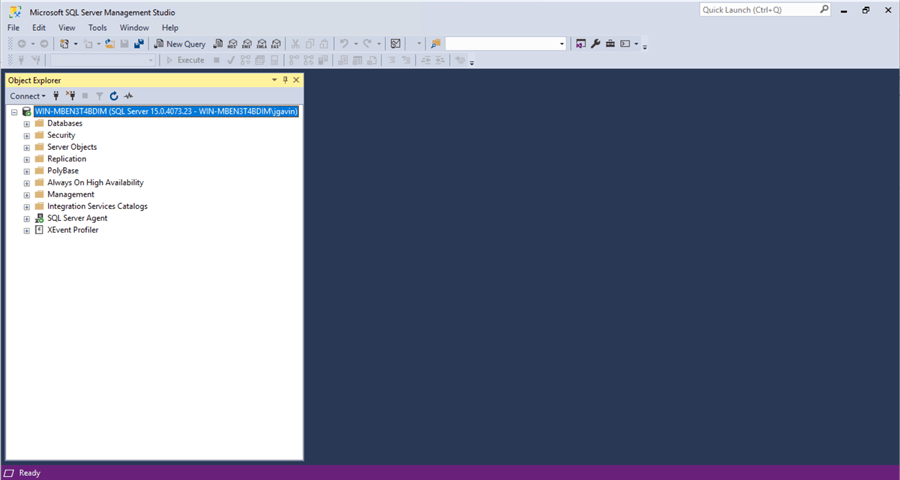 In the Object Explorer you can connect to another server, and expand a server dropdown where you can access Databases, Security Objects, SQL Agent, and more. 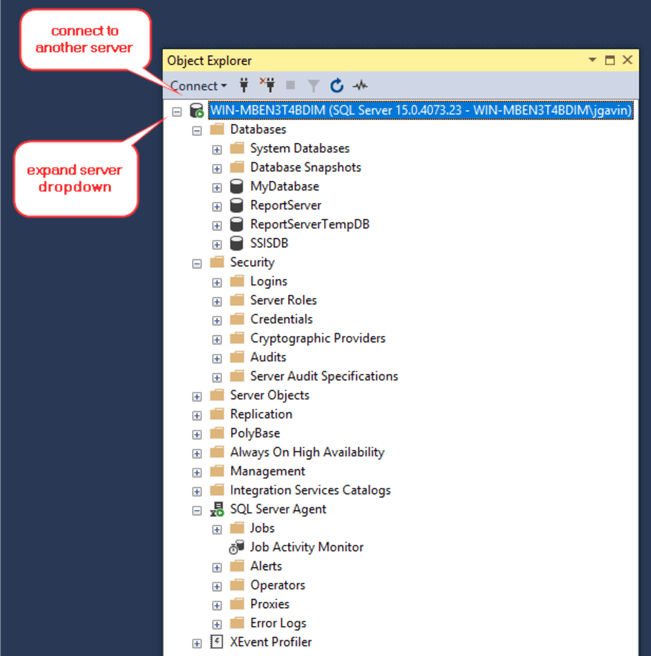 By default, SSMS will automatically check for updates when you start the application. 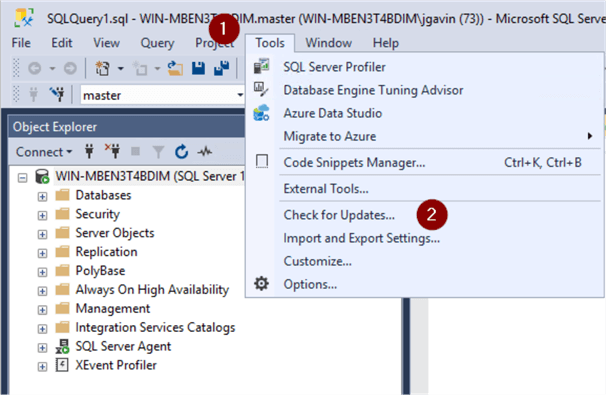 If there is an update available, a link to the download site will be displayed.

It's unlikely you would want to disable automatic checking, but if you do simply uncheck 'Automatically check for updates for SQL Server Management Studio'. 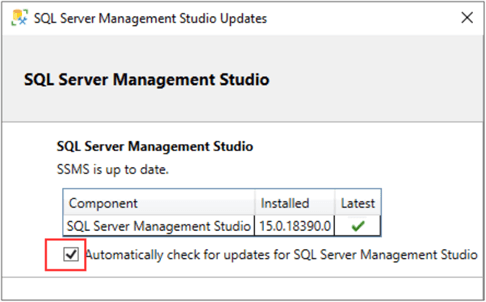 Joe Gavin is from the Greater Boston area. He started working with SQL Server and Sybase in 1998 in the financial services industry and has been a SQL Server Database Administrator for a dairy cooperative since 2011. He graduated from Northeastern University in Boston with a Bachelor of Science in Engineering Technology (BSET) degree in Computer Technology.