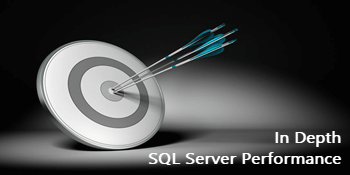 Optimal SQL Server performance remains a high priority for DBAs and Developers. Unfortunately, it is very difficult to identify the root cause of the issue, optimize the queries, implement the needed changes and validate the improvement. Learn how SQL Grease goes in depth on your queries to give you the insight you need to have the application performance your users demand.

Just about all SQL Server performance related tips talk about using data from Performance Monitor and data from SQL Profiler.  The big draw back has always been that they are two totally separate tools, with different interfaces and therefore you need to figure out a way to correlate the data between the two applications on your own.  This was the old way of doing things, but with SQL Server Profiler for SQL 2005 and later this has changed.

The version of SQL Server Profiler that comes with SQL Server 2005 and later allows you to load both performance counter data and trace data.

Once you have the data collected you need to launch SQL Server Profiler and load your trace file.

After you load your trace file you need to import your performance data.

As you can see this is pretty easy and also can give you added insight by looking at both sets of data at the same time. The only thing to keep in mind is that you need to make sure you collect the StartTime and EndTime in the trace file, so this tool can correlate the times when displaying the data.