Snapshot replication fails when trying to import data from the distributor. You get an error message similiar to "Could not bulk load. The sorted column 'rowversion' is not valid. The ORDER hint is ignored." In this tip I go over a solution to fix these issues.

Not long ago I was trying to create a snapshot replication between two SQL Server 2005 servers and I came across the following errors.

The original table schema (on the publisher) is as follows:

This error message, "Message: Could not bulk load. The sorted column 'rowversion' is not valid. The ORDER hint is ignored.", does not explain very well what the error is, so I tried to manually run (at the Subscriber) the following bcp command to see if the bcp command was able to capture a comprehensive error list inside the errorfile file. The bcp -e option redirects the error to a file. In my configuration the Distributor and Subscriber are on the same server.

Basically, Microsoft Support made me add a parameter -UseInprocLoader to the import job in order to force SQL Server to use BULK INSERT instead of bcp.

This is how it works. On the distributer server right click on the SQL Job created during the creation of the new subscription. 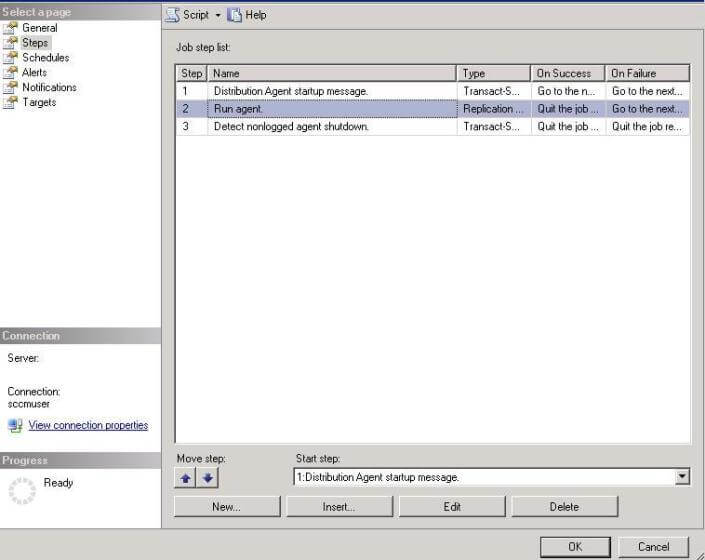 Select Step 2 "Run agent" and click on Edit and add the parameter -UseInprocLoader at the end of the configuration string as shown below. 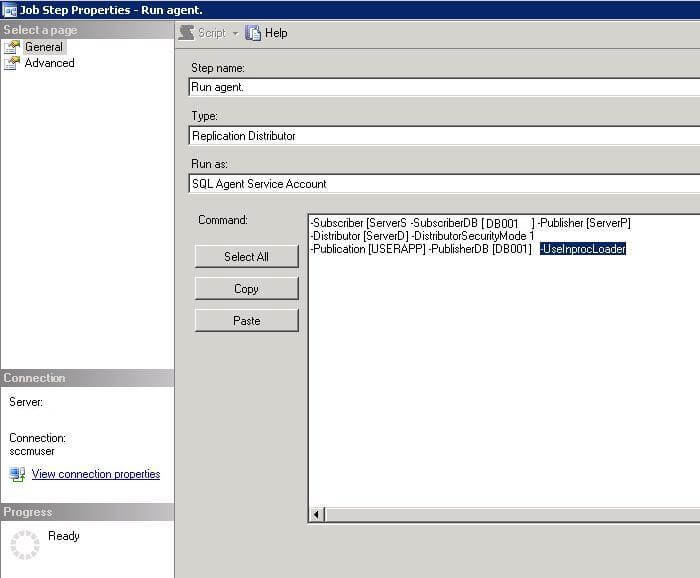 Once it is done, the publication needs to be reinitialized and everything works fine.

The only catch is that both SQL 2005 Servers need to be on Service Pack 3 or later, otherwise you may come across the following error.

Role of the Immediate Sync Option for SQL Server Replication

SQL Server Transactional Replication Error: Could not find stored procedure error and how to recover it by using sp_scriptpublicationcustomprocs

SQL Server Replication Error: cannot create publication because the server is too old