Deployment has always been a challenge for SSIS developers to deploy packages. SSIS developers are envious of SSRS/SSAS developers as they have an easy way to create a single unit of deployment (deployment package) that contains everything needed for the deployment. The good news is the inclusion of the SSIS Package Deployment Model in SQL Server 2012. In this tip I cover what it is and how to get started to simplify your SSIS package deployments.

Apart from handling the deployment issues, managing the configuration file for each environment for each package was also a pain in the Legacy Deployment model. The new Project Deployment Model includes Project/Package Parameters, Environments, Environment variables and Environment references.

So before I jump into an example, let me first explain some of the key terms:

When a project in this model is built, a deployment packet is created with an ispac extensions which includes all your packages and parameters in one packet. The deployment packet does not contain any additional files like text files, image files if you added them in the project. To learn more about Project Deployment Model click here.

Integration Service Catalog
You can create one Integration Services catalog per SQL Server instance. It stores application data (deployed projects including packages, parameters and environments) in a SQL Server database and uses SQL Server encryption to encrypt sensitive data. When you create a catalog you need to provide a password which will be used to create a database master key for encryption and therefore it's recommended that you back up this database master key after creating the catalog.

The catalog uses SQLCLR (the .NET Common Language Runtime(CLR) hosted within SQL Server), so you need to enable CLR on the SQL Server instance before creating a catalog (I have provided the step below for this). This catalog also stores multiple versions of the deployed SSIS projects and if required you can revert to any of the deployed versions. The catalog also stores details about the operations performed on the catalog like project deployment with versions, package execution, etc.... which you can monitor on the server. There is one default job provided for cleanup of operation data and can be controlled by setting catalog properties. To learn more about this click here.

Project Parameters and Package Parameters
If you are using the project deployment model, you can create project parameters or package parameters. These parameters allow you to set the properties of package components at package execution time and change the execution behavior.

There can be three default values for these parameters:

When defining a variable you can mark it sensitive and hence it will be stored in an encrypted form and NULL will be returned if you query it using T-SQL. To learn more click here.

What I want to do in this example, is create a project with multiple packages and build a deployment packet for the deployment. Then I will deploy the project to the Integration Services catalog and create different environments (TEST and PROD) and finally I will update the deployed project properties to use an environment reference. For execution, depending on the environment selected the data should be moved to the respective environment. The design of each individual package is very simple, it first truncates the destination table, moves data from the source (always the same for this example) to the destination (which varies depending on the environment reference chosen at execution time) and finally sends a confirmation email. For example, if I am choose the TEST environment the data should move to test database or if I choose the PROD environment the data should move to the production database.

These are the steps we will cover in this tip series: 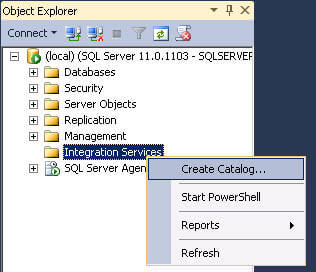 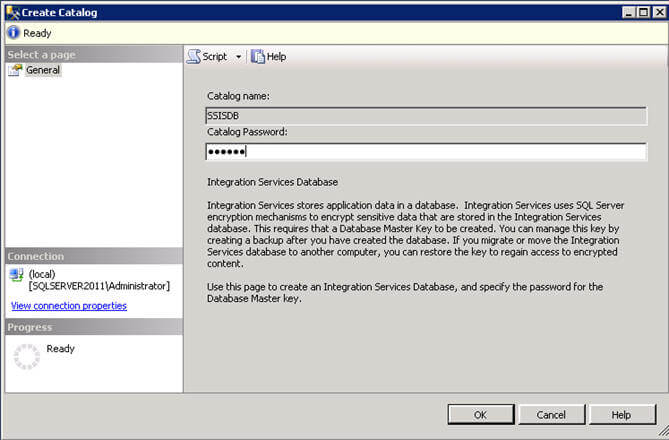 To enable CLR on a SQL Server instance you can execute the script below. Once you have enabled CLR you can go ahead and create the Integration Service catalog as discussed above. 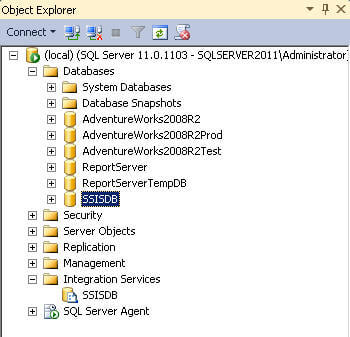 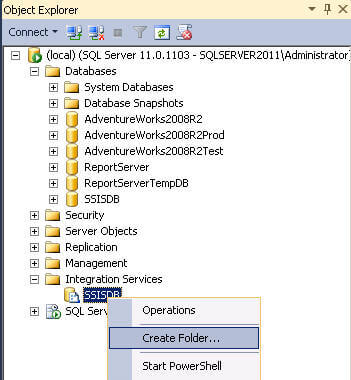 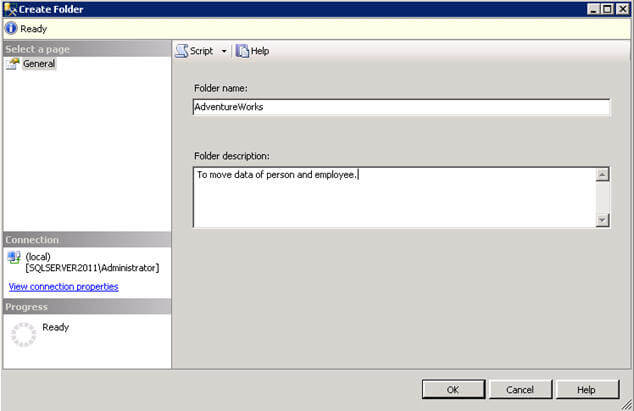 The way we develop SSIS project/package in SQL Server 2012 remains the same as what we have been doing, so I am not going to talk in detail about SSIS project/package creation (to learn basics of SSIS you can refer to this tutorial) but rather directly jump into the development for the example. One noticeable difference in the SSIS project created in SQL Server 2012 is that by default the SSIS project will be created in Project Deployment mode, but if you need to you can change it by right clicking on the project in Solution Explorer and clicking on "Convert to Legacy Deployment Model".

A SSIS project in Project Deployment model creates a deployment packet (with *.ispac extension) that contains everything (all packages/parameters) needed for deployment unlike the Legacy Deployment mode in which each SSIS package is separate unit of deployment.

As per our requirement we need to have one SSIS project with a couple of packages. I will keep the design of the package very simple, it first truncates the target table, moves the data from the source to the target table and sends the confirmation email at the end. 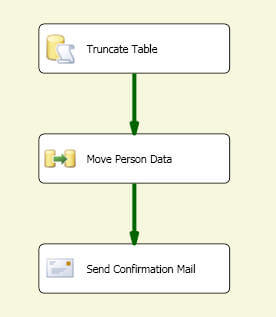 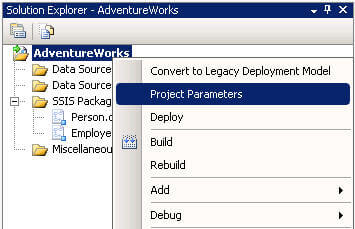 On the Project Parameters window, click on the New Parameter icon in the upper left and specify the name of the project parameter. In this case I want the parameter to hold the database name hence I have specified DatabaseName name for the parameter and the default value specified as "AdventureWorks2008R2Test". This means if the package is executed in the designer, data will move to AdventureWorks2008R2Test database.

To make a connection manager to dynamically use the database name, you need to configure the Expression property of the TargetConnection connection manager and specify the value of InitialCatalog property to come from an expression (in this case project parameter which we created above) as shown below: 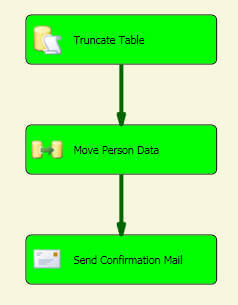 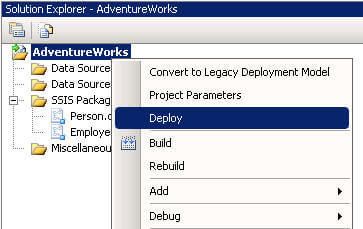 Clicking on the Deploy menu item will launch the Integration Services Deployment wizard and the first screen of the wizard is a welcome screen as shown below. You can choose not to show this screen next time by clicking on the checkbox on bottom. Click on Next button to move ahead: 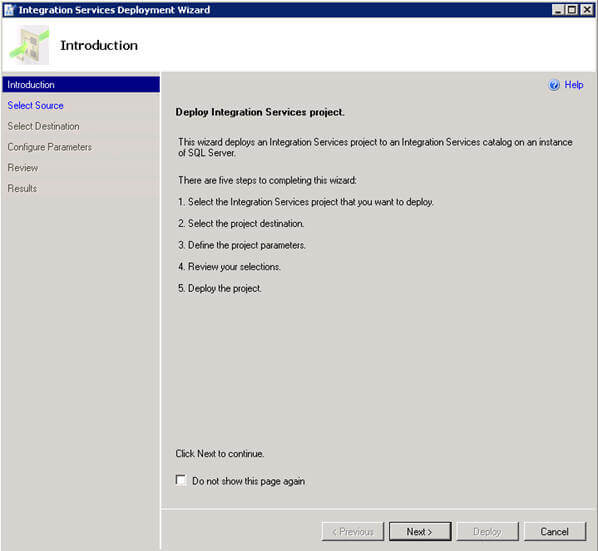 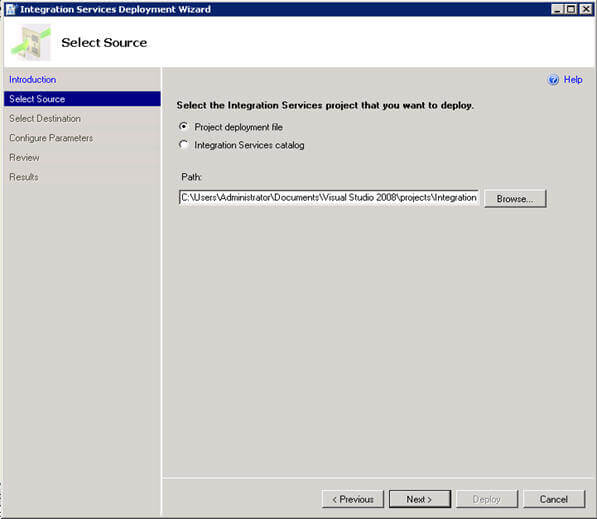 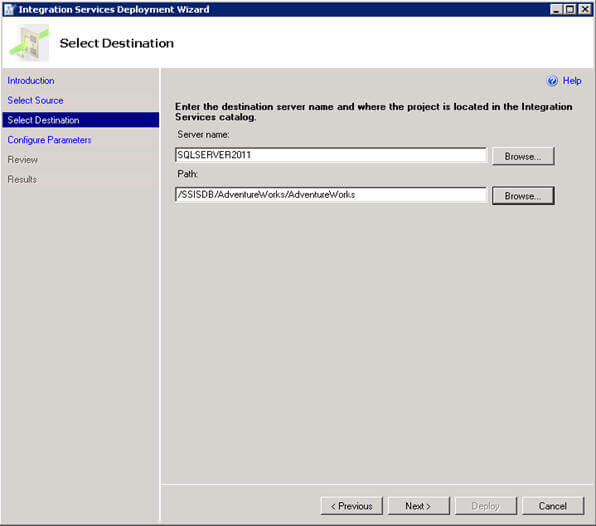 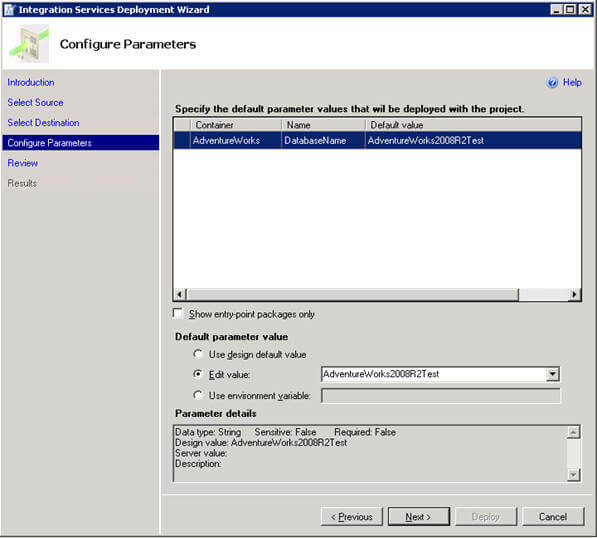 The next screen of the wizard is a review screen where you review your selections, you can click on the Deploy button to start the deployment of the project as shown below: 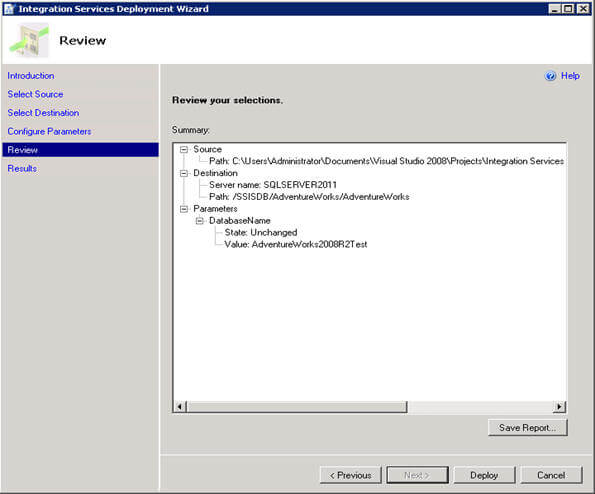 The final screen of the wizard shows the deployment progress and deployment status as you can see below. If there are any failures they will be marked red and you can click on the Result column to see the reason for the failure. 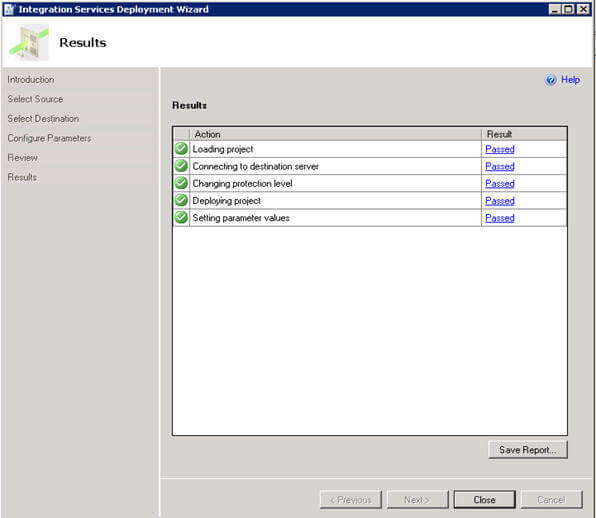 Since our deployed was successful as shown above, we can connect to the Integration Services Catalog using SSMS and verify the deployment as shown below: 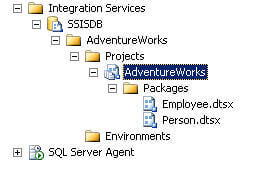