I heard there are couple of enhancements in SQL Server 2012 for SSIS. What are these enhancements and how do they improves the usability, productivity, manageability and performance of SQL Server Integration Services?  Learn about these items and more in this tip.

In the first tip of this series (SQL Server 2012 SSIS Enhancements Part 1 of 2) I talked about usability enhancements in Control Flow Designer and related things. In the second tip of the series, I am going to talk about some of the UI or usability changes in the Data Flow Designer which improves the productivity of a new or experienced SSIS developer. Let's jump in. 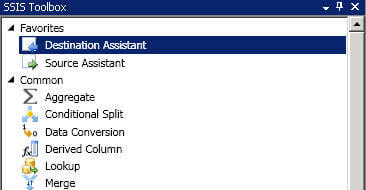 The "Add New Source" or "Add New Destination" window, by default displays only the sources or destinations already installed on your system although you can uncheck "Show installed only" checkbox to display a larger list of source and destination types. You select the source or destination type in the list on the left side of the window and you have the option to create new connection manager of that type on the right side of the window. You can see in the image below, that if there are existing connection managers of a selected type, those will also be shown in list on the right side.

I want to create a Connection Manager for Excel and hence in the image shown next, I have selected Excel in list of "Types" on the left side of the screen and <New> on the right side of the screen. In the Excel Connection Manager screen I was prompted for the Excel file path, Excel version and whether the first row has column names or not as shown below:

Completing the form and clicking on the "OK" button twice will create an Excel Connection Manager and an Excel Source as shown below:

When the number of components increases in the data flow designer, it starts looking cluttered and becomes difficult to manage on the designer surface. Now the good part is, you can group components inside the data flow designer to make the design interface more organized. You can select all the logical related components, although its not mandatory, right click on any one of them and the click on "Group" menu item as shown below. Please note that using the "group" option is a designer object only unlike the Sequence Container in the Control flow and hence the "group" option does not change the runtime behavior of the package.  Here is example screen shot of grouping three objects: 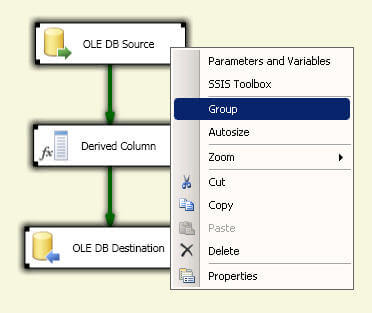 Once the components have been added in a group, a group looks like a container for those components. You can move the group and the components inside it will move along with it. You can even collapse or expand the group to free up some space on the designer surface as shown below: 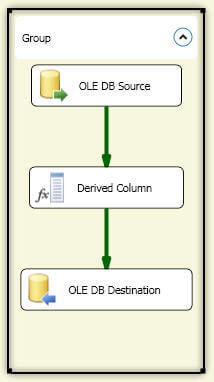 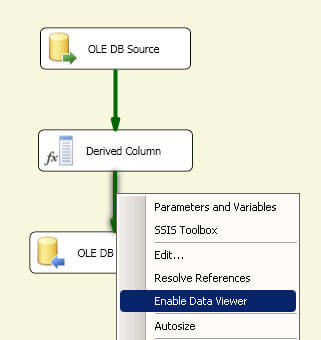 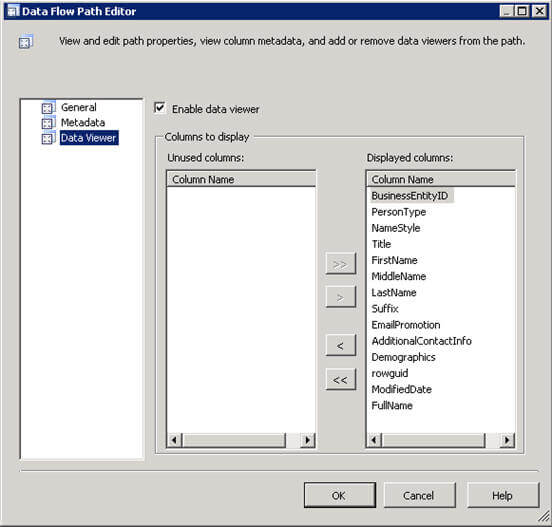 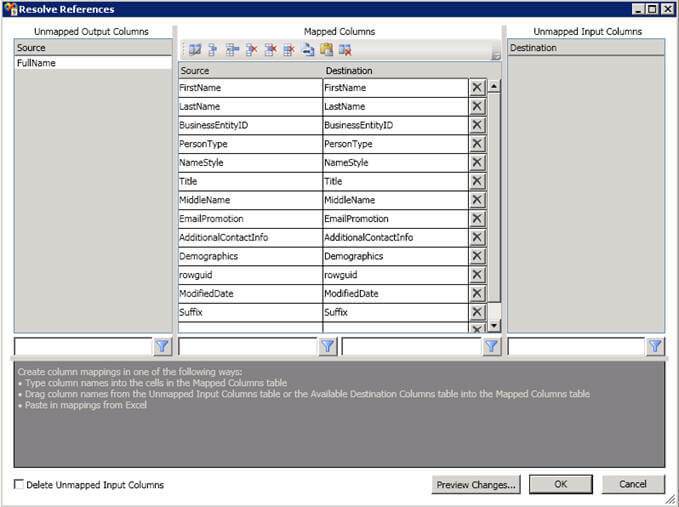