If you've ever written the T-SQL commands to drop and add foreign keys, you know there has to be a better way. In this tip I'll be using SQL Server 2008 R2 and will walk through an SSIS solution that performs the following steps:

Each of the above steps will be implemented in its own SSIS package and I'll have a master package to run everything. My goal is to create something that can easily be added to a new or existing extract, transform and load (ETL) process.

The control flow for the master package is shown below: 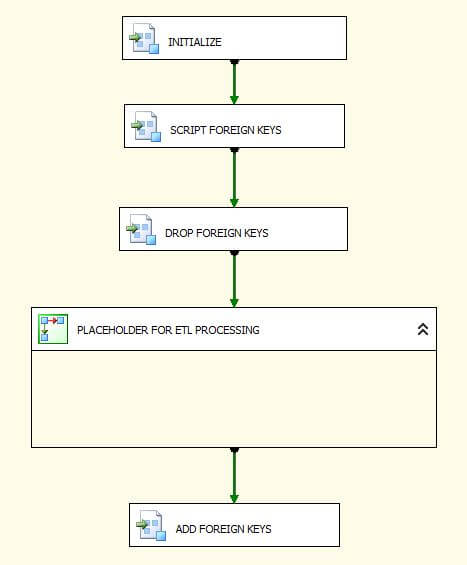 I will cover the details on each package in the sections that follow. The PLACEHOLDER FOR ETL PROCESSING is just that; I'm not going to go through any Data Flows where we extract data, transform it, and load it into a table. My focus is on dealing with dropping and adding foreign keys.

The INITIALIZE package creates the tables used in the solution. The control flow for the package is shown below: 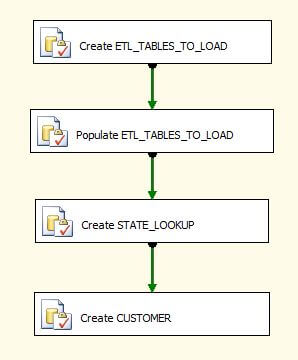 The following tables are created: 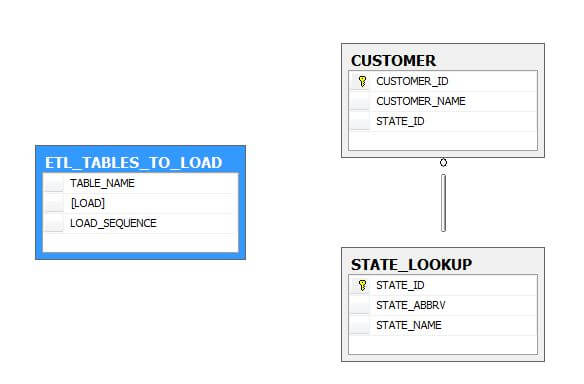 The Execute SQL tasks that create the tables do so if the table does not already exist; e.g.:

Wherever possible I like to include this type of logic in an SSIS package so that when it is executed it can create tables or other database objects that are required instead of having a separate installation program.

The control flow for the package is shown below: 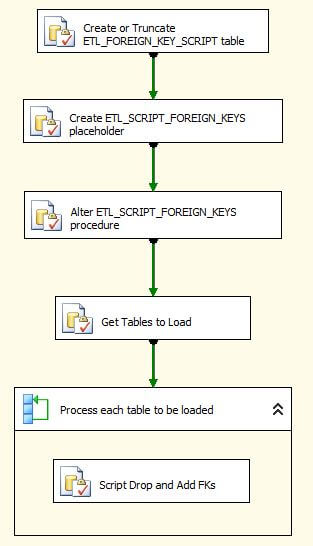 The following are the main points about the control flow:

The ETL_SCRIPT_FOREIGN_KEYS stored procedure is based on the tip Disable, enable, drop and recreate SQL Server Foreign Keys. I took the code from the tip and changed it to write the T-SQL commands to drop and add the foreign keys that reference a table to the ETL_FOREIGN_KEY_SCRIPT table. Take a look at the earlier tip for the complete details. The stored procedure generates the T-SQL commands to drop and add any foreign keys for a given table.

The above control flow has two tasks that work together to make sure that the ETL_SCRIPT_FOREIGN_KEYS stored procedure exists:

The following is the T-SQL code in these tasks:

The following is an example of the generated T-SQL commands in the ETL_FOREIGN_KEY_SCRIPT table:

The DROP FOREIGN KEYS package queries the ETL_FOREIGN_KEY_SCRIPT table and retrieves every row where the COMMAND = 'DROP'. It then iterates over this list and executes each T-SQL command to drop a foreign key. The control flow for the package is shown below: 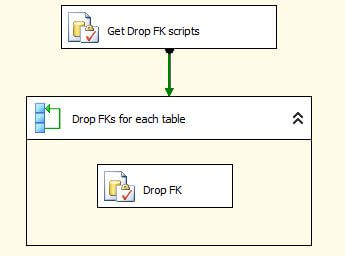 The ADD FOREIGN KEYS package queries the ETL_FOREIGN_KEY_SCRIPT table and retrieves every row where the COMMAND = 'ADD'. It then iterates over this list and executes each T-SQL command to add a foreign key. The control flow for the package is shown below: 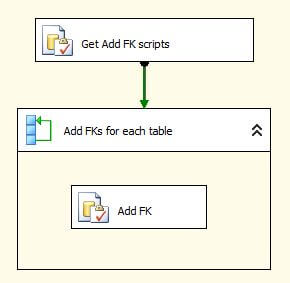 Drop and Re-Create All Foreign Key Constraints in SQL Server

Getting Started with HDInsight - Part 2 - Introduction to Azure HDInsight PowerShell