While writing and editing scripts, we often try to use the keyboard as much as possible. This should be the same for SQL Server scripts as well. When using the Query Designer in SSMS there are some shortcuts that will help you be more efficient and in this tip we will take a look at a few of these shortcuts.

As you know, shortcut keys play a vital role. A shortcut is a key or combination of keys assigned to perform an operation.

The best and familiar shortcut keys are:

These are all familiar shortcuts keys which are common and standard across most of the modern operating systems and associated applications to perform the same activities.

In this tip, we will look at a couple of shortcut keys to work with the "Query Designer" editor in SSMS.

The designer can be launched in two ways. One is via the Menu and other is through shortcut keys.

From the top menus in SSMS, click on "Query" then select "Design Query in Editor" to launch the designer as shown below.

Note: the Query menu is only visible when the mouse is in a Query Window 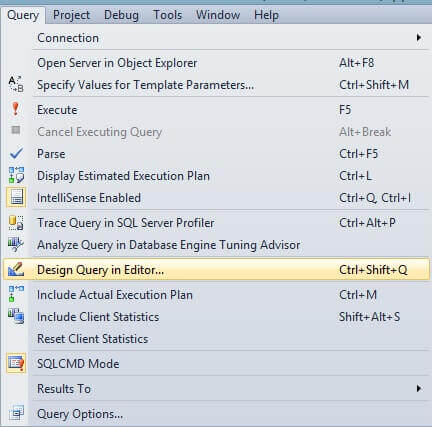 Or press CTRL + U key inside a query window to change the database the query will execute against. 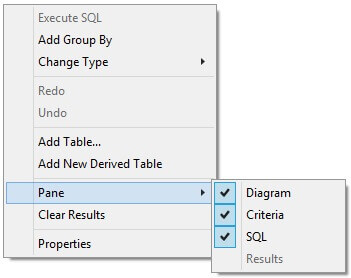 Here are the different sections. 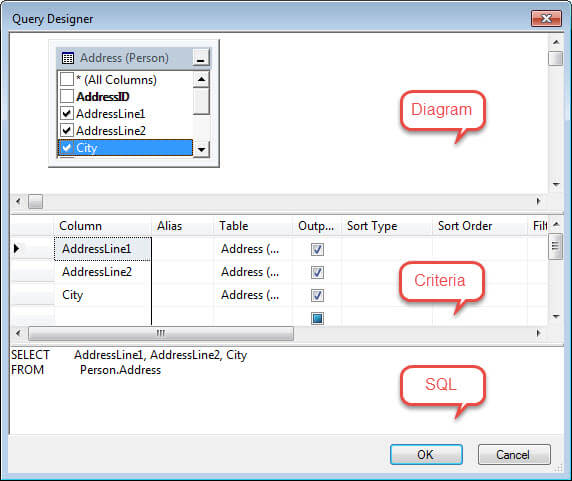 Each section can be toggled via shortcut keys as we will show below.

When you are done making the changes click OK and the query will be placed in the query window so you can execute the query just like any other query.

Babu Akkandi is a BI Professional and has 11+ years of experience in the IT industry and has been working with SQL Server since version 7.0.