As DBA and Developer responsibilities grow on a daily basis, we how can we improve our productivity? Due to the time it takes to use the toolbar, menu bar or mouse, do I have any other options? Are there keyboard shortcut for SQL Server Management Studio? Could these help me improve my productivity? Check out this tip to learn more.

We often overlook different SSMS shortcut keys which provide a boost in DBA and Developer productivity. In the second tip of this series (SQL Server Management Studio keyboard shortcuts - Part 1), I am going to further explain shortcut keys for managing Intellisence, debugging, running your code and many more. Let's jump right in.

SQL Server 2008 and later versions include IntelliSense which let's you know about objects in the database, supports T-SQL syntax, gives the parameter info of the stored procedures or functions. Although IntelliSense works by default (you can enable or disable it as and when required), there are times when you want to manually list a set of objects or members. This can be accomplished by pressing CTRL+J as shown below: 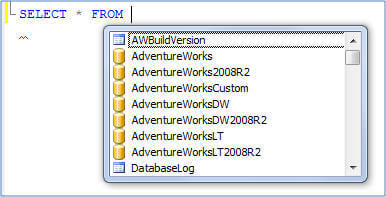 To minimize the typing effort, you can use the auto complete feature of IntelliSense. Simply press ALT+RIGHT ARROW and it will complete your word by the best and first matching member list. If it finds more than one item it shows a list as shown below to choose one. You can also press CTRL+SPACE to bring up this list.

When we first connect to the database, list members are queried and stored in the local cache for better performance. Unfortunately, if someone creates additional objects, those new objects will not be listed. When this occurs, you need to refresh the local cache. Refreshing the local cache can be accomplished by pressing the CTRL+SHIFT+R keys or you can also perform this actions using the menu bar (Edit | IntelliSense | Refresh Local Cache) shown below: 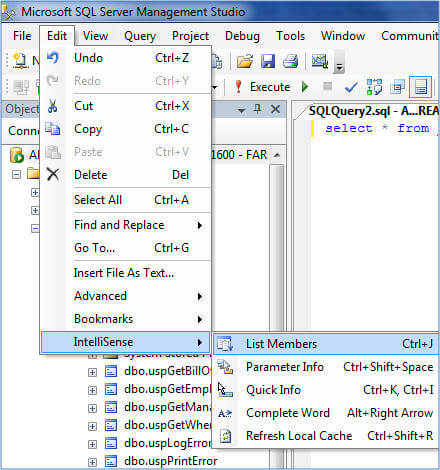 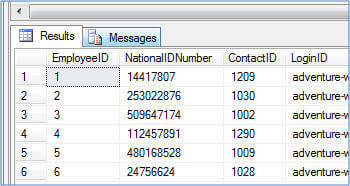 By default the result set is displayed in the grid format, but you can change it to display as text or send the results directly to a file. To change the setting to display results as text, simply press CTRL+T before execution and result would display as shown below next time when you execute your script. To send the results to a file press CTRL+SHIFT+F before script execution. If you want to revert the setting back to return the results in a grid you can press CTRL+D before script execution and next time you will see your results in the grid.

During query analysis you might need to know the execution plan of a query even before executing it. To find this out, press CTRL+L to display the estimated query execution plan as shown below without actually running the whole query (in fact it runs for top 1 row).

If for some reason you would like to cancel a long running query, for that hit ALT+BREAK to cancel the current query execution.

In SQL Server Management Studio, you can debug scripts. To start debugging from the first line press ALT+F5. To toggle a breakpoint on the line simply traverse to that line and press F9. To delete all the breakpoints from the query window at once, press CTRL+SHIFT+F9. A breakpoint is denoted by a tiny red circle placed on the left side of the query window as shown below:

While debugging you can press F11 to step into the called module or F10 to step over the called module. You can also press F5 to go to the next breakpoint instead of going one statement at a time.

Sometimes when you are working on a long script in the SSMS query window, it might appear small for you, in that case you can hit SHIFT+ALT+ENTER to toggle the query window in full screen mode as you can see below: 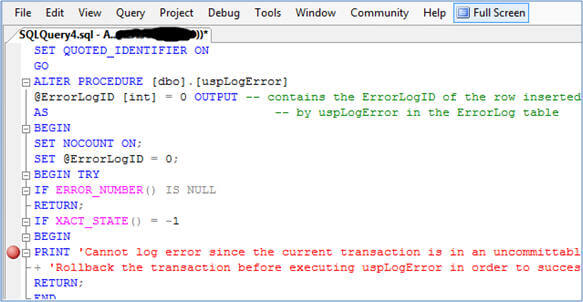 For help, you can select the object and press ALT+F1 to display the meta information about that object stored in the database as shown below.

If you are looking for help in Books Online you can select the keyword and press F1 to launch BOL with information about that selected keyword if it exists.

Here are the shortcut keys for common SSMS windows: