SQL Server Integration Services (SSIS) 2012 introduced a new concept of managing projects and their packages: the project deployment model. Using the project deployment model, it was not possible to deploy individual packages to the server. In the new and upcoming release of SQL Server 2016, it will be possible to deploy packages incrementally to the server, just like in the old versions of SSIS. In this tip we will take a closer look at this capability.

The issue with older versions

This might result in some difficult scenarios. Suppose you have a single project with two packages: package A and package B. In a previous deployment, you have deployed working versions to the SSIS catalog (the central storage and management entity in SQL Server for the project deployment model) on the server. You are adding new features to package B, resulting in a currently unfinished not-working version of package B in Visual Studio. Suddenly a bug is discovered in package A. You fix it and you want to deploy package A as soon as possible to the server. However, since you are working with the project deployment model, you need to deploy the entire project to the server, meaning a not-working version of package B will be deployed as well, which will break the build at the server.

To solve this issue, there were three options:

In SSIS 2016, an option is added so you can deploy individual packages again to the SSIS catalog, instead of the whole project. At the time of writing, there was no SQL Server Data Tools for Business Intelligence (SSDT-BI) released that supported this new feature. This means there are no screenshots of this new feature from Visual Studio. However, we can still test the functionality using the Integration Services Deployment Wizard. Functionally, the wizard is exactly the same when deploying a project from within Visual Studio.

When you have installed SQL Server 2016 CTP2 preview or a later version, you can find the wizard in the start menu. 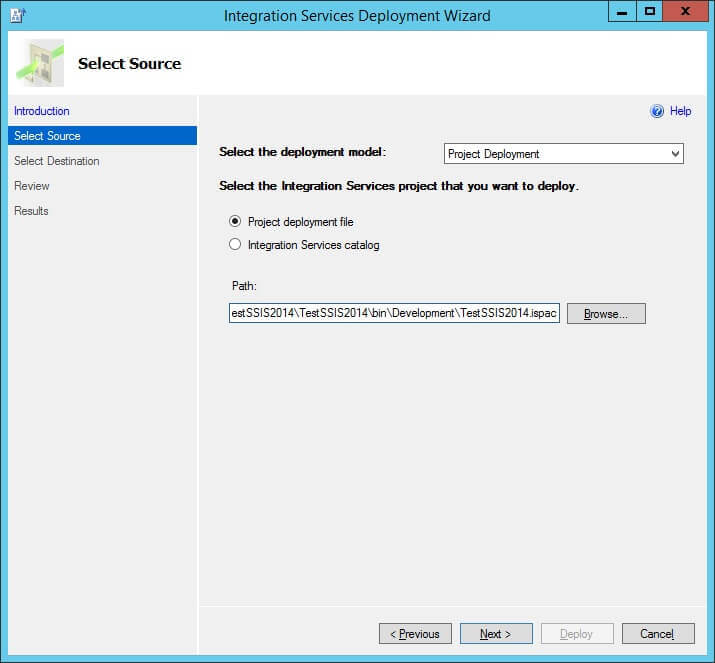 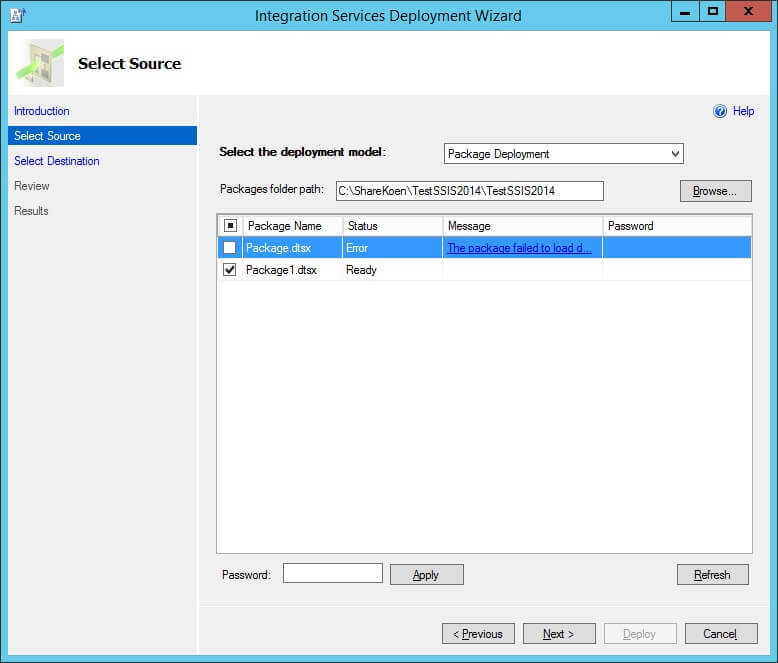 In the above screenshot I browsed to a project where two packages are located. Since the first package returns an error, I can now safely disable it so I can deploy only the second package to the server. Using this deployment model, it doesn’t matter if you created the SSIS packages using the project or package deployment model in Visual Studio.

At the next screen, you need to select a destination server and a destination path at the SSIS Catalog. Remark that there is no option to deploy to the MSDB database. 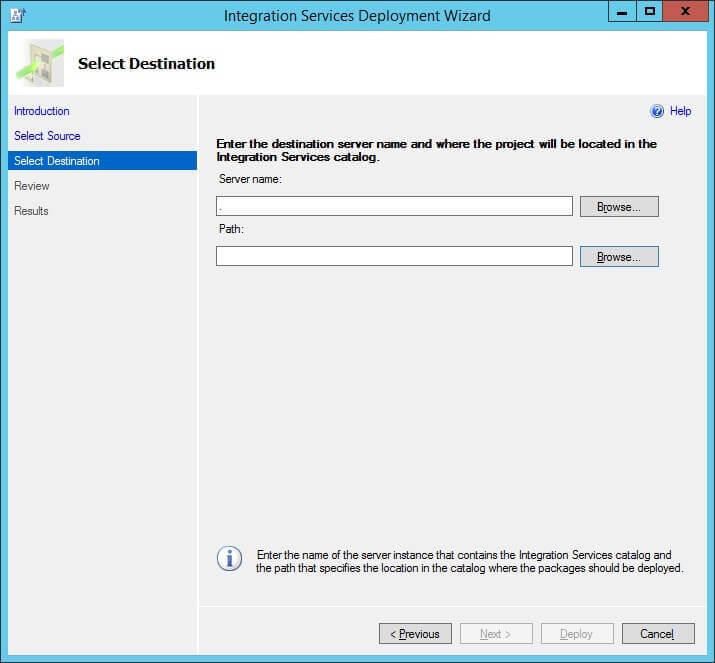 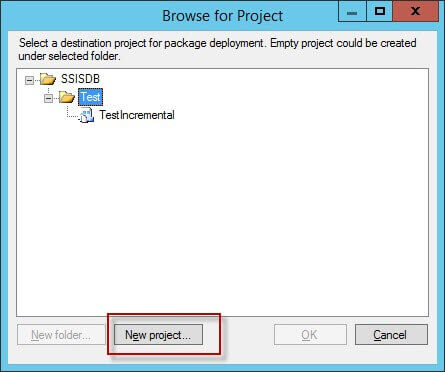 After you have successfully deployed the packages, they are now stored in the SSIS catalog. 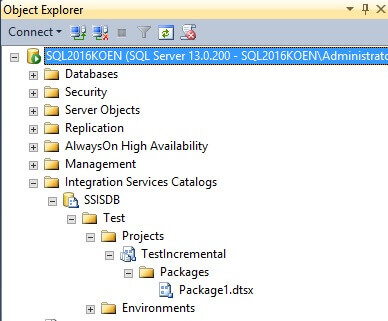 Using the package deployment option, it is now also possible to deploy packages from one project to another project.

Using the new incremental deployment option in SSIS 2016, it is now easier to deploy changed packages to the SSIS catalog. You can choose any packages you want and deploy them to any location on the SSIS catalog, allowing much more flexibility than in previous versions of SSIS.