I have a table with data encrypted by the Always Encrypted feature of SQL Server 2016. I need to use this table as a lookup table in Integration Services (SSIS), but I can't make this work. How can I solve this issue?

At the time of writing, SQL Server 2016 is still in preview (currently CTP 3.2 has been released). This means functionality or features of the Always Encrypted or Integration Services might change, disappear or be added in the final release.

We will use the same table, Sales.CustomerPII, of the AdventureWorks2016CTP3 sample database, which can be downloaded on Codeplex. However, this time we will read a sample line from this table, perform a lookup on the same table to retrieve sensitive data and then write the results to another table, which is also encrypted by Always Encrypted. Don't forget to download the sample scripts as well, as they contain the private key file needed to interact with the Always Encrypted data.

You can use the following script to create a copy of the Sales.CustomerPII table, albeit with less columns.

The binary collations for the encrypted columns are a prerequisite of Always Encrypted. The following statement will be used to extract one single CustomerID from the original Sales.CustomerPII table.

Let's try to use a Lookup component configured with a full cache. The following query is used to retrieve the lookup data: 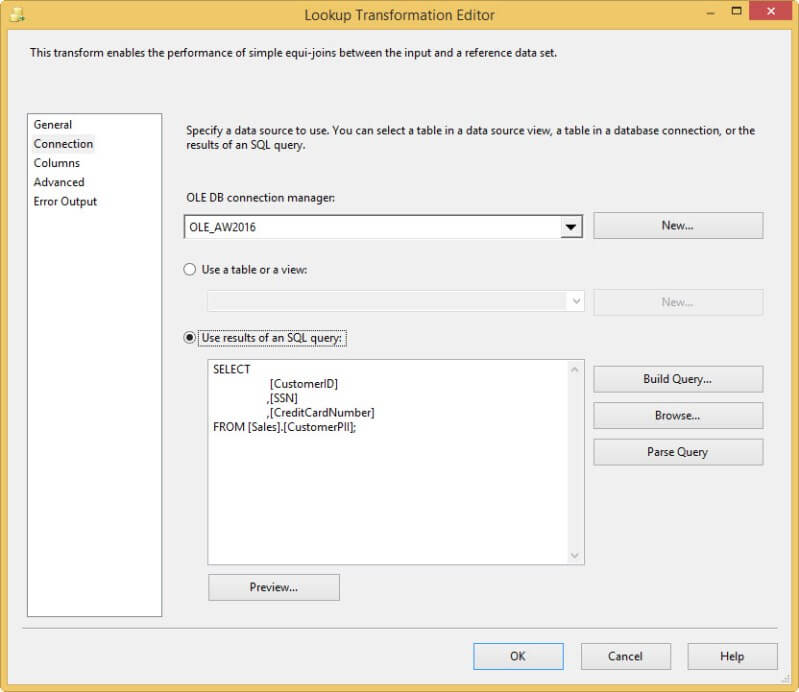 The Lookup columns are configured as follows:

As explained in the tip Writing Always Encrypted Data with Integration Services 2016, an ADO.NET destination needs to be used to write data to the encrypted table. The resulting data flow looks like this:

But, when we run the package, we get the following error: 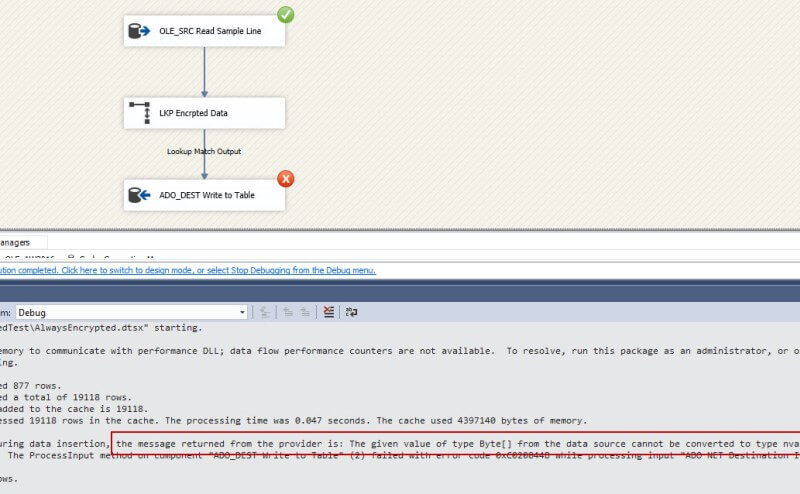 The reason for this is that the Lookup component doesn't support ADO.NET connections, so we were forced to use an OLE DB connection. But OLE DB connections don't support Always Encrypted. The Lookup component runs successfully, but it returns encrypted data (using a byte array) instead of the actual textual data. When we try to write this data to the destination, a conversion error is thrown. 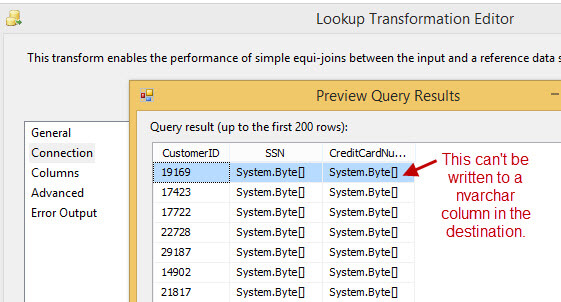 The concept of cache connection managers is explained in the tip Lookup and Cache Transforms in SQL Server Integration Services. First we need to retrieve the lookup data and write it to a cache transform. The data flow looks like this: 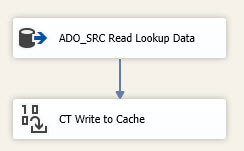 An ADO.NET source needs to be used to retrieve the decrypted data from SQL Server. This means that the data is vulnerable inside the SSIS data flow though. The cache connection manager has the following configuration:

The cache connection manager doesn't use a file cache. The cache transform has the following column mappings: 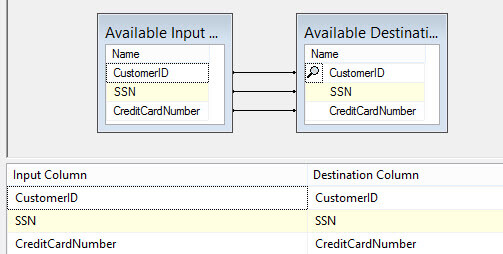 In the lookup component, a cache connection is now chosen: 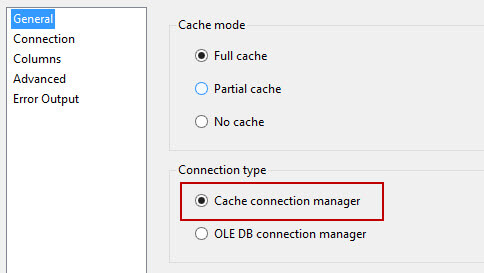 In the connection pane, you simple need to choose the connection manager created earlier. The column mappings stay the same. When we now run the data flow, the cache is first populated with decrypted data. Then the data is read from the source and matched against this cache. The lookup columns are now fetched in their decrypted state and written to the destination by the ADO.NET destination component. While writing to the destination table, the columns are encrypted again. 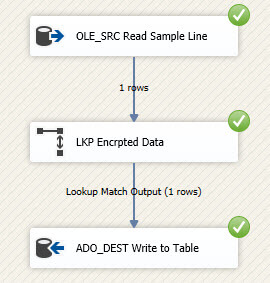 We can verify in the destination table that the data arrived correctly. 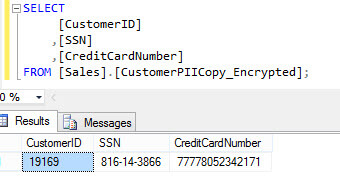