From the SQL Server Analysis, Migrate and Report (AMR) tool (Comparison of AMR Data Collection and Reports in SQL 2016 and SQL 2014), I could see there are recommendations for some tables and stored procedures to be memory optimized. I also used the In-Memory OLTP migration checklists (Using In-Memory OLTP migration checklists in SQL Server 2016) to evaluate any incompatibilities in memory optimization. From this tip (SQL Server Memory Optimization Advisor to Migrate to In-Memory OLTP), I learned how to migrate tables over to memory optimized tables. Is there any tool that could be used to migrate the interpreted (disk-based) stored procedures for native compilation?

Starting in SQL Server 2014, we could make use of the Native Compilation Advisor to evaluate the interpreted (disk-based) stored procedures for native compilation.

In order to test this feature, just create a sample stored procedure in a database, use the script below as an example. For the table script, refer this tip: SQL Server Memory Optimization Advisor to Migrate to In-Memory OLTP. 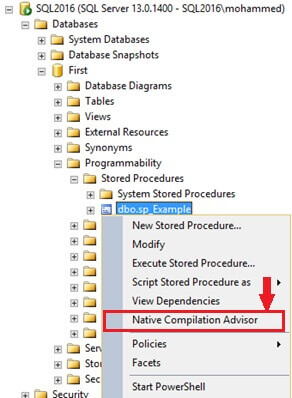 Once you select this option, you will see this window as shown below which is the Stored Procedure Native Compilation Advisor. 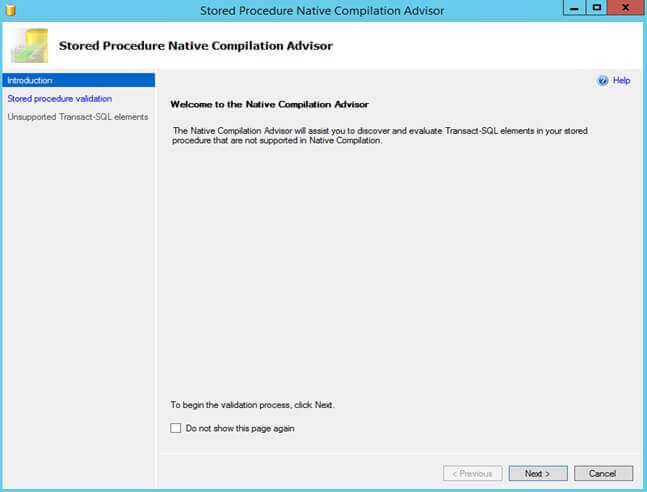 Click "Next" on the Introduction screen, which will take you to the "Stored Procedure Validation" screen as shown below. 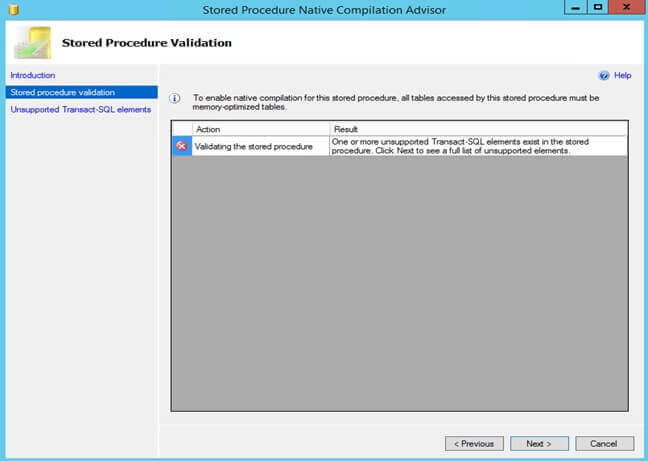 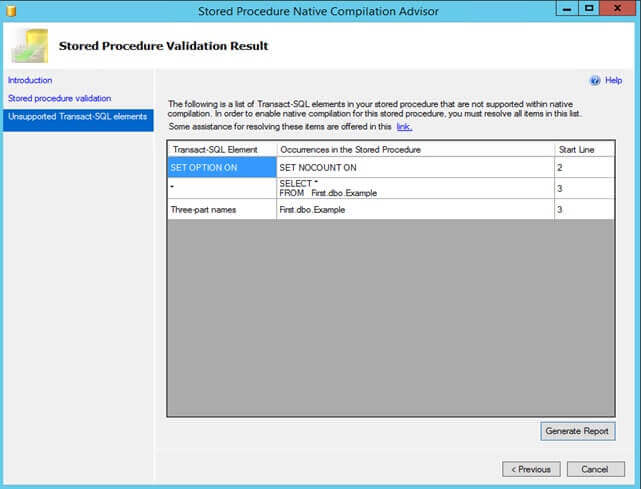 Click on the "Generate Report" option on the bottom right and save the output to the desktop (or any folder) to view the report in HTML format. Once done, the report would be displayed as shown below.

From the above report, you know the components in your stored procedure that have compatibility issues with native compilation. Once you fix these compatibilities and go through the steps again as shown above, you would see a screenshot as shown below. 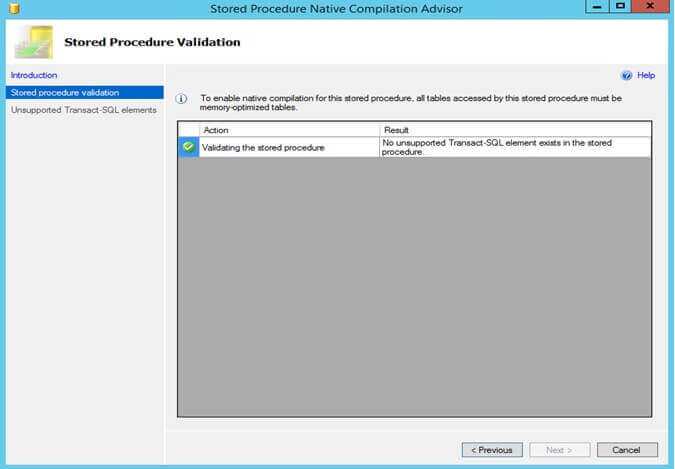 With this, you can confirm that there are no unsupported T-SQL elements in the stored procedure which would prevent it to become memory optimized. When you try to directly alter the non-native stored procedure to compile natively, you would encounter an error message as below.

As it is not possible to directly alter the existing interpreted stored procedure to support native compilation, you would need to drop and re-create the stored procedure with the "NATIVE_COMPILATION" option. Use the example code as shown below. 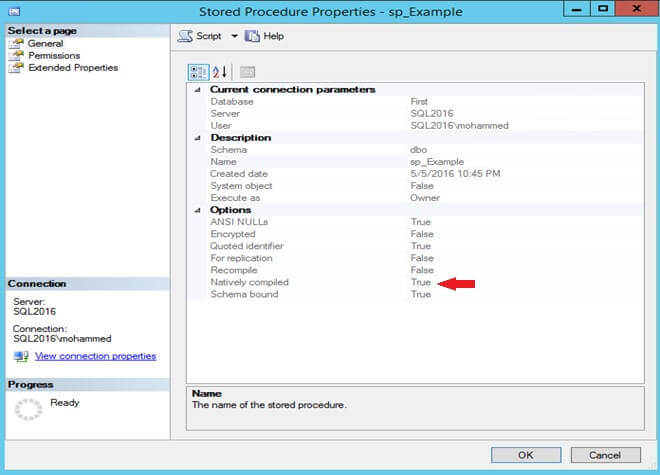 There are many useful tips available for further reading which are posted below.