I have a Tabular Database and I'd like to know how to use some common functions and expressions used in DAX as well as how to format the display of the data?

In this tip, we will show you some common expressions in DAX using a Tabular Database as well as how to format columns.

Here are some typical DAX expression and function examples for a Tabular Database. 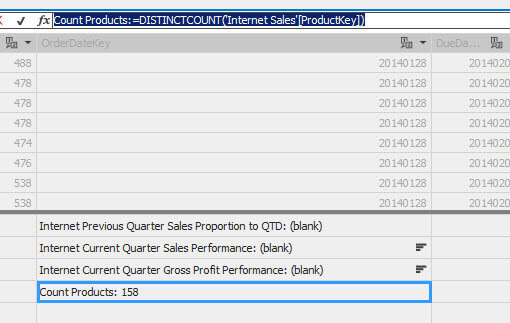 With SUM, you can add numbers of a specified column. The following example adds the values of the TaxAmt column in the SalesOrderHeader table: 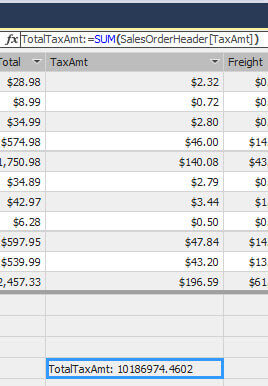 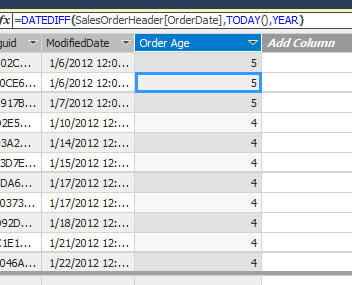 We can concatenate strings or other values using the &. The following example concatenates the FirstName and LastName with a space between them: 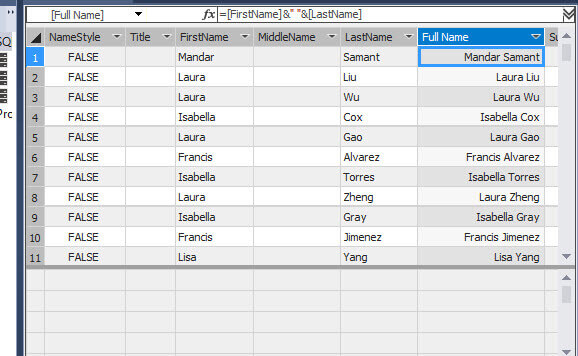 IF is used for conditional operations of 2 or 3 values usually. For more values, use SWITCH. The following example shows the Region Description according to a specific numeric value. For example if Territory ID is 1, the value will be Northwest, if the value is 2 then Northeast and so on:

The INT function displays the integer value of a specified number: 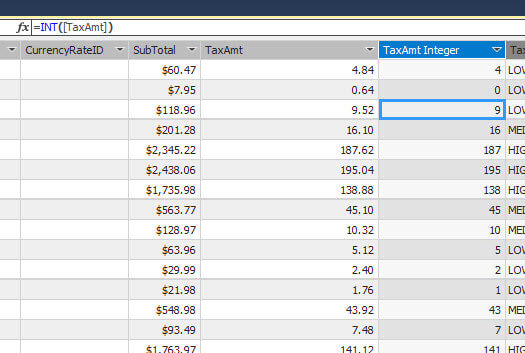 If you need to round to the closest integer value, you can use the ROUND function. The following function rounds to an integer value with 0 decimals: 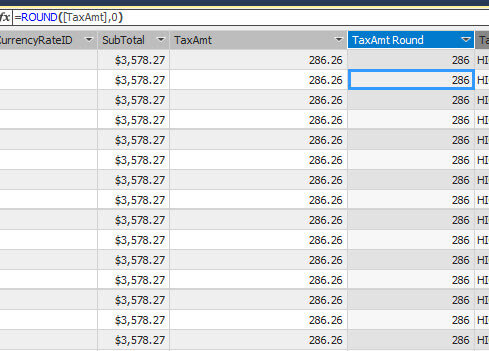 The following example rounds to a value with 3 decimals:

The following example gets the lastname from the fullname. The FIND function detects the position of the space and the function returns the string starting from the space until the end of the string: 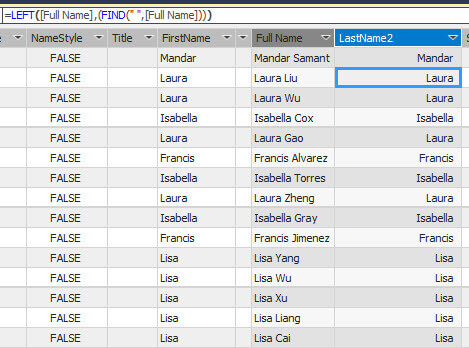 The example shows how to add 2 years to a specified data using the DATEADD function: 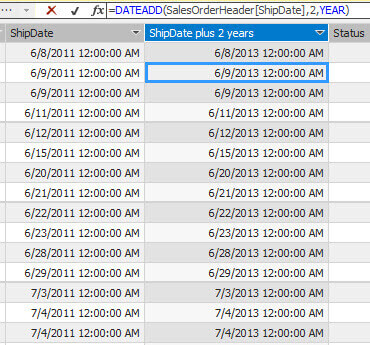 To format the display output there are several functions. However, the easiest way to handle the format is to go to properties. In this example, we are selecting 2 decimal places for TaxAmt: 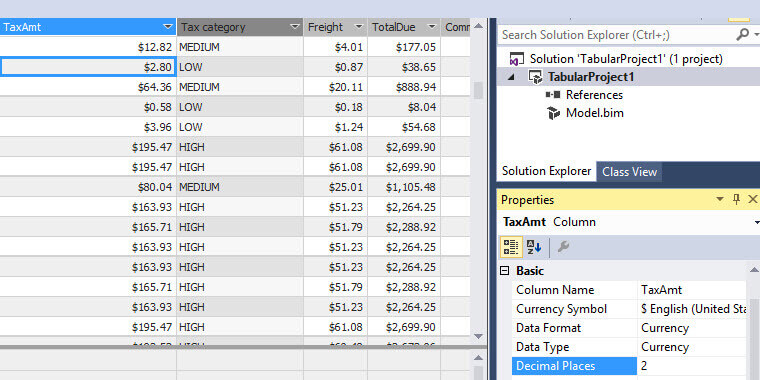 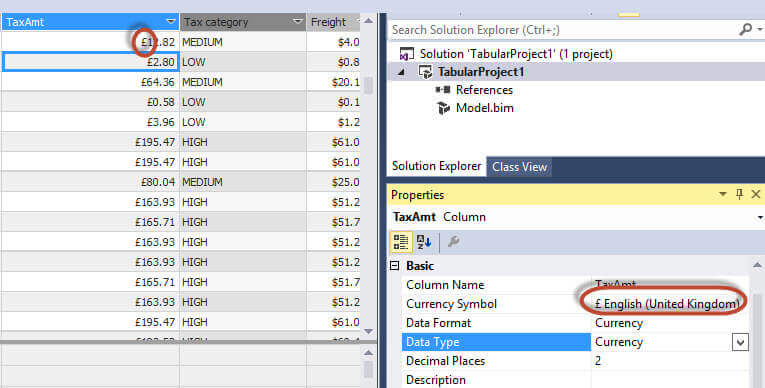 You can change the format from currency to decimal or other data types: 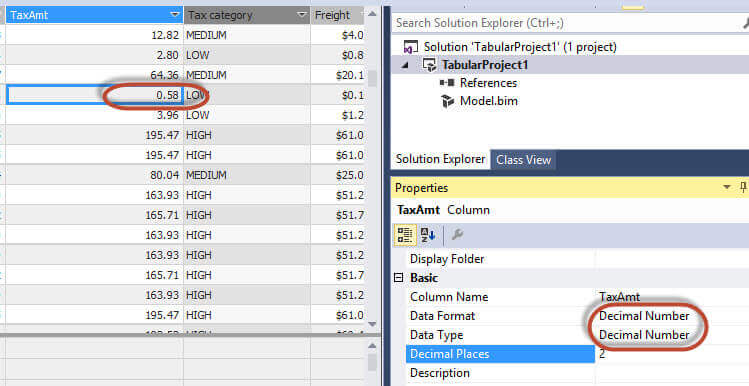 For more information, refer to the following links: