How to create a SQL Server foreign key

Creating a Foreign Key relationship should be a pretty straightforward task, but understanding how to use the GUI to do this is not as simple as you might think.

Let's say we have these two tables in our database.

When creating a Foreign Key there are a few options to enforce rules when changes are made to the referenced table:

The options for the Delete and Update rules are:

To create the Foreign Key using T-SQL, the statement would be written as follows.  This is showing that we want to CASCADE the changes for both DELETEs and UPDATEs.

Here is a description for each line above:

That's all there is to it. 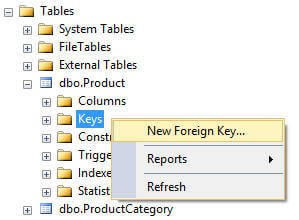 The table designer will open as well as a new window like below.  Click on the ellipse (...) next to Tables and Columns Specification. 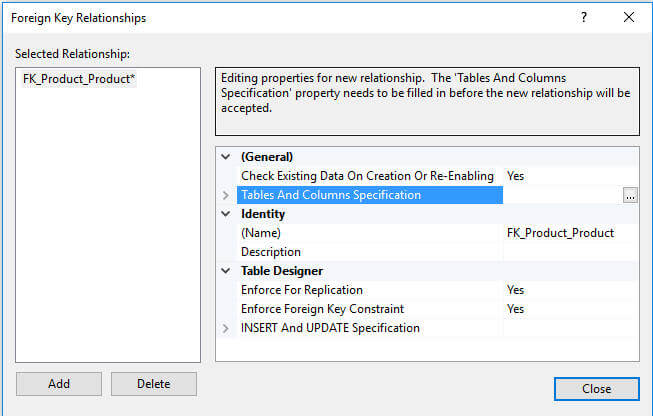 At this point we are back to the first Foreign Key screen that we saw.  If you scroll down on the right pane, we can see the Delete and Update rules as shown in the image below.  Select the appropriate values from the dropdown list.

You can see below there are two other options in the GUI as shown below: 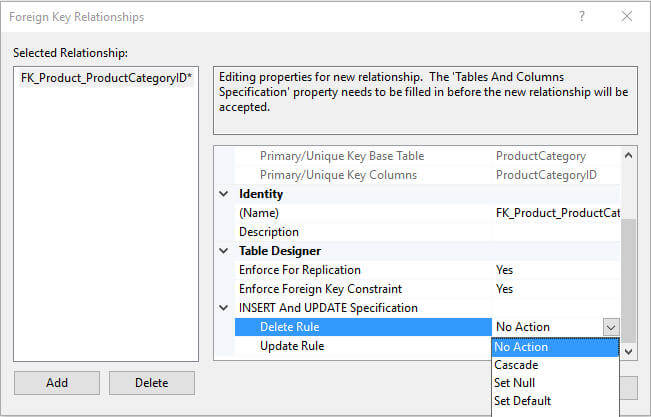 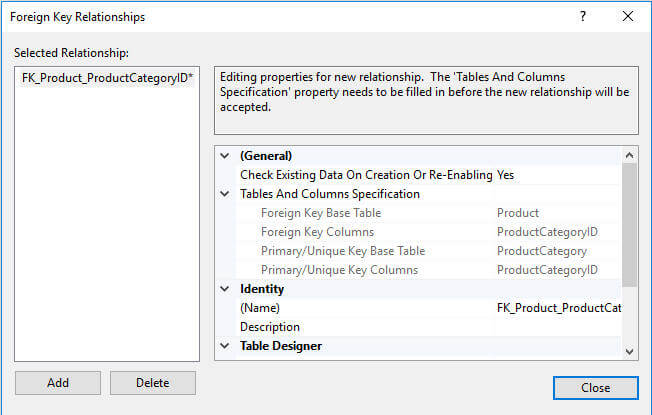 To actually save the changes to the database, you can click on the Save button in SSMS, press Ctrl-S or use the SSMS menu and select File > Save Product (will be table name you are changing to save the Foreign Key constraint.

After the Foreign Key has been created, we can see it in Object Explorer as shown below. You can right click on the Foreign Key and either generate a script, modify it, delete it or rename it. 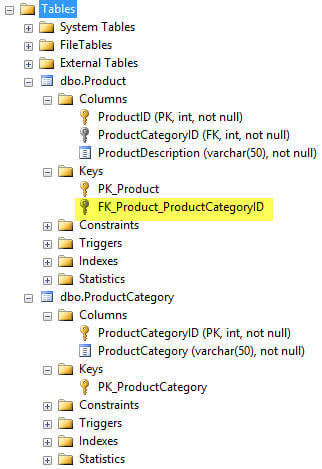 Identify all of your foreign keys in a SQL Server database

Should I Use a UNIQUE Constraint or a Unique Index in SQL Server?

Truncate all tables in a SQL Server database

Drop and Re-Create All Foreign Key Constraints in SQL Server