I once worked with a junior business intelligence engineer named Joe, who was looking to make a splash on a project he was assigned. He found himself in a meeting with managers, architects, and senior engineers. Joe had strong opinions on what direction the project should go, but he noticed he wasn’t getting the respect and attention he wanted. Half way through the meeting he changed a few things with his nonverbal communication that shifted the dynamics of the meeting in his favor.

Read on to learn how you can replicate Joe’s results to get your coworkers and manager to listen to your ideas and see you as a leader.

Alexander Todorov, professor of psychology at Princeton University found that when people were shown pictures of candidates running for political office they could guess who won the election with about 70% accuracy! Does this actually mean that winning elections has less to do with experience, principles and policies and has more to do with how good the candidates selfie is??

He points out that there are 2 traits that people SEE in the candidates that garners them votes: TRUST & COMPETENCE. The candidates that look more trustworthy and competent are more likely to get elected. This could even be seen in the recent presidential election, where Todorov put all the major presidential candidates through his ‘algorithm of electability’ and found Trump and Clinton at the top.

Whether you’re trying to get elected to office, or just trying to lead out on a project, those same traits affect your ability to influence. If those you work with see you not only as trustworthy, warm, and open, but also competent and confident, they’re more likely to follow you and listen to your ideas. Think of a leader you look up to. They likely have this balance of warmth and competence.

Most of our assessment of someone’s warmth and competence comes from nonverbal cues, especially in a first impression. Some of these cues you have control over and can be easily leveraged to improve how you’re perceived, as Joe discovered in his project discussion. Here are a few changes he made to show warmth, openness, and trust as well as competence and confidence.

You may have read my last tip on how to get your way on a project.  Two of those tips are what Joe did first to build trust and openness. He first shut his laptop removing obstacles from being in the way of connecting with his team. He also placed his hands on the table. If you read that tip, you’ll recall that these actions help our primitive brain relax and trust.

In addition to these first 2 actions, Joe also started fronting with those that were talking. Fronting is when we face the person we’re talking with, pointing our head, torso and toes towards them. David Weibel at the University of Bern Switzerland found that when we see someone straight on, rather than at an angle, we see them as more open-minded, trustworthy, and sympathetic. It’s also a way to take your listening and engagement to the next level. What do most people do in meetings when you’re talking? Sit and type on their laptop? We LOVE to feel significant and feel like our ideas matter. When someone puts away the laptop and faces us to show that they’re really listening and engaged, we’ll be drawn to them. 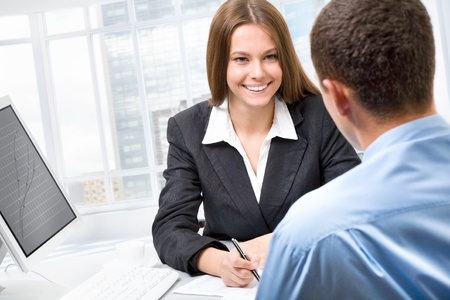 Joe found that unblocking, showing his hands and fronting (pointing your torso) with those in the immediately changed the dynamic of the meeting. People started talking to him more than the other attendees. He was able to give his opinions and have them listened to and respected. This helped him to influence the direction of the project.

If you’re all warmth, but lacking in a showing of competence, you can make a lot of friends, but you may not be given important opportunities. To balance out your influence you also have to come across as confident. The number one way of doing this is with power body language.

What do we do with our body language when we’re sad, scared or feel like a loser? We tend to shrink nonverbally. Our shoulders will roll forward, head down, legs and arms coming in close. We try to take up as little space as possible. These low power positions make us look and feel less confident. When we’re happy, successful, and excited, we do just the opposite. We’ll take up more space with our arms and legs. We’ll have our head high and shoulders back.

Jessica Tracy from the University of British Columbia and David Matsumoto from San Francisco State University studied blind athletes from around the world at the 2004 Paralympics to help answer the question of whether body language is learned or innate. They found that even congenitally blind people, who have never been able to see body language and expressions, do the same kinds of expansive gestures and posture when feeling confident. 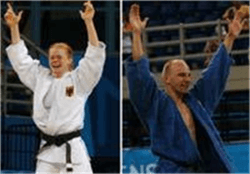 Turns out what our moms used to tell us about good posture was spot on. As we sit and stand tall, head high and with arms and legs taking up space we’ll appear and feel like we’re in charge. Just be sure not to overdo it or it comes across as overly aggressive (I’m talking to you, the guy #manspreading on the bus).

If you’re about to go into a high stakes meeting and you find yourself nervous, try standing in a Superman pose (hands on your hips, shoulders back, head high & legs firmly planted and spread) for a few minutes. This will help boost your sense of power which will carry over into your meeting.

To portray a balance of warmth and competence in your interactions with coworkers on a project:

The 6 Rules to be a Happy SQL Server DBA

What are the most popular SQL Server jobs?