SQL Server vNext represents a major step towards making SQL Server a platform that gives you choices of development languages, data types, on-premises and in the cloud, and across operating systems by bringing the power of SQL Server to Linux, Linux-based Docker containers, and Windows. In my previous tip we introduced SQL Server 2017.  As a DBA, we restore SQL Server databases with either Management Studio or with T-SQL commands. While restoring a database using Management Studio in SQL Server 2017, I faced a strange error, so in this tip I will explain the root cause and outline my solution.

We now have a production-quality preview of SQL Server 2017, and it is available on both Windows and Linux. SQL Server 2017 preview can be downloaded from link.

To restore a database from a backup file we used to follow the below steps:

After I click on the Add button, I received the following error: 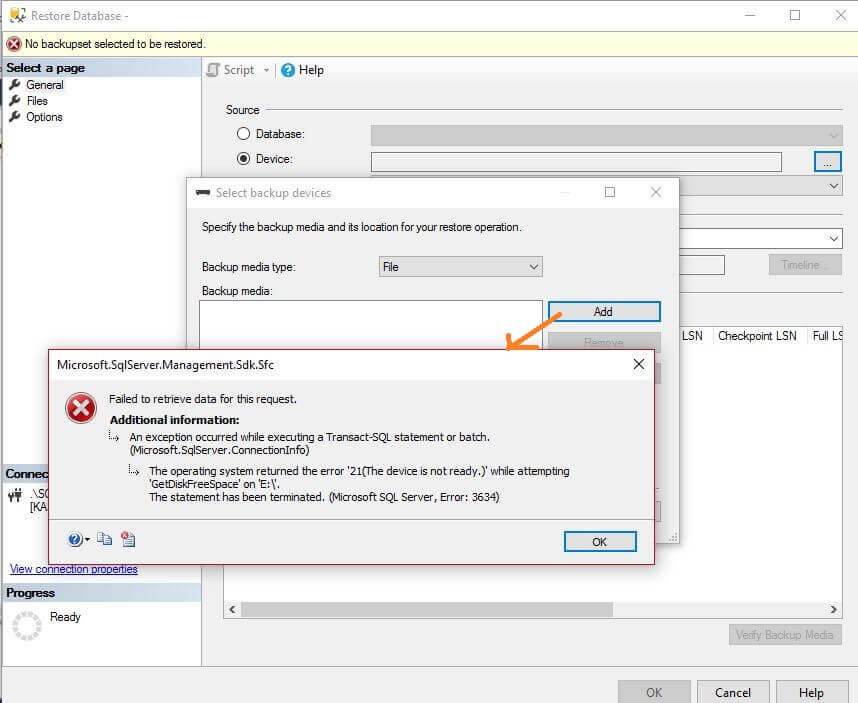 This is a strange error because when I look at my computer drives, Drive E is the "DVD - RW Drive" which is not accessible.  SQL Server is generating an error with this drive and I have never faced this issue in previous versions of SQL Server.

While investigating this error, I found that in SQL Server 2017 SMO switched to using sys.dm_os_enumerate_fixed_drives instead of the old xp_fixeddrives extended stored procedure to get free space information in this dialog box sequence.

Previously we would get free space from the XP_FIXEDDRIVES extended stored procedure as shown below: 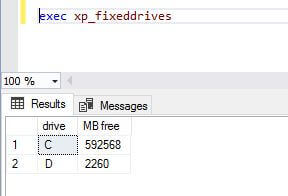 In SQL Server 2017, you can use the new DMV sys.dm_os_enumerate_fixed_drives to identify free disk space. This is the replacement of the xp_fixeddrives extended stored procedure.

So if I run a simple query against this DMV, I get the below output:

We get the details about the free space for the drives however the total space is not included. If we go to the Message tab we get the following output:

This is the same error which was reported above from SSMS while restoring the database. 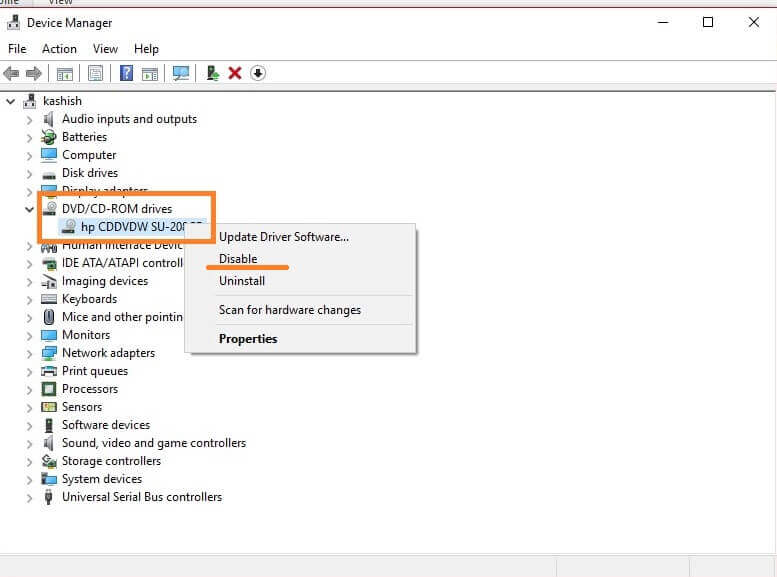 The DVD - RW Drive is now disabled as shown below: 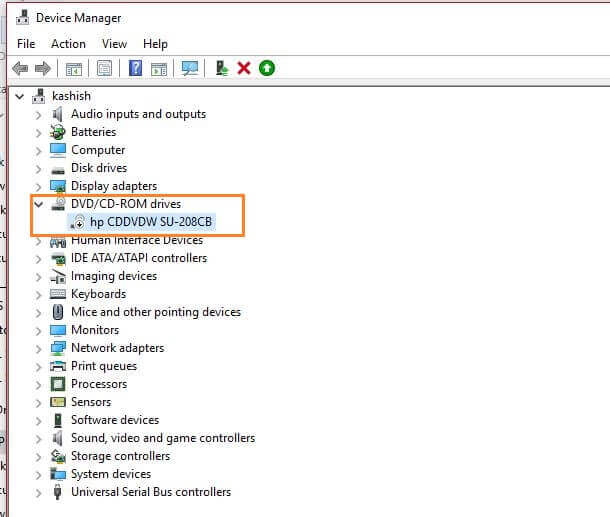 Now once we have disabled the DVD - RW drive, let's run a simple query again against the DMV and review the output:

We can see the output is listing another virtual CD drive which is accessible along with the drive details. If we look at the Message tab we don't see any errors reported.

Now if I work through the steps in SSMS to restore the database again, we do not get an error after clicking on the Add button. 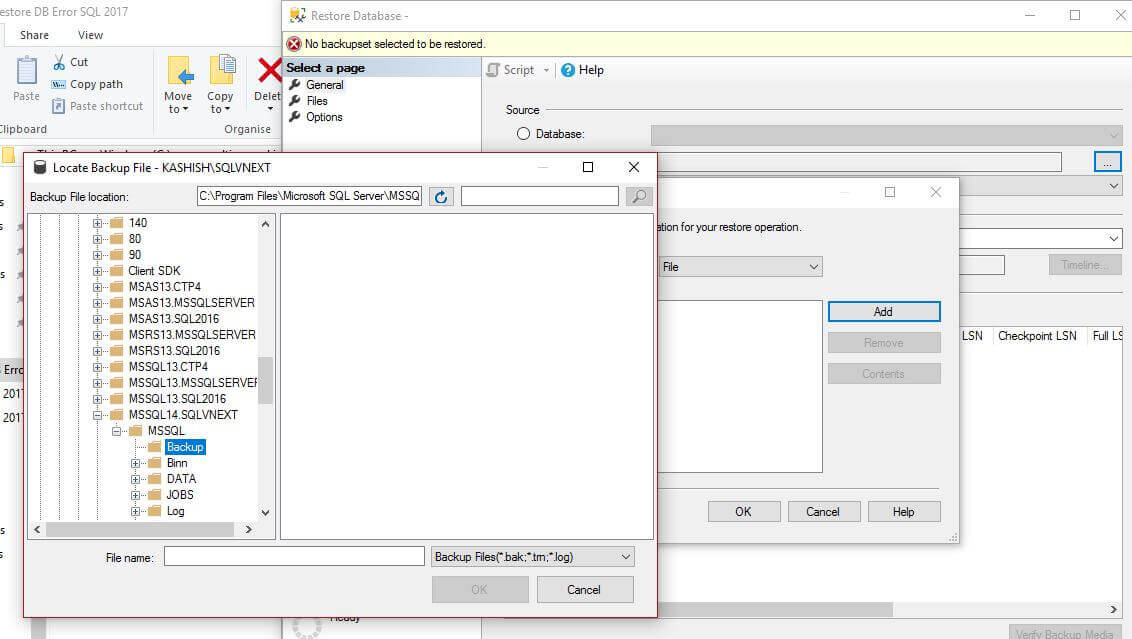 Select the backup file (*.bak) from the location on disk as shown below: 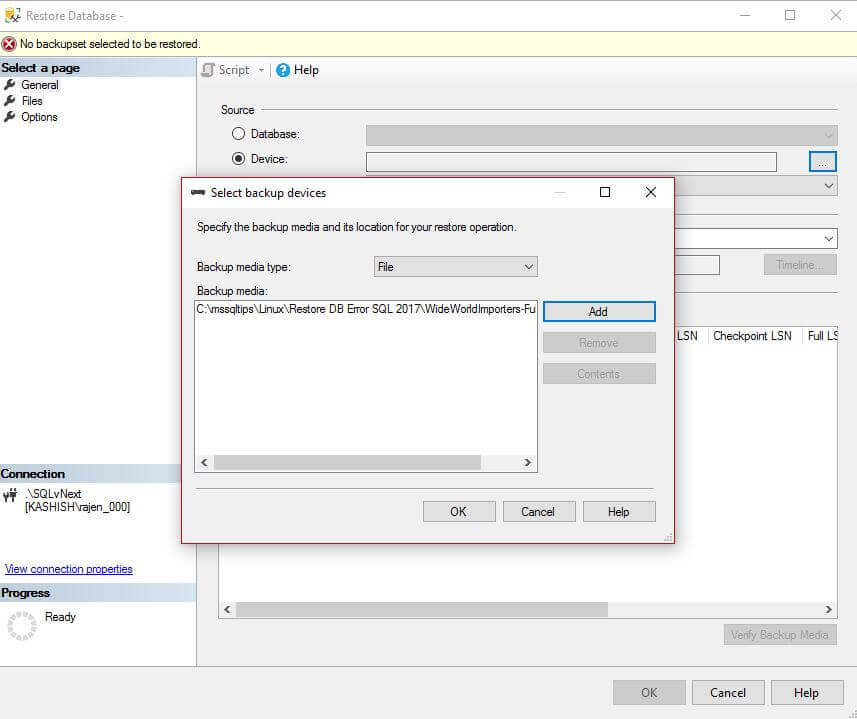 We can see the backup file is now showing in the backup set to restore. 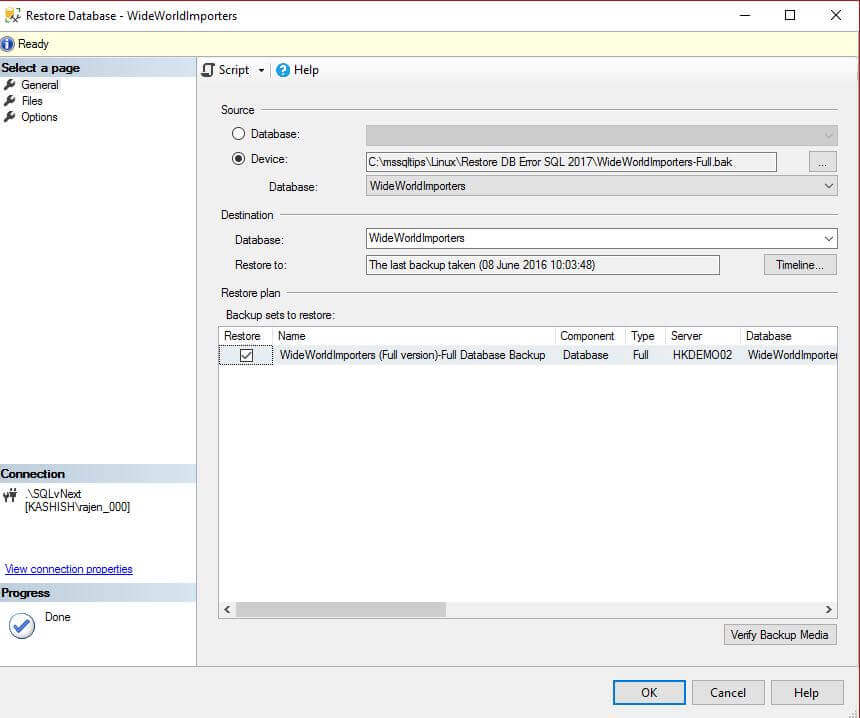 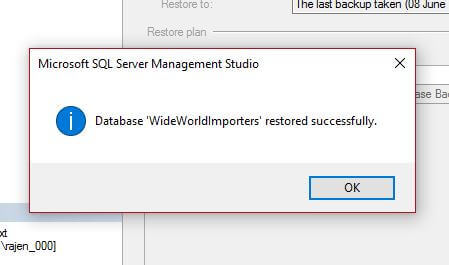 Getting Started with Data Analysis on the Microsoft Platform - Examining Data