It's a common task we all have been asked to do: check the history of a SQL Server Agent Job. You can view the packages that failed using this tip, which creates a T-SQL command that allows you to view the latest history records from the [msdb] database. But what happens when one of the steps is from an SQL Server Integration Services (SSIS) package that uses the SSIS catalog as the source? Then you don't know what happened or what failed. Is there a script that can give you the information you're interested in, and that is easy to run?

First, we're going to visualize the problem by using SQL Server Management Studio (SSMS) to view the job history, it doesn't tell us what happened or what failed: 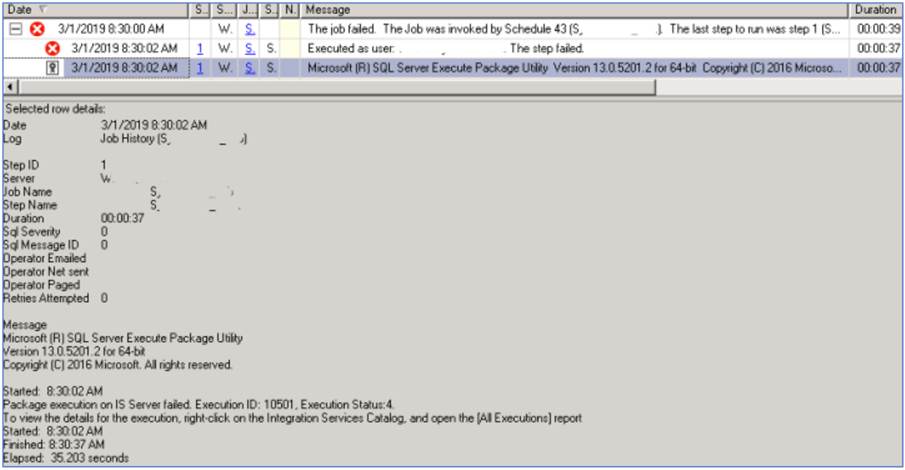 If we view the latest records from msdb for the job steps this doesn't help either: 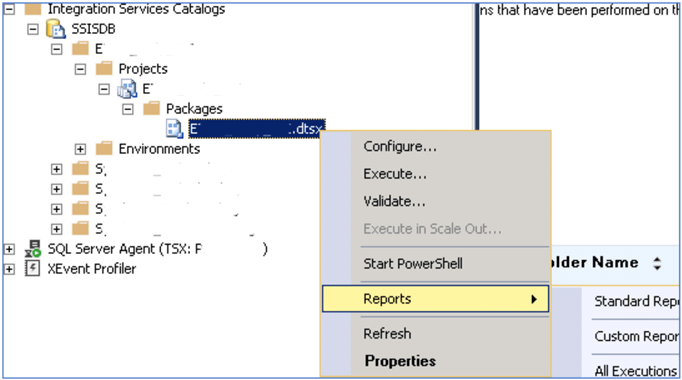 By doing it this way, it fills the filters for you, as you can see below. From there, you need to view the "All Messages" report:

And navigate through several pages of information, visually checking what happened:

Note that the report doesn't allow you to copy the text and if you export the report using the "Print" button at the top, it is going to contain all messages, not just the ones you're interested in.

Fortunately, there is a script that allows you to view the records easily. In the script below, you only need to specify the name of the job in @JobName, and the step number in @StepId.

It works in the following way:

Note that the script will only work for a SSIS package job step that uses the SSIS catalog as the source. In all other cases, it will throw a lot of errors or not display anything at all.

In case the SSISDB database that contains the package is on the same server as the SQL Server Agent job, it is going to give you the results, which you can export to Excel and copy only the messages you're interested in:

Here is an example record and you can see the reason why it failed easily:

I've worked for more than 10 years as a software programmer and analyst. In 2016, I switched jobs to a DBA position, where I have implement new processes, created better monitoring tools and grown my data scientist skills.