During a recent SQL Server instance upgrade, I was supposed to upgrade the SQL Server version of a particular instance from 2012 to 2016 which contains an Availability Group. As a pre-step to my upgrade process, I wanted to change the failover mode of all replicas to "Manual" instead of "Automatic" (for my replicas using "Synchronous Commit" for their availability mode) to avoid any automatic failover surprises during the upgrade. After attempting to apply the property modification for my Availability Group, SSMS showed a weird error message stating that the operation couldn't take place because of a missing DLL file "sqlconf.dll". This is the first time I experienced this and I'd like to share how I was able to fix it.

In this tip I will demonstrate how to reproduce the error (specifically for SQL Server 2012), as well as the steps that led me to the solution along with some assumptions and results for different SQL Server versions. The goal of this article is to give some specific knowledge that could potentially save a lot of time if this happens to you.

Below is a screenshot that shows a very basic pair of replicas (1 Primary and 1 Secondary) running SQL Server 2012 SP4:

Both replicas have a single database called "test" which is fully synchronized and the AG is operating under a synchronous commit (with automatic failover mode). 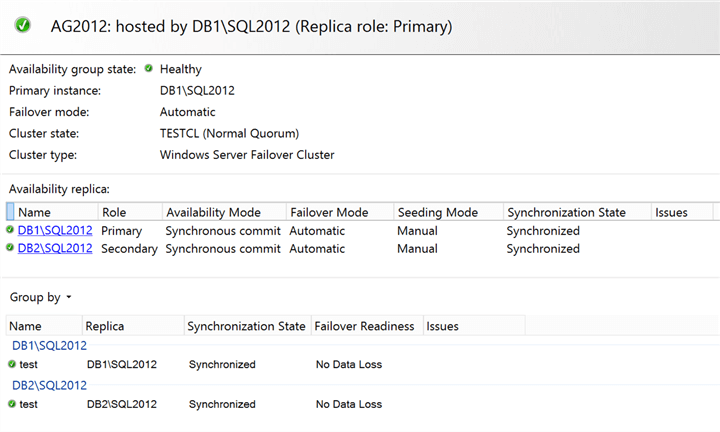 As you can see, it is pretty simple. Note that everything is running on Windows 2012 R2 VMs.

Here's another view of what I currently have in my Primary Replica: 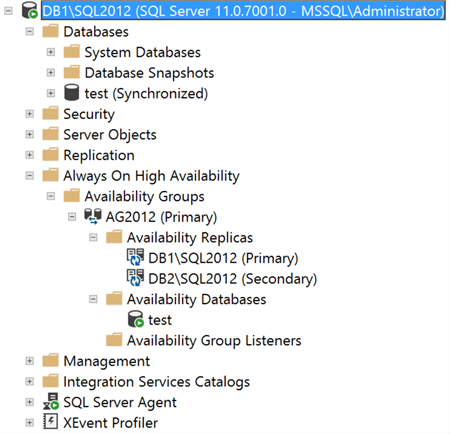 Steps to reproduce the issue

Have a healthy Availability Group properly configured and synched between at least 2 replicas.

In the server where the Primary Replica is hosted, either delete or move the entire "Setup Bootstrap" directory. Since I'm dealing with a SQL Server 2012 setup, the path will be "C:\Program Files\Microsoft SQL Server\110\Setup Bootstrap".

Attempt to modify the failover mode to manual for both replicas.

This is the error message that SQL Server Management Studio presents: 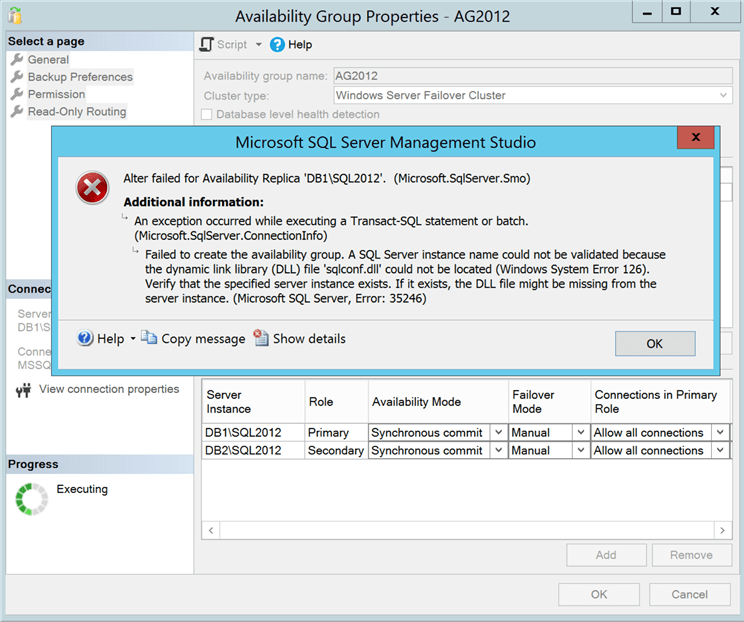 Course of action to address the issue

After getting the error and finding no useful information about the error, I decided to postpone the SQL Server upgrade and opened a case with Microsoft.

Here's a summary of what Microsoft advised:

Outcome: The "Setup Bootstrap" directory was missing from my 2 replicas under synchronous commit.

Check: Run the TSS script (they provided) in the server housing the Primary Replica and send the logs for analysis.

Outcome: I didn't want to execute it because the production cluster houses several instances for several clients and the number of logs that it collects is quite large.

I noticed that in the secondary replica under asynchronous commit, the Setup Bootstrap directory was there.

Since I decided to postpone the SQL Server upgrade activity, I thought it would be better to attempt to reproduce the issue in a test environment and see if I would be safe just by copying the files from one replica to another.

In my test environment I copied the "Setup Bootstrap" directory from the Secondary Replica to the Primary Replica (where I intentionally removed it).

The following screenshot shows the exact location of the sqlconf.dll file that is part of the error message:

For my test scenario, it would've worked the same if I just deleted/misplaced the .dll file instead of touching the whole "Setup Bootstrap" directory. However, I wanted to be sure the scenario would resemble the one in my production environment as much as possible. 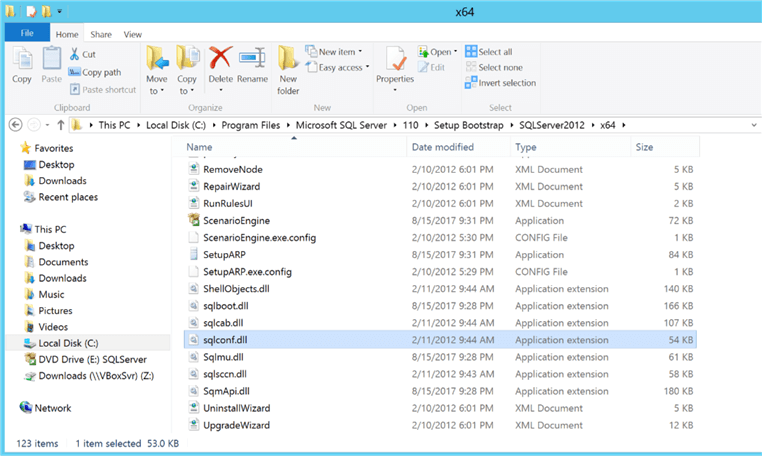 Here's the result after copying the missing files and re-attempting to change the failover mode to "Manual" for both replicas: 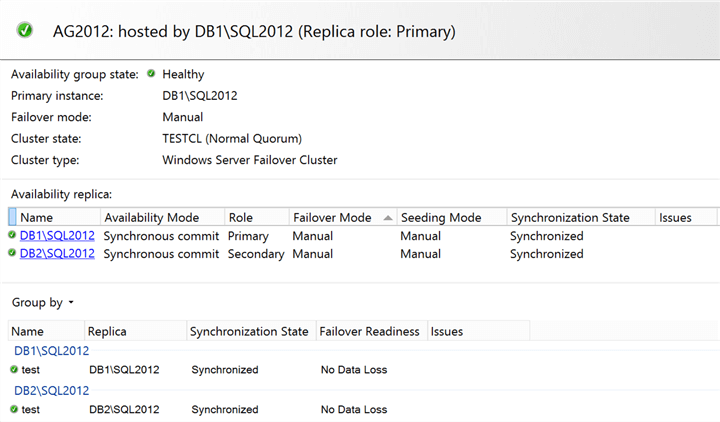 As you can see, the error didn't show up this time and the modification was successfully applied.

I attempted to reproduce the exact same thing using a pair of SQL Server 2016 instances (SP2 CU15) and I didn't get the error (even with the entire "Setup Bootstrap" directory missing). 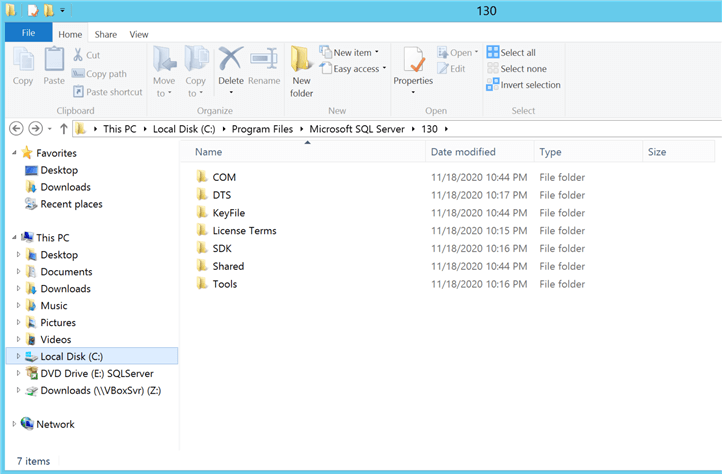 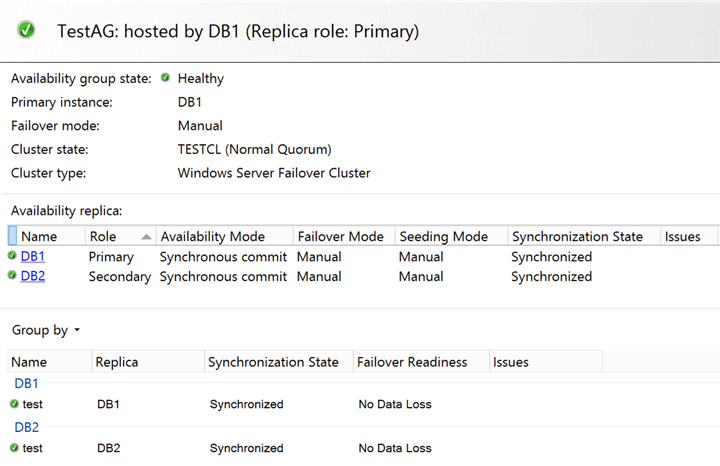 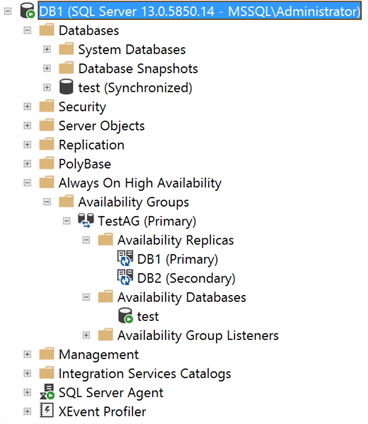 This gives me the impression that perhaps Microsoft doesn't require the sqlconf.dll anymore to change the failover mode property.