I have a 2-node SQL 2012 Always On Availability Group running on Windows Server 2016 Standard edition. Can you demonstrate the steps necessary to upgrade the SQL 2012 AG to SQL 2019 AG with little to no downtime?

To accomplish this task, we can follow one of two methods:

This tip will focus on the second method, discussing all the steps required to achieve this task.

Note: Mixing the different versions of SQL Server in the same AG is only supported when performing the AG upgrade through the rolling upgrade method. This activity should be done quickly as it is not recommended to mix different SQL version in the same AG and keep it in the same state for a long time.

Before beginning the AG upgrade process, check the supported versions and edition upgrades document from Microsoft to ensure that the SQL version you want to upgrade to is supported. In my case, I intended to upgrade from SQL 2012 AG to SQL 2019 AG, and the supported version for this upgrade requires SQL Server 2012 SP4, which is my current SQL environment.

In my current environment, I have a Windows Server Failover Cluster (WSFC) with 2 nodes using Windows Server 2016 Standard Edition OS with the following details: 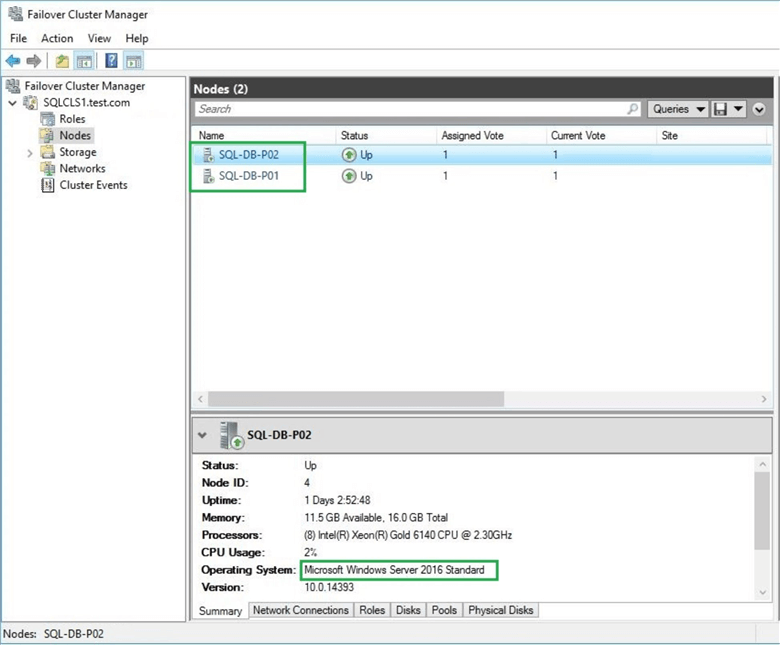 And we have two SQL 2012 instances participating in the Always On Availability Group with the following configuration: 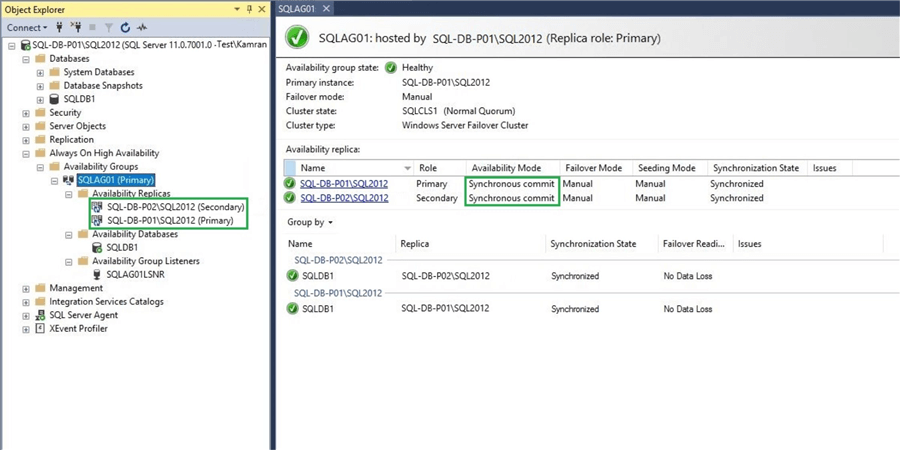 And we aim to upgrade/migrate from SQL 2012 AG to SQL 2019 AG, as depicted in the following diagram. 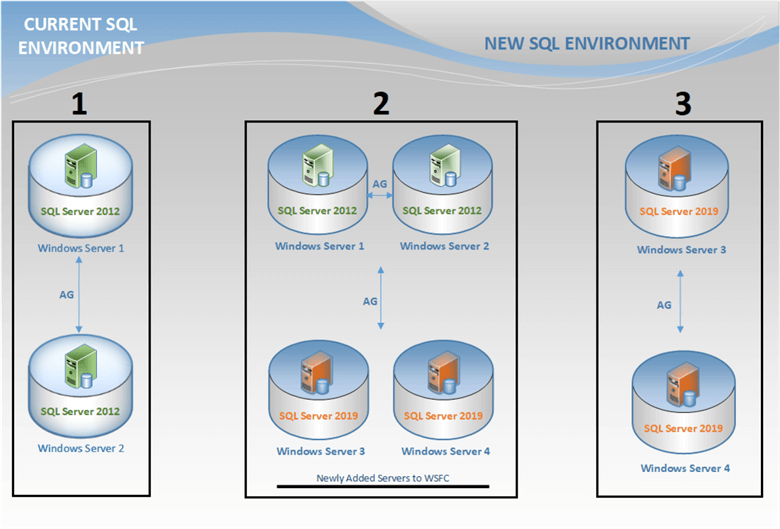 We will perform the following significant steps during this tip:

Let’s jump into the above steps one by one in more detail. 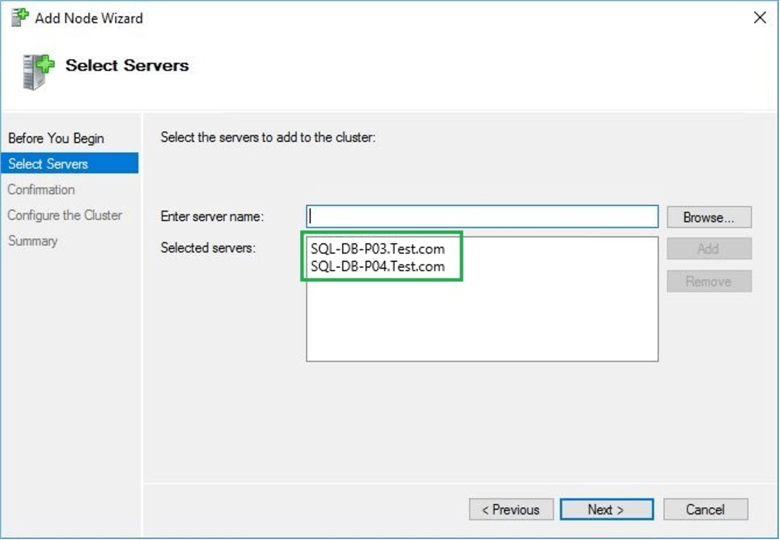 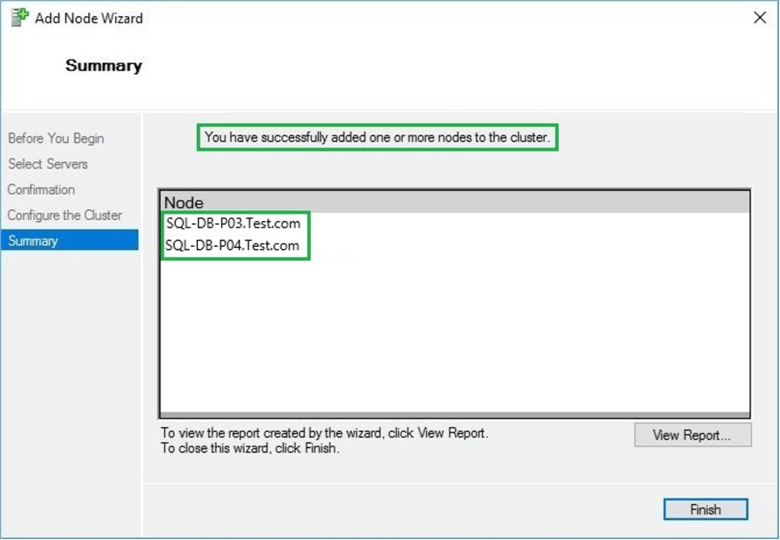 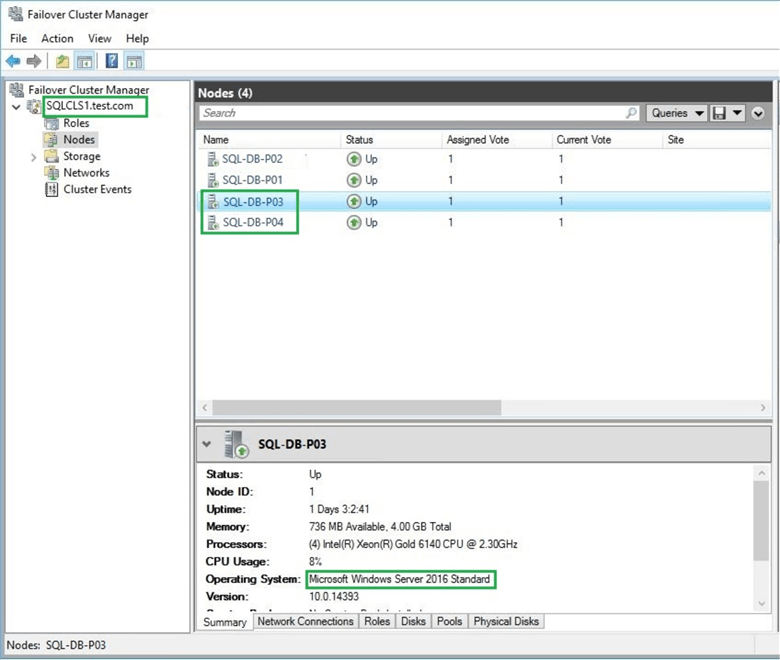 The next step is to install SQL Server 2019 on the new nodes (SQL-DB-P03 and SQL-DB-P04). Enable the Always On Availability Group feature by right-clicking on the SQL engine services for a new instance. Click properties and select the check box as shown in the screenshot below: 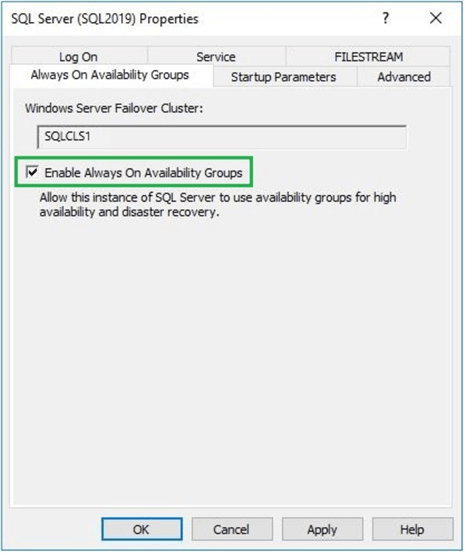 We have one database, SQLDB1, for this activity. 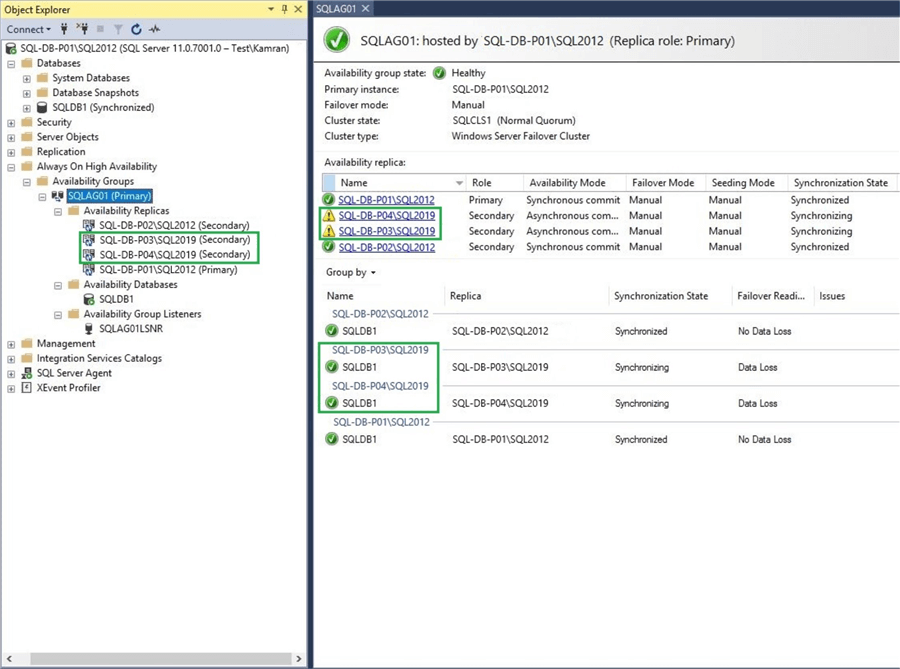 You may see the warning sign for the new replicas in the dashboard. This is probably because the different higher version replicas (2019) are added to SQL 2012 AG. The warning message will show that the replica needs to join the availability group but that replicas are already part of the AG.

Note: At this point, the newly added replicas of SQL 2019 cannot be read, and the databases will be in the state of (Synchronizing / In Recovery) as shown below: 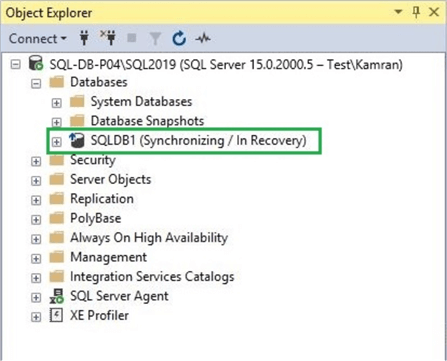 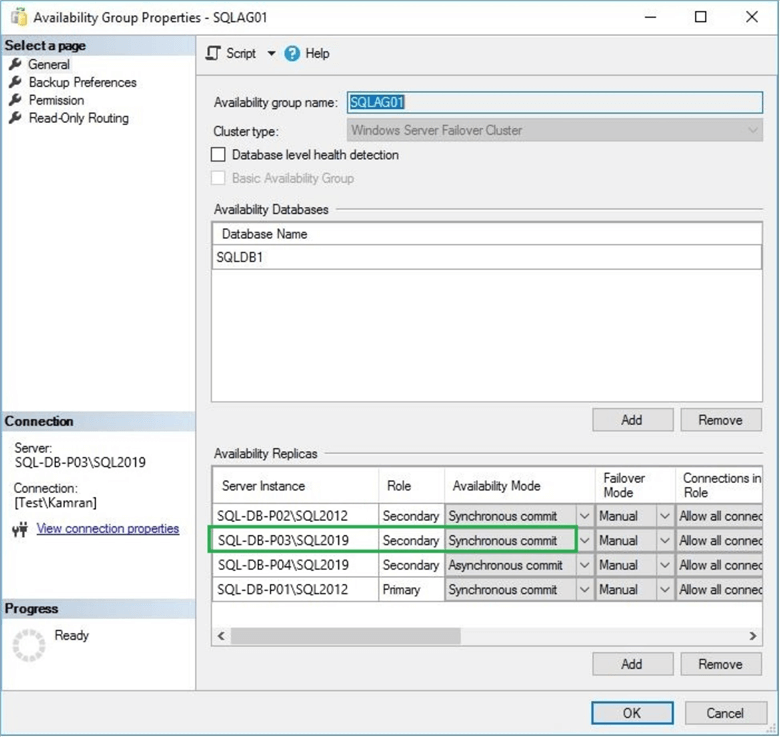 During the failover process, all the databases participating in the AG will be upgraded to SQL Server 2019. This process will take some time, depending on the number of databases. This will be the only downtime required for this activity unless you plan to perform a second failover to the second replica of the SQL 2019 version. In this case, the failover will be quick as there will be no upgrade because both the new replicas will have the same SQL version and be in sync.

After the failover from SQL-DB-P01\SQL2012 to SQL-DB-P03\SQL2019 is done successfully, the AG dashboard looks like this: 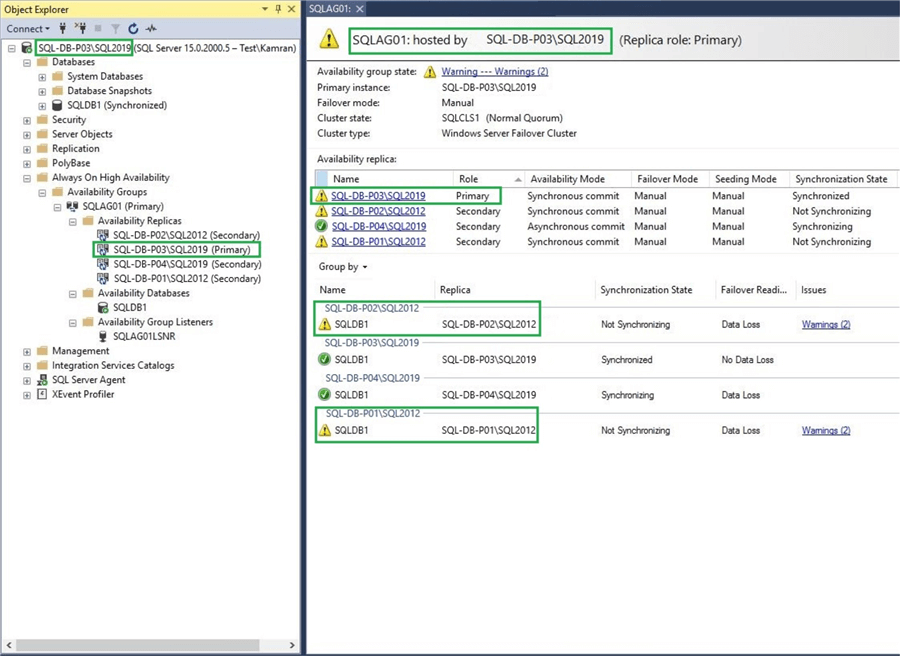 As you can see from the above screenshot, SQL-DB-P03\SQL2019 is now running in the primary role. At this point, the second replica of SQL 2019 version SQL-DB-P04\SQL2019 will be in sync with the new Primary replica SQL-DB-P03\SQL2019, and as mentioned earlier, synching to the lower version will be stopped after failover to the higher version, so now the syncing is stopped to SQL 2012 replicas, and its status is showing unhealthy in the dashboard. 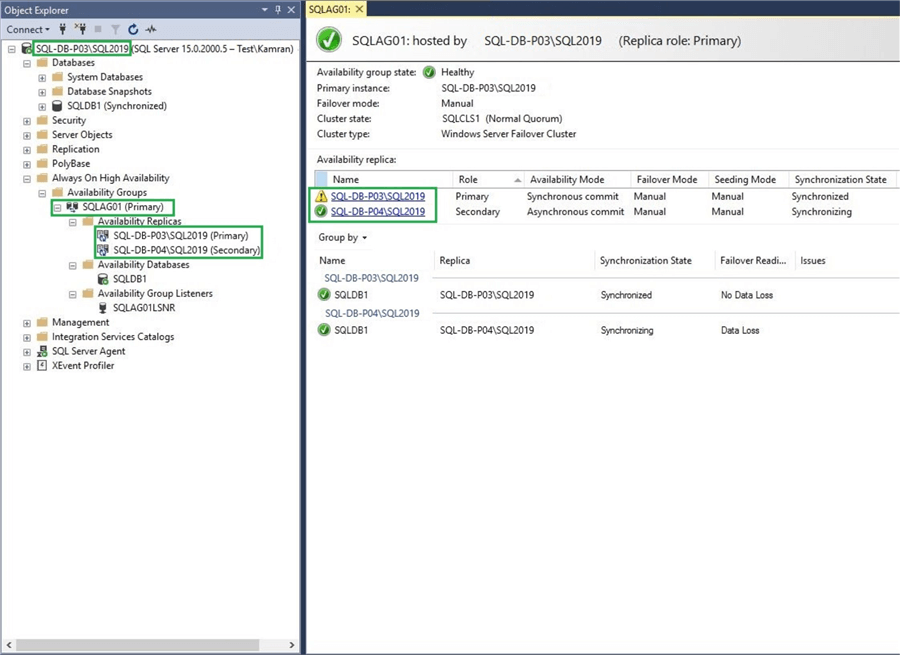 The Primary replica still shows a warning sign, which was showing earlier after adding it to the SQL 2012 AG. We need to complete a failover to the secondary replica SQL-DB-P04\SQL2019 (the same version), which will make the warning sign disappear.

We changed the Availability mode to Synchronous for SQL-DB-P04\SQL2019, performed the failover to it, and got the following image for the AG dashboard: 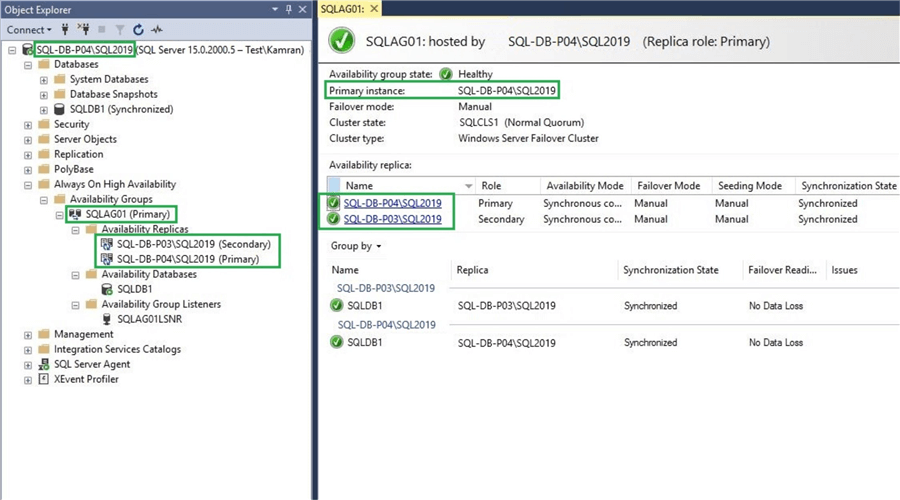 Great! Now all the replicas are green.

We can perform the failover to the SQL-DB-P03\SQL2019 replica if we want to keep it as Primary. For now, we will leave SQL-DB-P04\SQL2019 as our primary replica. 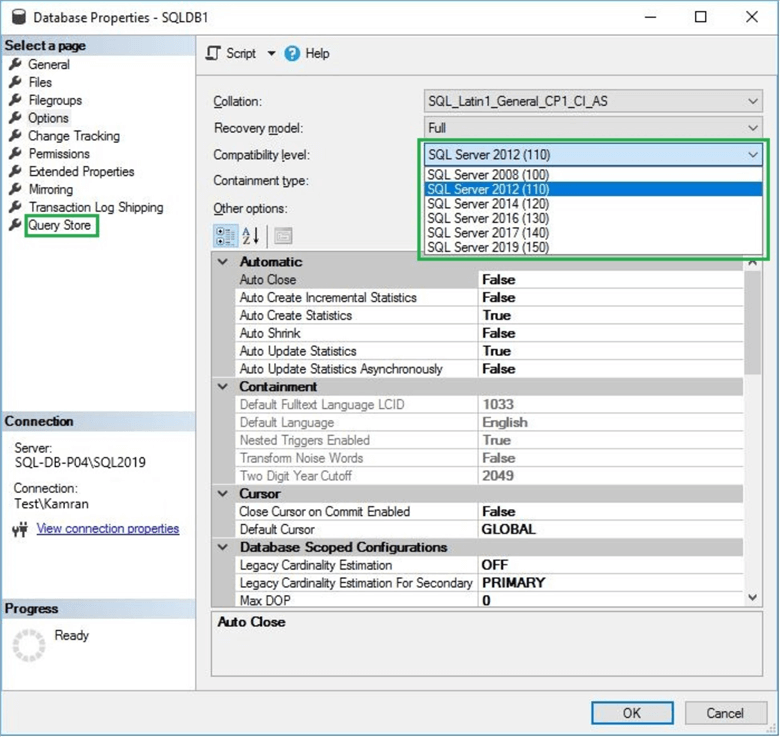 Check if the database is accessible and working fine after the AG upgrade. We created one simple table, dbo.EmpInfo, in the SQLDB1 database before the upgrade, which was populated with dummy records.

We executed a simple SELECT query against that table to check if the data was intact and accessible. Below is the screenshot of the query result.

Great! Everything is good at this stage.

Now, as the last step, we can evict both SQL 2012 nodes, SQL-DB-P01 and SQL-DB-P02, from the WSFC. After the removal of the above-mentioned nodes, we get the following screenshot: 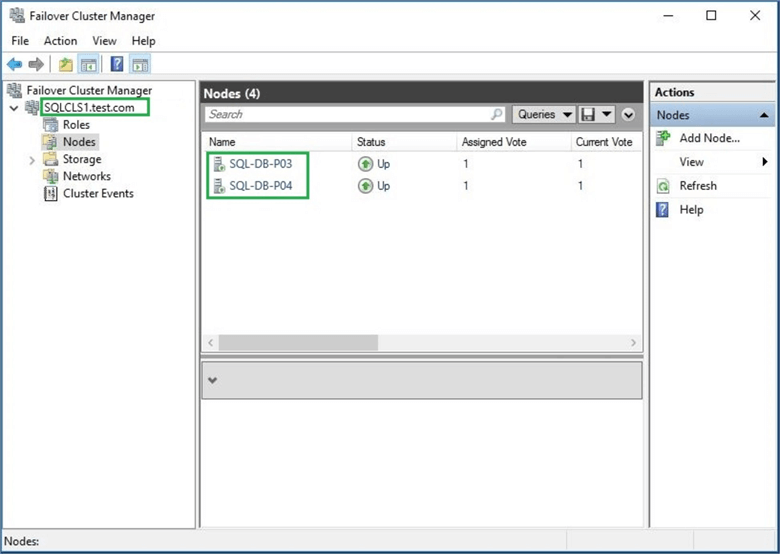 This tip includes all the necessary steps to upgrade an AG environment from SQL 2012 to SQL 2019 as a rolling upgrade process. These steps can be more complex depending on the number of AGs, the number of databases in the AG, and the size of those databases. These steps can also be applied to other SQL versions depending on the supported versions for upgrades. I hope this article is helpful for many SQL DBAs and developers.

Muhammad Kamran is a Senior SQL DBA with many years of experience in providing SQL Server high-availability solutions.