How to Connect to a SQL Server Named Instance

My network admins have tightened down the network and while we were once able to connect to our named instances via MySQLServer\MyNamedInstance, we're now only able to connect if we specify the port. What happened and what do I need to tell them to fix the issue?

Back before the days of SQL Server 2000, only one instance of SQL Server could run on a given computer. By default, it listened on a particular network port (TCP port 1433) and/or named pipe (\sql\query). Clients only had to specify the name of the computer in order to try and establish a connection to SQL Server.

So how do clients tell the named instances apart on the connection? Each named instance listens on its own TCP port and/or pipe. The TCP port is, by default, determined dynamically which means it could change any time SQL Server starts up. That causes a problem for clients trying to connect. They don't know what pipe or TCP port to use. As a result, SQL Server 2000 introduced the SQL Server Listener Service, which scans the configurations of all of the instances on a given computer and is prepared to tell a client how to connect if the client requests this information about an instance. In SQL Server 2005 and above, this is replaced by the SQL Server Browser Service. The big difference between the two is with the SQL Server Listener Service, you could never shut it down. The SQL Server Browser Service looks more like the services we're used to, and you can see it if you look at the list of services on a computer: 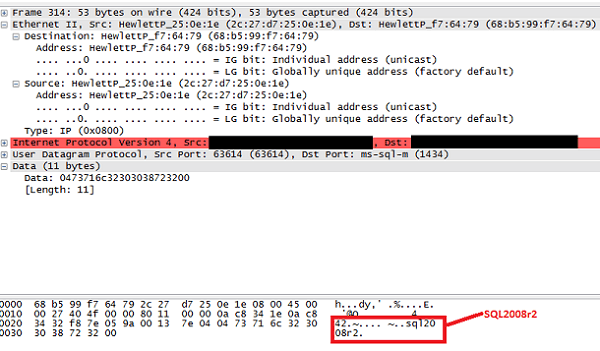 The computer hosting the named instance SQL2008R2 will respond back, also sending a message via UDP to port 1434 for the client like so: 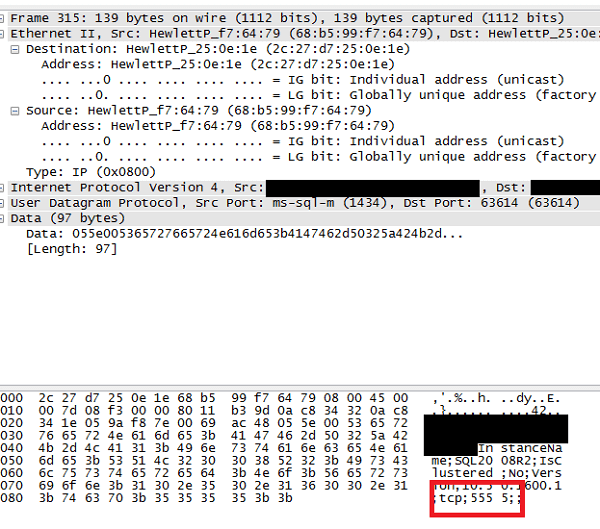 Note that the SQL Server Browser service told the client that the named instance SQL2008R2 is listening on TCP port 5555. With this information, the client can now attempt to make a connection to the SQL Server.

Why You Can't Connect to SQL Server

If you can't connect via MySQLServer\NamedInstance, there are three likely possibilities. They are:

If you're a DBA, chances are you can check the SQL Server Browser service, and if so that's the first place to start. If it is up and running, stop and restart it so that it refreshes and checks the network configurations of the instances installed on the computer. Then try to connect.

If that's not it, inquire among your admins if anyone blocked UDP traffic on port 1434. Those are the typical reasons if the SQL Server Browser service is up and running.

Failing those simple checks, you'll likely need to get your network admins involved and they'll need to do packet traces and look for the interchange like what we looked at above. If they don't see it, where it breaks down will give them clues of where to look next.