SQL Server 2012 Performance Dashboard Reports can be downloaded from the following link: http://www.microsoft.com/download/en/details.aspx?id=29063. The Microsoft Documentation states that "The SQL Server 2012 Performance Dashboard Reports are Reporting Services report files designed to be used with the Custom Reports feature of SQL Server Management Studio. The reports allow a database administrator to quickly identify whether there is a current bottleneck on their system, and if a bottleneck is present, capture additional diagnostic data that may be necessary to resolve the problem. The Dashboard reports basically retrieve information from SQL Server Dynamic Management Views and hence there is no additional overhead when using these reports."

Common performance problems that the Performance Dashboard Reports may help to resolve include:

Once you have successfully downloaded the SQL Server 2012 Performance Dashboard Reports then the next step will be to install the reports. Follow the steps below to complete the installation process. 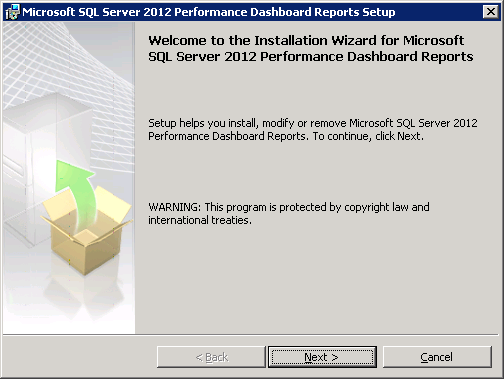 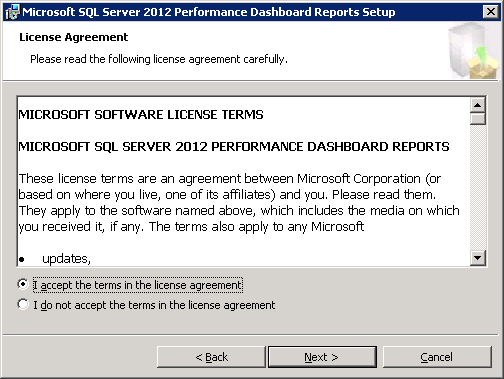 3. For the third step we are presented with a Registration Information screen. Enter your registration information and then Click Next. 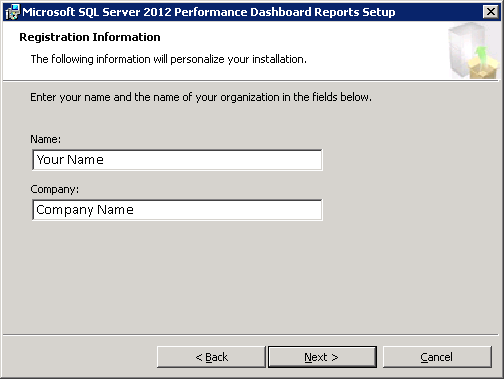 4. In the Feature Selection screen accept the default selection and click Next. 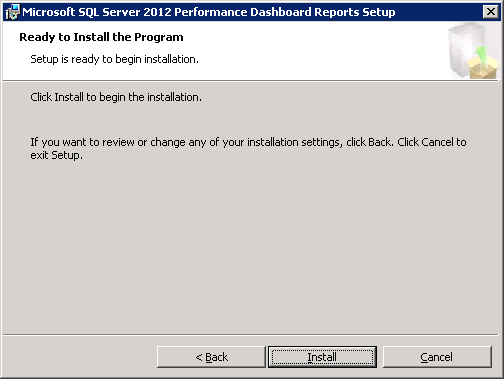 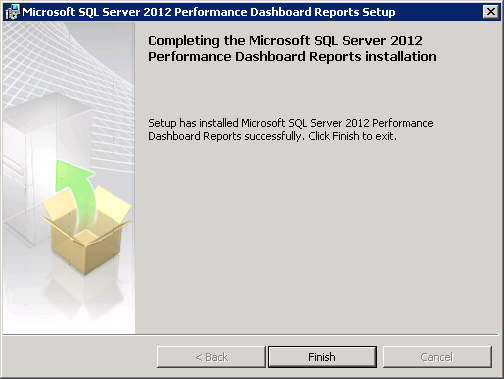 Once you are connected to SQL Server 2012, right click on the SQL Server instance and expand Reports, then choose Custom Reports... as shown in the screen shot below. 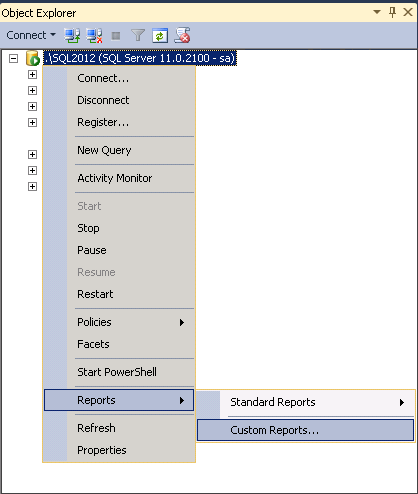 Within the Open File Dialog box choose performance_dashboard_main report file as shown in the below snippet and click Open to display the report. 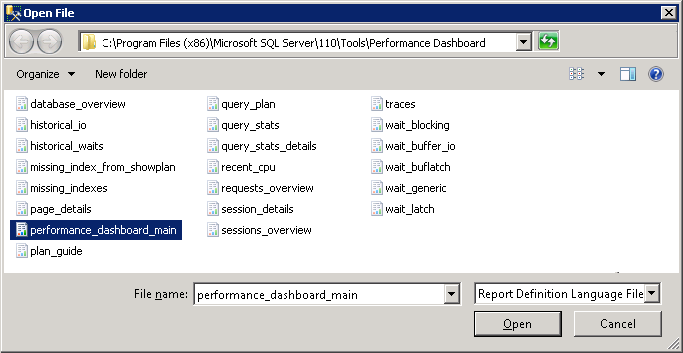 Once you open the performance_dashboard_main.rdl file using the dialog box, you're presented with the following warning screen. Click the Run button to display the report.

In the below screen shot you will see a sample Performance Dashboard Report generated in SQL Server 2012. 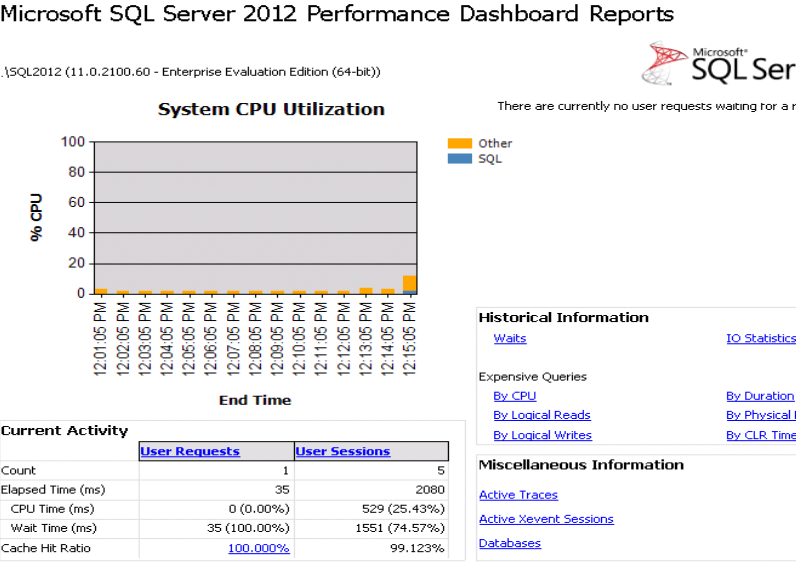