You are a SQL Server DBA and you are new to Linux. You know that Microsoft has decided to expand SQL Server to Linux servers and you need to know how to check for network latency and I/O. In this tip I will show you some tools that will help you.

When it comes to networking, Linux had an historical advantage over Windows until the release of Windows XP. For this reason Windows has more tools and more advanced features to monitor network usage, so in this tip we will show you commands you can use on Linux.

This command is well known for all Windows users. Its name is a short for network statistics and that is what this command does. The usage is almost identical to Windows, but on Linux this command gives more information. Now I will show you a few netstat invocations that you may probably use more.

The parameters –ltu displays the listening (l) ports, both TCP (t) and UDP (u). If you only use the –l argument it will also show the list of active UNIX domain sockets which is the way Linux uses to communicate between processes. 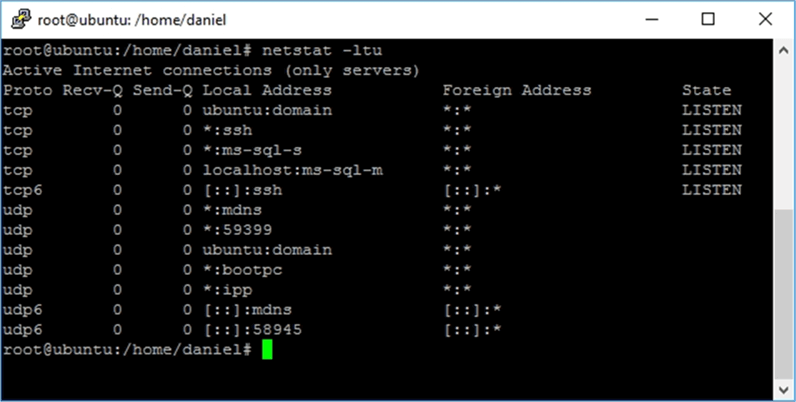 Additionally, if you add the –p argument (netstat -ltup) it will show which program is listening.

Slurm is a terminal based network monitoring tool. This utility doesn’t come with the standard distribution, so you will have to install it from the repositories with the following command. Remember to use sudo if you are not running as root. 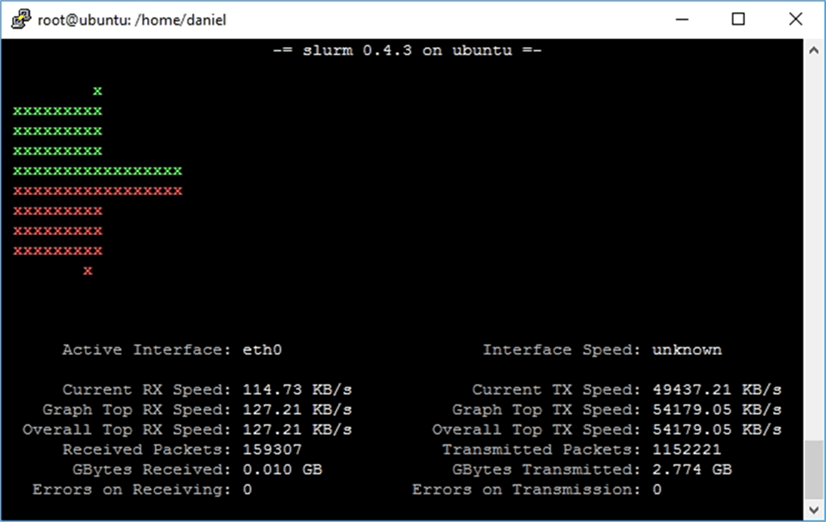 As you can see on the above image, this utility consists of an upper panel with a graph displaying network activity and a lower panel with the information as text.

This is a graphic network monitoring tool whose graphics are much easier to understand than those of slurm. In order to install this tool you must execute the following sentence.

When you use speedometer you have to pass as arguments the network interface you want to monitor as usual with any network monitoring tool, but this utility allows you to monitor multiple interfaces at the same time. Here is how it works: for example, if you want to monitor transmission and reception speed on the interface eth0 you should execute the following command.

Additionally, if you want to monitor transmission and reception speed on the interfaces eth0 and eth1 the command to execute is the one below.

On the following screen capture you can appreciate that the utility draws one histogram for every –tx or –rx argument adjusting its scale independently of each other. 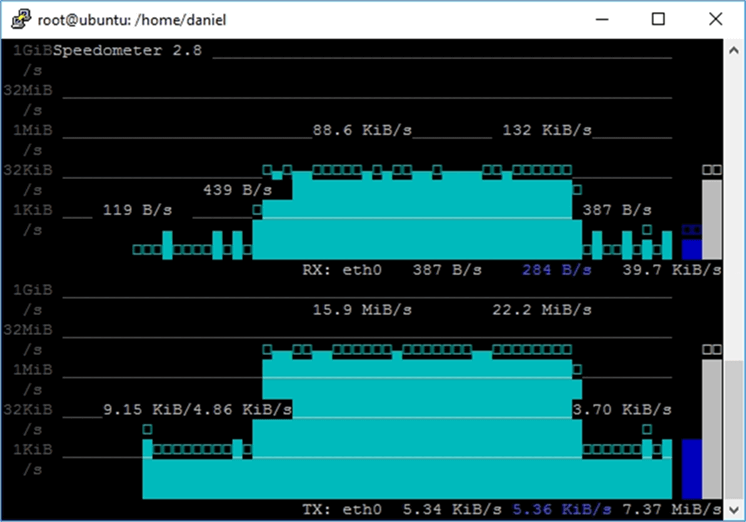 This is a network monitoring tool with a very basic interface, what makes it a good choice if you need to process or format the raw data in other application. To install this tool just execute the following code in your shell as root, or add sudo at the start of the command.

On the next screen capture you can see the execution of ifstat. 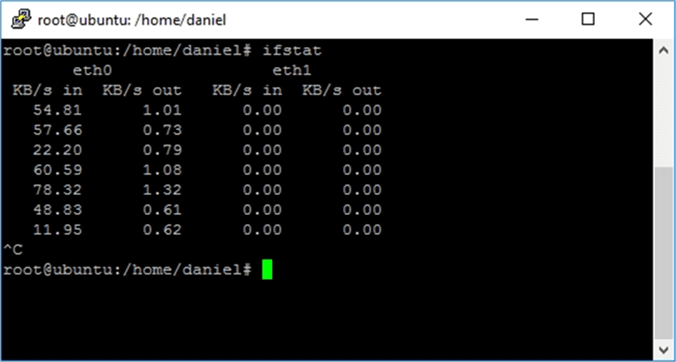 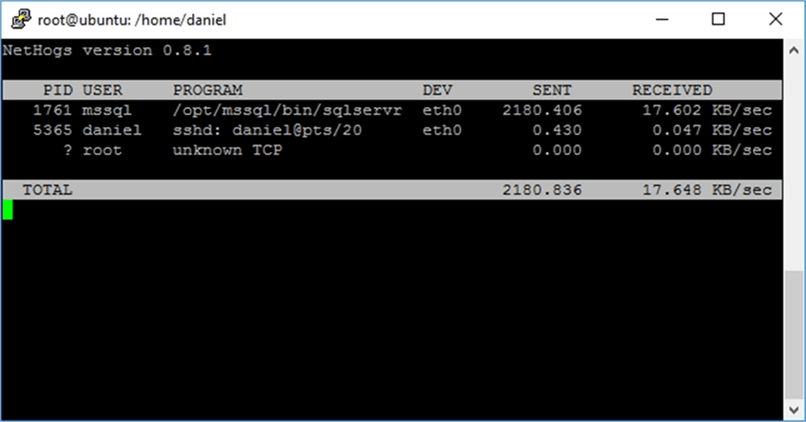 As you can see on the previous image, this utility shows a grid sorted by network usage. It shows the process identifier, the user running the program that is using the network, the program path, the network interface being used by that program and the send and receive speed expressed in kilobytes per second.

Something to note is that this utility requires to be executed as root. To install this program just execute the following code on a shell.