Here’s a high-level overview of the process involved in installing and configuring SQL Server 2017 Always On Availability Groups on Linux.

Step #3 can easily be the first step, depending on your preference. You can start with installing and configuring Pacemaker and get it ready prior to configuring SQL Server 2017 Always On Availability Group, similar to how it was in previous versions of SQL Server on Windows. That choice is up to you.

The configuration used in this tip consists of three (3) Linux servers running CentOS 7 – a free, enterprise-class, community-supported distribution based on Red Hat Enterprise Linux (RHEL). This gives you the opportunity to play around with the Linux operating system without the hassle of registering for a Red Hat Subscription. And because the distribution is based on RHEL, the instructions for installing and configuring SQL Server on Linux RHEL apply to CentOS 7.

The Linux servers were installed using the Infrastructure Server option and including the High Availability Add-Ons. 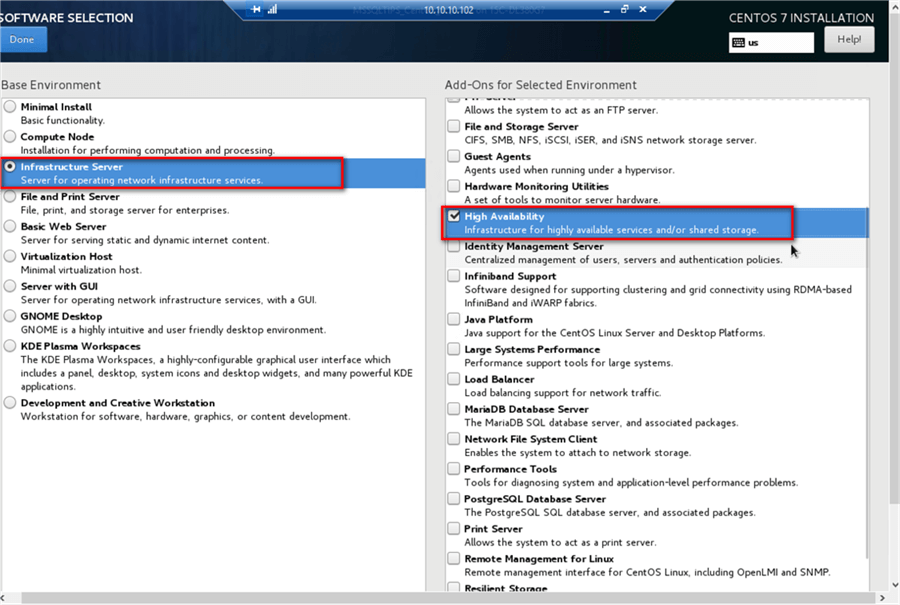 Below are the details of the implementation. The servers can access the Internet to download the necessary components.

The servers have also been added to the DNS for name resolution, including the Availability Group listener name.

Unlike when a SQL Server Always On Availability Group is tightly integrated with a WSFC, you need to manually add their corresponding DNS entries.  This is simply a mapping of the server hostname with its IP address. You can either ask your DNS administrator to perform this task for you or you can do it yourself, assuming you have administrative privileges on the DNS server.

Install and configure SQL Server 2017 on the Linux cluster nodes

You can use your preferred SSH client to connect to the Linux servers. Refer to this tip on Using ssh to connect to Linux for the SQL Server DBA for additional information.

NOTE: Perform these steps on all of the Linux servers. Remember to log in with super user (root) privileges when performing these steps.

To install and configure SQL Server 2017 on the Linux hosts, 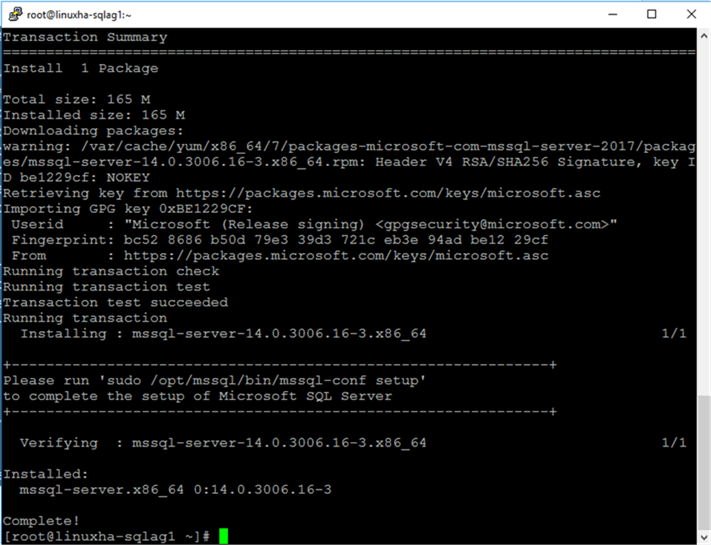 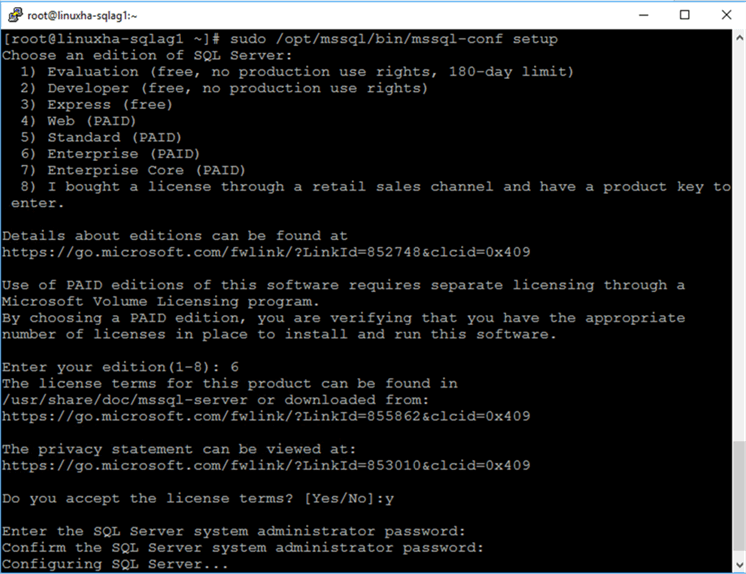 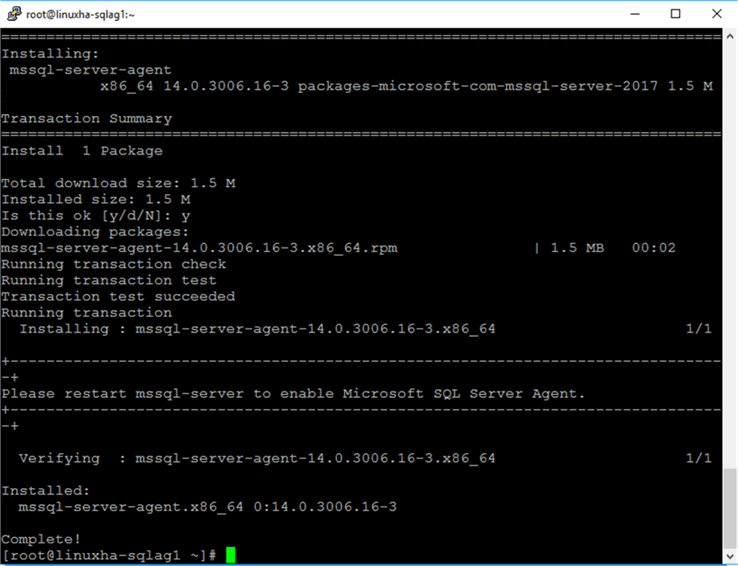 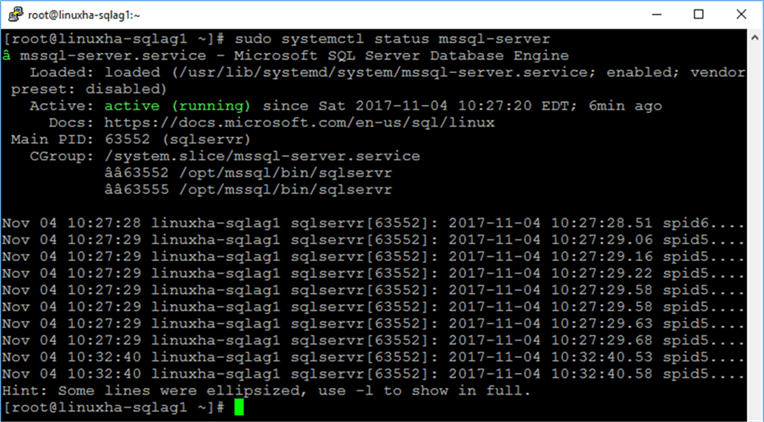 After installing and configuring SQL Server 2017 on Linux, you can test connectivity by using SQL Server Management Studio and running simple queries. Since the servers are running Linux, the sys.dm_os_host_info dynamic management view is use instead of the sys.dm_os_windows_info. 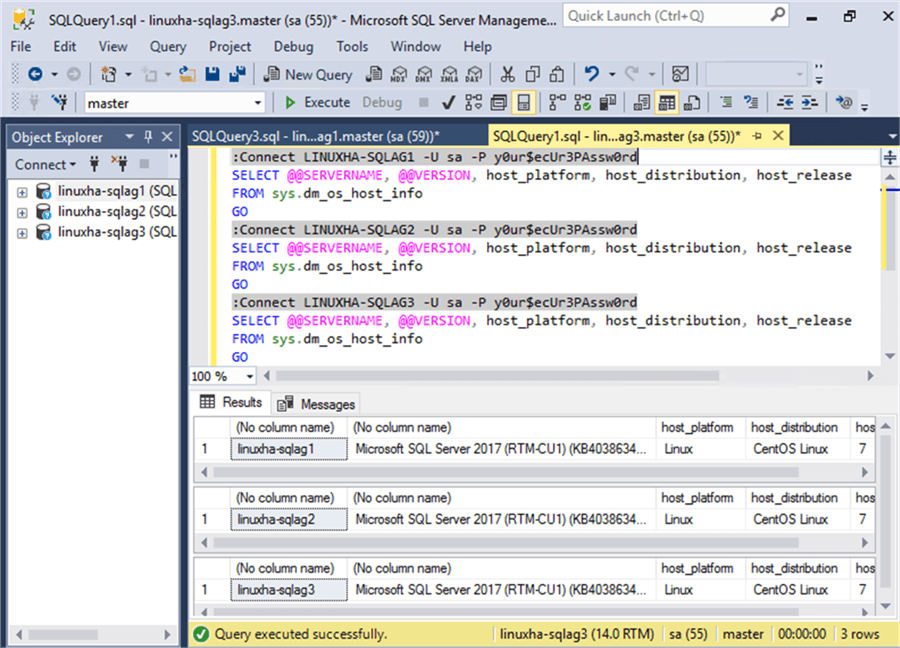