SQL Server is now available to run on Linux and with that there is the need to upgrade the Linux operating system just like for Widows. So, in this tip we cover how to upgrade an Ubuntu Linux server.

If you had the chance to read my previous tip where I explained the usage of Aptitude, which is the back end of apt-get, to upgrade application packages. In that tip I covered apt parameters which are almost the same as apt-get parameters. But apt-get has a parameter that is not present in apt which is dist-upgrade.

According to apt-get man page, the dist-upgrade parameter in addition to performing the function of upgrades, also intelligently handles changing dependencies with new versions of packages because of its smart conflict resolution system. Furthermore, the man page warns us about the capability of the dist-upgrade parameter to remove packages according to the rules dictated by its conflict resolution system, so you have to take care with this.

This tool is used to upgrade the Ubuntu distribution to its latest release by using the command-line. Even when Debian based systems like Ubuntu can be upgraded by using apt dist-upgrade, using do-release-upgrade is recommended because it has the ability to handle system configuration changes sometimes needed between releases. Furthermore, do-release-upgrade is the preferred command to use in case the machine has no graphical interface or if the machine is to be upgraded over a remote connection.

Following is a description of do-release-upgrade most relevant parameters:

On the next screen capture you will see the execution of do-release-upgrade on a remote server using a ssh terminal. 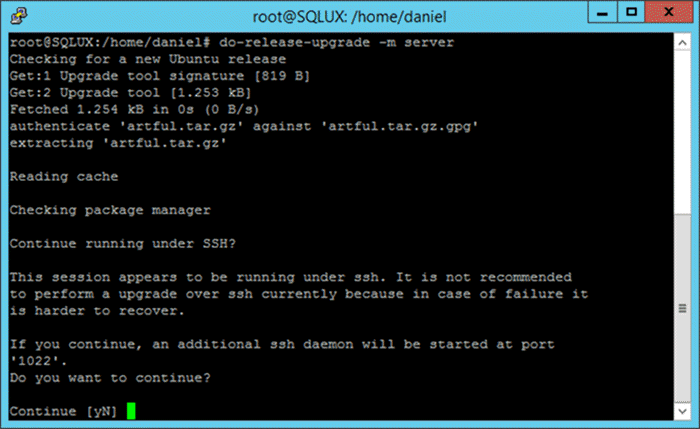 Next you will be notified about the download size and the disk space requirements. 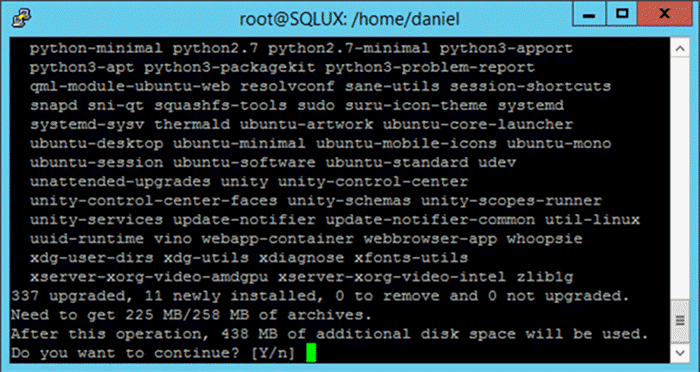 After the download and installation finishes, the do-release-upgrade will prompt you to delete obsolete packages. 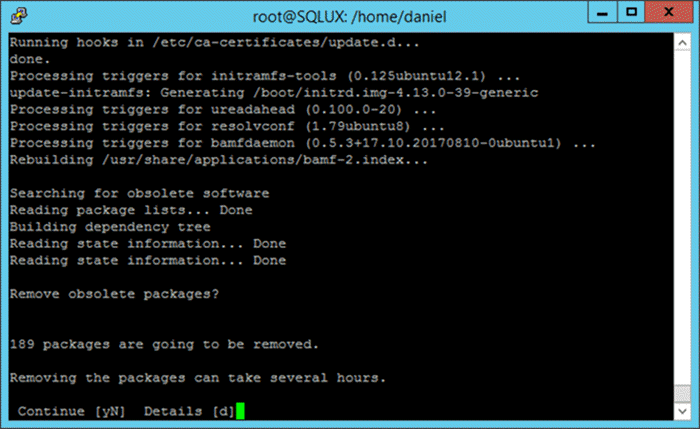 You can verify which packages are going to be removed by pressing the key "d" (for details). In such case you will see something like the next screen capture. 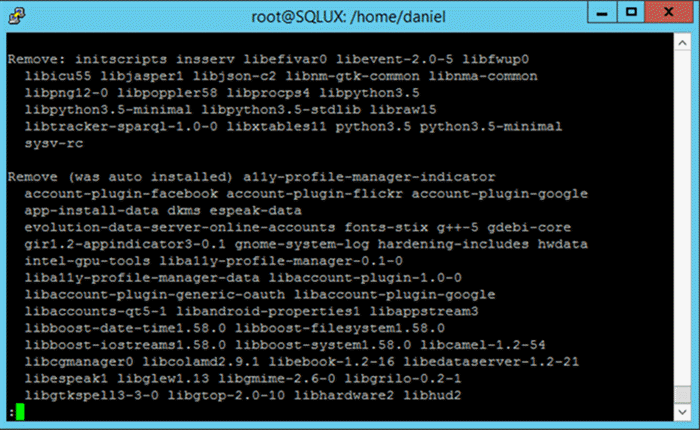 After you review the packages to be removed you must press the "q" key to go back to the previous screen and then press "y" if you want to continue and remove those packages or press "n" to abort. 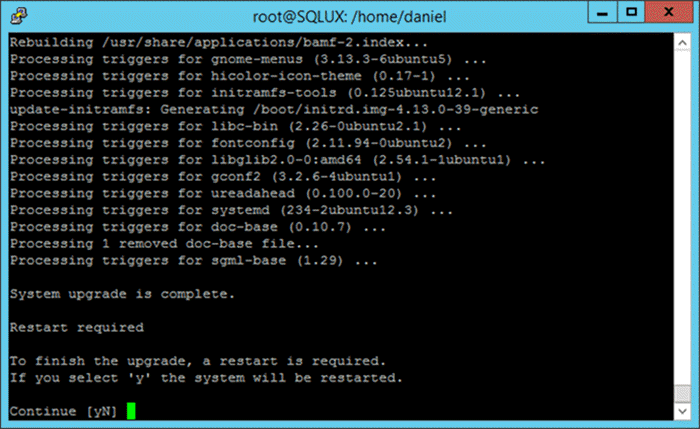 If something went wrong, you will see an additional screen about sending an error report to the developers of do-release-upgrade. 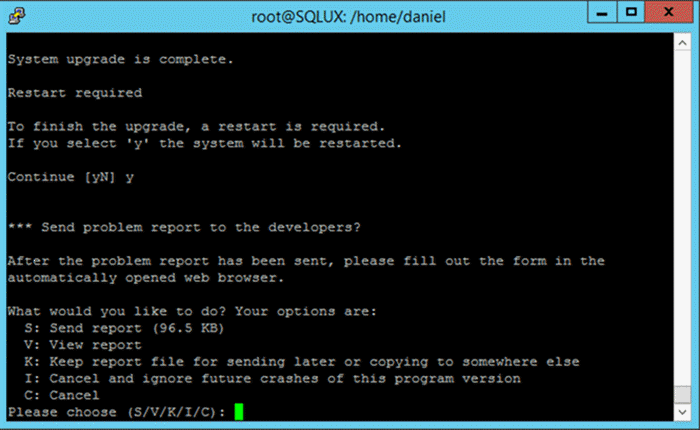 After finishing the upgrade process and having your system restarted, you will see the new version number when logging in via a ssh connection. Also, you can run the following command to see the distribution version. 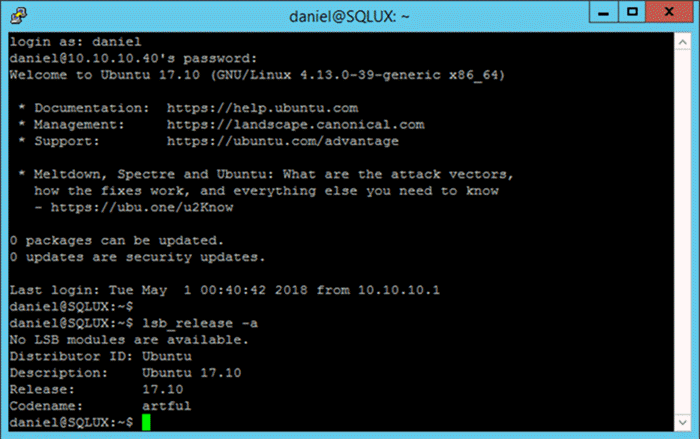 What If You Receive the Message “No New Release Found”?

When you upgrade your Ubuntu distribution you may face a situation where you know that there is a new release, but you get the warning message “No New Release Found”. This could happen with either the do-release-upgrade or the apt-get dist-upgrade command. In such case, you must check the settings on the /etc/update-manager/release-upgrades configuration file and set it to the appropriate value according to your needs. You can use the editor of your choice, but if you are new to Linux I suggest you use nano to edit text files. 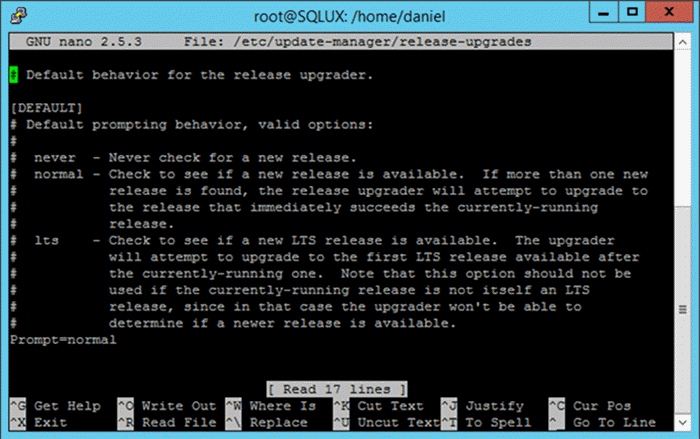 In the next table I copied the settings shown on the previous screen capture with its description.