Reference data is added to the SQL Server database by multiple developers and testers, thereby causing inconsistencies in the database due to reference data updated by one developer getting overwritten by another developer/tester and so on.  In this tip we will look at how this can be solved.

To replicate the problem, let’s setup a sample database with reference data (table). This tip assumes you are working with SQL Server Data Tools (SSDT).

Create a blank database project and call it CarsSample and then import the previously created database into the project: 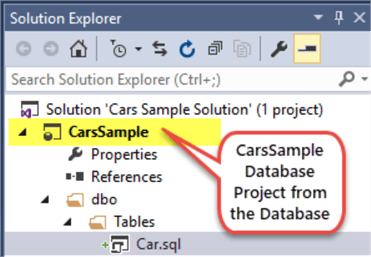 There is no reference data involved since we have just one table:

Add the following reference tables in the database project: 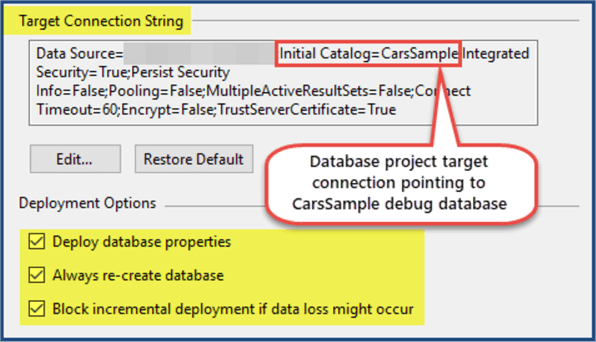 Debug the SQL Database Project to deploy the changes we have just made, provide the target connection is set to CarsSample database:

At this point, we have both a main table and a reference table ready except the data scripts are not yet written. 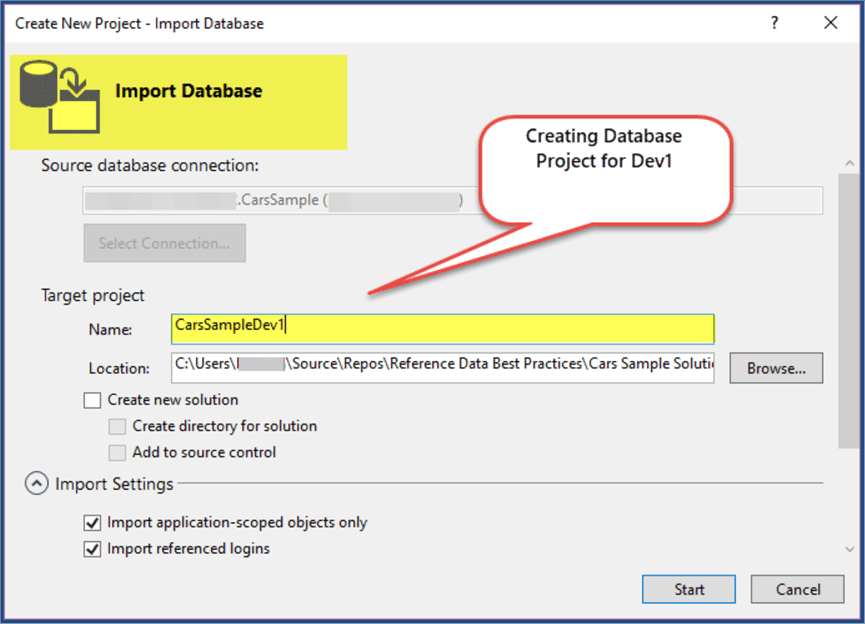 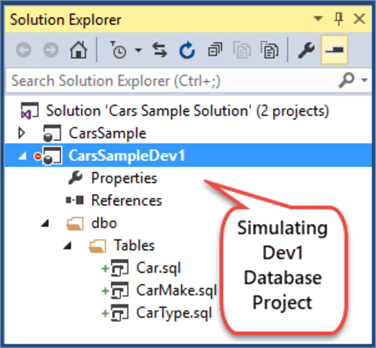 Similarly, create another SQL Database Project from CarsSample database and call it CarsSampleDev2: 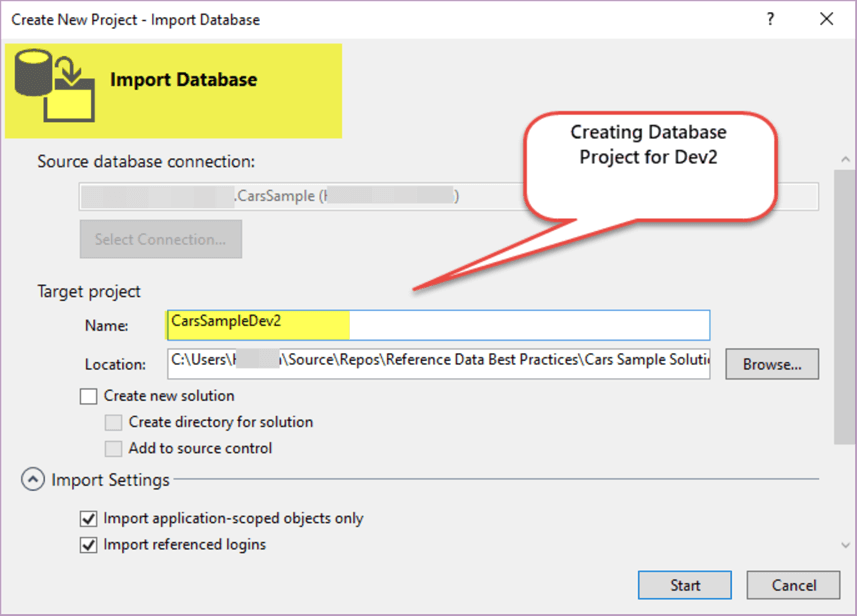 Both projects are ready now: 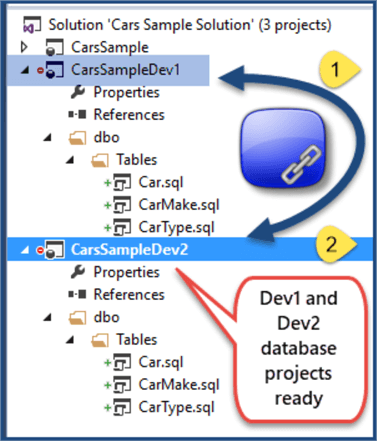 SQL Server Data Tools (SSDT) offers declarative database development, which has many benefits including not needing to worry about the state of the database when adding new or modifying existing database objects.

When it comes to adding reference data, it is added in the form of data script(s), that run as a post-deployment script during the publish or debug process.

According to Garry Trinder, a declarative database style makes database deployment repeatable, which means it does not matter how many times you deploy the same changes to your debug database, it remains consistent.

Setup development environment for Dev1 represented by CarsSampleDev1 is as follows: 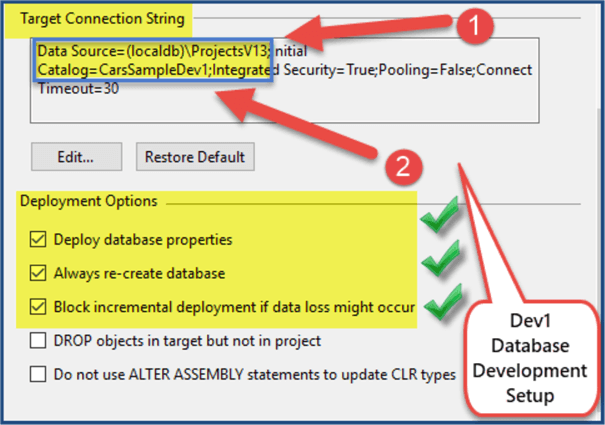 The use of localdb mimics local development environment for Dev1.

The project should look as follows:

DeDebug the project to deploy changes to the localdb which is like a local development environment for Dev1.

Debug database has been successfully created for the first and reference table for Dev1 (CarMake) has also been populated by the post deployment script.

Next step is to create a publish profile to deploy the SQL Database Project managed locally by Dev1 to Dev Server which is a shared development environment. 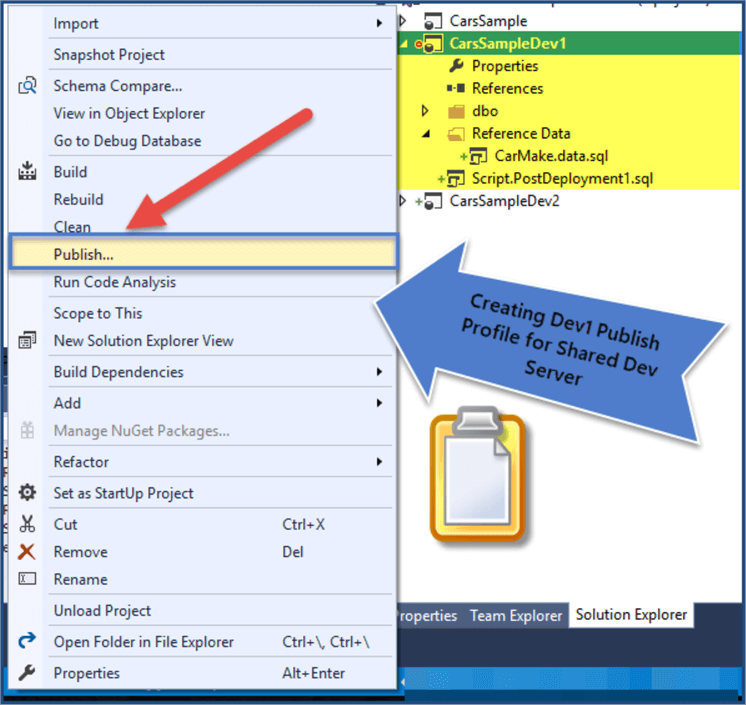 Create publish profile for dev server by pointing to your local SQL instance as we are simulating dev server: 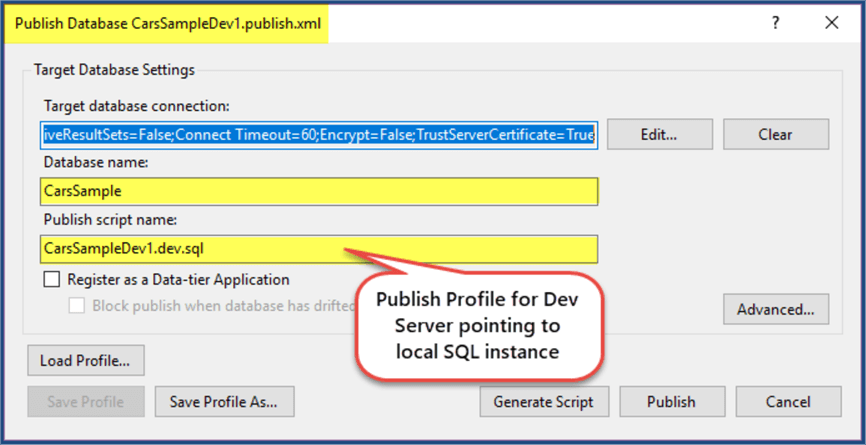 Run publish profile and see all the Dev1 changes getting deployed to shared dev database:

The CarMake table got populated so the reference table managed by Dev1 has been successfully populated as shown below:

Setup development environment for Dev2 the same way Dev1 environment was setup except the reference table CarType needs to be populated instead of CarMake. 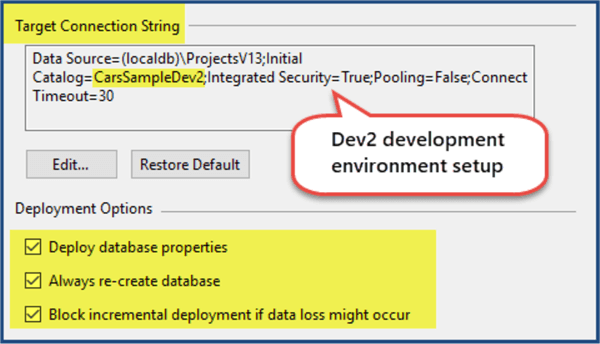 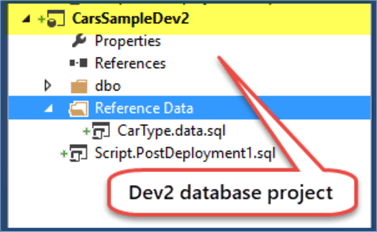 So, we have successfully replicated the problem and it is obvious that “Always re-create database” deployment option is best suited if only one developer is responsible for adding reference tables and the data scripts, which is not always the case.

One of the possible solutions of the above problem is to use alternative way of creating repeatable data scripts so that the changes done by one developer don’t get overwritten by another developer in the context of reference table data.

One thing is for sure we have to avoid using “Always re-create database” deployment option but somehow, we have make the scripts repeatable to comply with standard practices.

This means, we only need to insert data if it does not already exist.

Let us implement this for Dev2 by first unchecking “Always re-create database” and then replacing CarType.data.sql script with the following code:

Publish the project to Dev server using the publish profile and see the results: 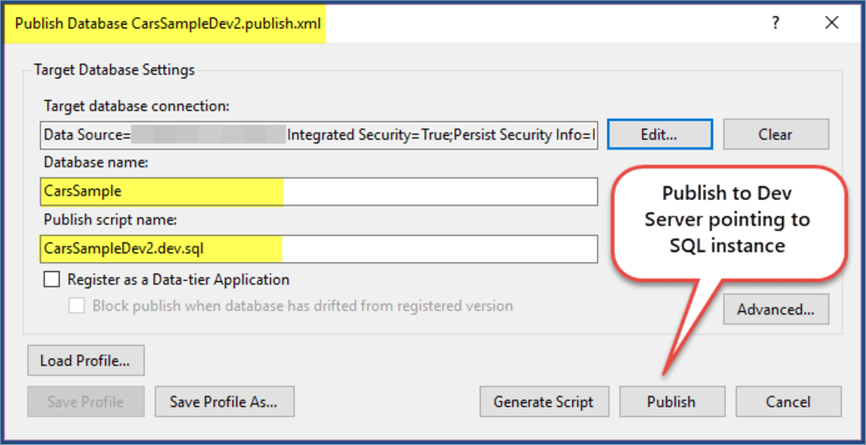 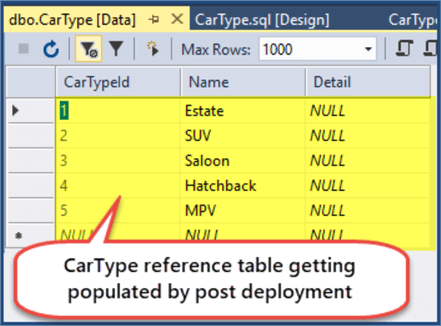 The table still contains all the five records even though the first two records were deleted before the publish profile was rerun. The data script is working fine.

A similar sort of script can be written for CarMake table managed by Dev1.

The above approach does the job, but a more comprehensive solution and more about reference data best practices is going to be presented in the next part of this article.