Container technology solves a unique problem that every IT organization faces: reliably run software when moved from one computing environment to another. As a SQL Server DBA, this is something that we must deal with every time we migrate or upgrade our databases – from physical machine to another physical machine, from physical machine to virtual machine, from older version to newer version or from on-premises to the cloud. A more common scenario is when a developer writes T-SQL code from their development environment and promotes the code in staging environment and even production. Even with a proper change management process, this can still be an issue because there is no guarantee that the different computing environments will be the same.

Container technology – or containers, as they are more commonly known – addresses this problem. It does this by packaging an application and all of its dependencies like binaries, kernel libraries, configuration files, system tools, etc. and creating an entire runtime environment. A container image is created and packaged with the application and all of its dependencies. The image is then deployed as a container at runtime.

Given the nature of containers, you might get confused as to how different they are from virtual machines. To illustrate, below is a diagram of the hypervisor architecture. 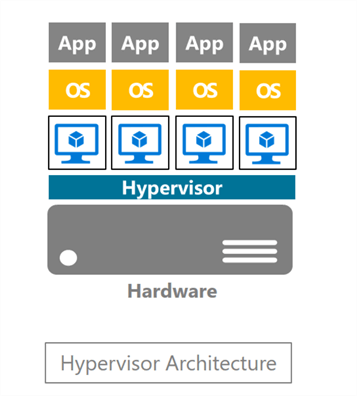 Virtualization solves a totally different IT problem on its own: hardware overprovisioning. In the past, IT would provision hardware that is barely even using half of the available resource. This is wasted resource. So, instead of buying expensive hardware for a specific application without knowledge of present or future capacity, you can run them on virtual machines with minimal resources. You can scale the virtual machines up in the future if and when the workload increases. Even better, you can run multiple virtual machines on a single physical machine. The only time IT would buy hardware is when there really is a need for it.

This is where containers come in. 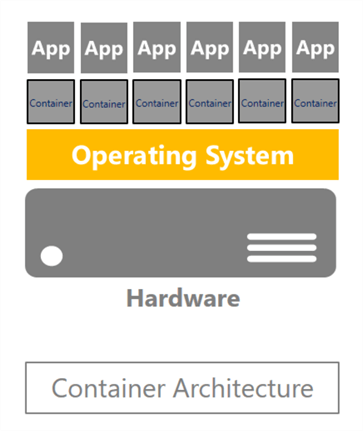 And since containers do not have a full-blown operating system, they can be easily started and stopped in a "just-in-time" fashion, quickly spinning up containers when the need arises. This is a huge benefit when dealing with fast software development lifecycles and having the right environment that comes with it. Imagine having a developer build an application and deploying it in a container that can be moved across different computing environments, from his workstation to a production server, while eliminating the very common "but it worked in my laptop" comment.

The idea behind containers started with virtualizing the Linux operating system kernel. This is the reason why it is very popular in the Linux community. As a SQL Server DBA who only worked with Windows in most of your career, this can be a little bit intimidating, especially if you haven't worked with Linux just yet. Don't fret. Windows Server 2016 has support for containers, so you can start working with it in a familiar environment. In fact, this tip will get you started on deploying containers on a Windows Server 2016 environment.

However, you do need to have a basic understanding of Linux to fully maximize containers.

In a previous tip on Run SQL Server vNext (CTP1) as a Docker Container on a Mac, you've seen how to leverage Docker with a SQL Server running in a container. But what is Docker?

Docker is a container engine developed by Docker, Inc. based on the concept of virtualizing the Linux operating system kernel. Docker is to container engine much like how VMWare is to virtualization. Learning the different docker commands to work with the Docker container engine – for SQL Server on both Windows and Linux - will be the focus of this series of tips.

Let's get started with setting up Docker on a Windows Server 2016 machine.

Here's a high-level overview of the process involved in setting up Docker and using the Windows container feature on Windows Server 2016. It is a clean installation of the operating system and directly connected to the Internet.

To enable the Containers feature: 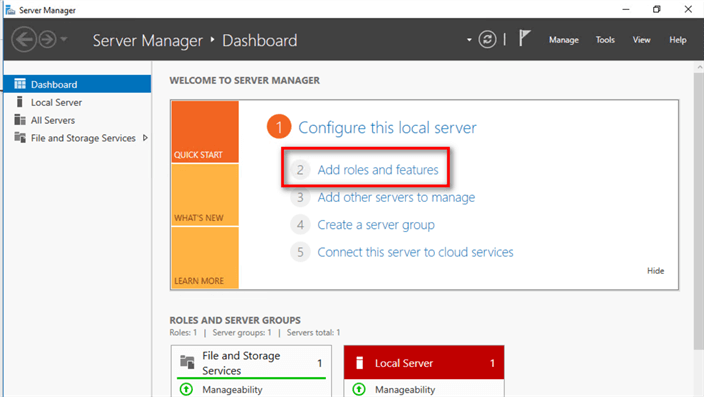 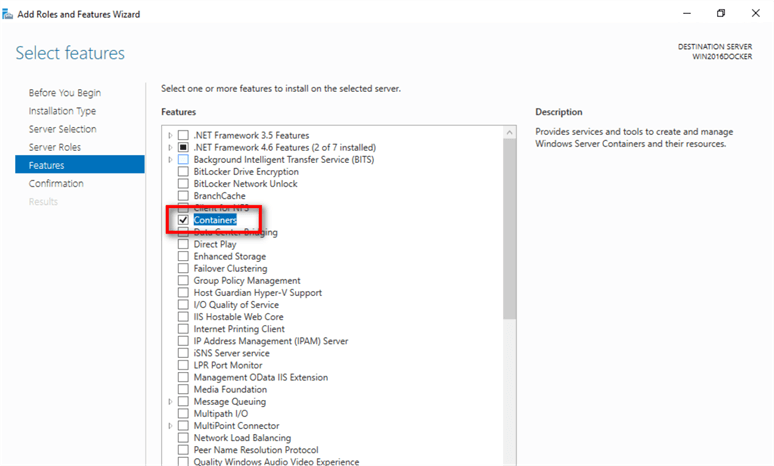 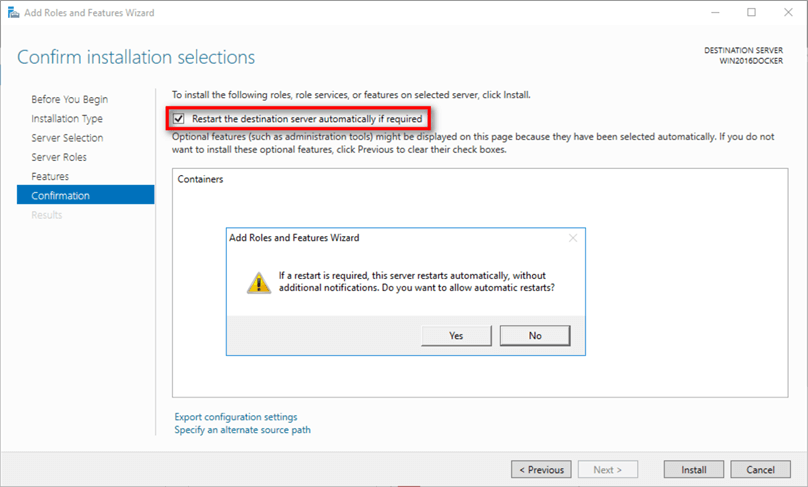 Another way of installing the Containers feature is by using the Install-WindowsFeature PowerShell cmdlet.

You will be prompted to restart the server to finish the installation process. Use the Restart-Computer PowerShell cmdlet to do so.

Before you can install Docker, you need to use the PackageManagement provider to download and install the MicrosoftDockerProvider. This provider enables you to easily install Docker on your machine. Use the Install-Module PowerShell cmdlet for this.

When prompted to download and install the NuGet provider, type Y to respond Yes.

Finally, you can use the PackageManagement PowerShell module that you downloaded and installed in Step #2 - DockerMsftProvider - to install the latest version of Docker. This includes both the Docker Engine and the Docker client. Use the Install-Package PowerShell cmdlet for this.

After installing the Docker Engine, you may need to start the Docker service (or daemon, in Linux). You can use the Services management console to do this. 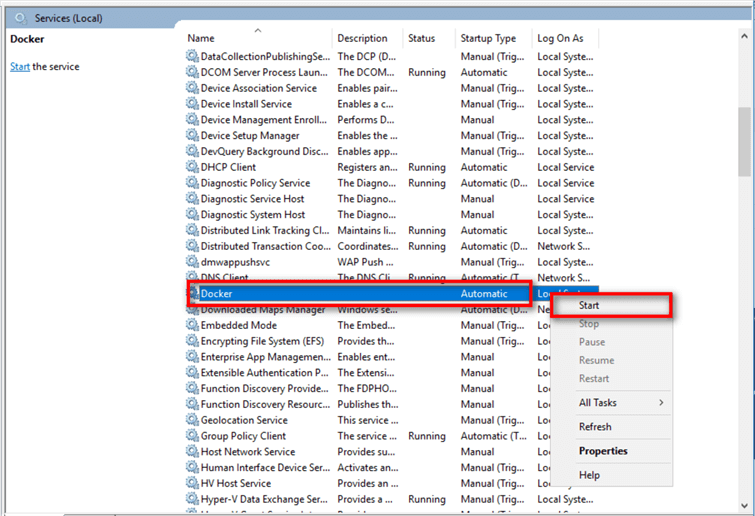 Alternatively, you can use the Get-Service and Start-Service PowerShell cmdlets for this.

NOTE: You may need to reboot the server after installing Docker in order to update the environment variables to point to the C:\Program Files\Docker path so you can run Docker commands from either the command prompt or the PowerShell command shell.

Run the command below to check the version of docker installed on the server.

Here you can see the version of both the docker client and the docker engine. Obviously, the OS/Arch: property will display Windows since the Docker engine is running on a Windows Server 2016 machine. 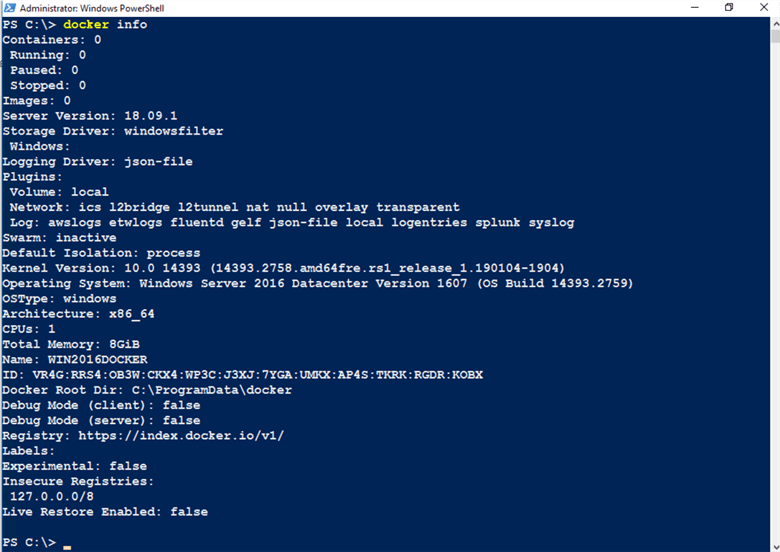 Congratulations! You now have a Docker engine running on your Windows Server 2016 server. In the next tip in this series, you will explore the most common docker.exe commands to perform the most common tasks.