SQL Server has many types of triggers that can be created, but finding them using SQL Server Management Studio (SSMS) may not be easy if you are not sure where to look.  In this tip we look at how to use SSMS to find and manage both DML triggers and DDL triggers.

SQL Server Management Studio is a graphical interface that allows the user to configure, manage and also edit scripts. Although the GUI is easy to use, we must recognize that knowing where to find objects is not always that easy and this is true with triggers because there are different types of triggers and they are not all in the same place in SSMS.

There are two types of triggers that can be created:

The DML triggers are those that fire when a SQL statement tries to change the data of a given table or view.  These can be created on tables and views.

In the next sections I will show you how to access to each type of trigger within SSMS. 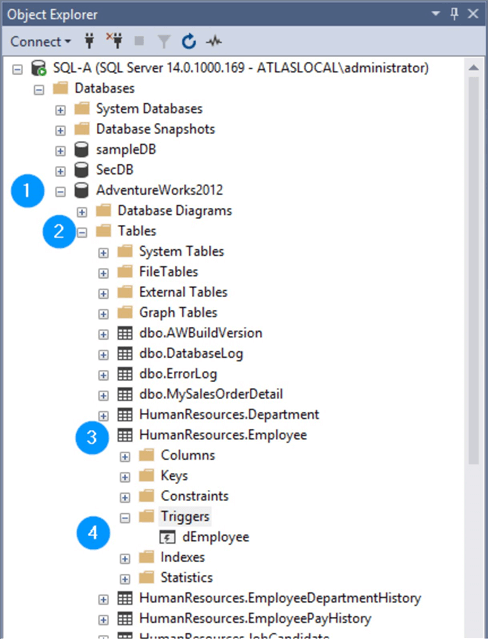 Now that we found the trigger, right click on the trigger to see a menu of things you can do from SSMS.  If you click on Script Trigger as you can see the different scripts you can create from SSMS as shown below. 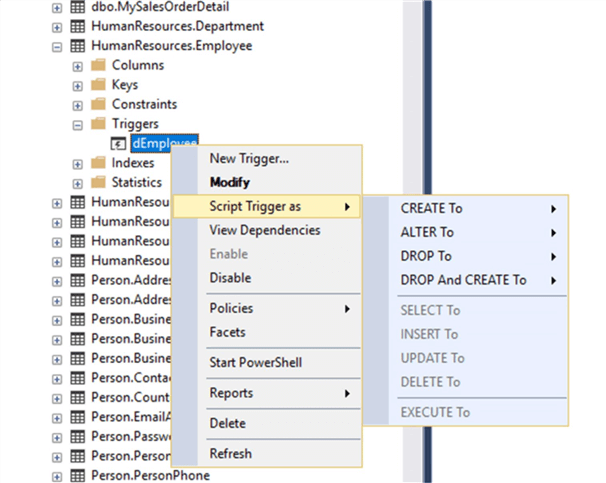 That context menu gives you the chance to modify, script, view dependencies, enable or disable and delete the trigger. The modify item opens a new script window in the SSMS editor with the trigger's source code scripted as an ALTER TRIGGER statement.

Additionally, SSMS can be used to look at triggers that are scoped to views. Follow the same steps as if you were looking at a table scoped trigger, but instead of expanding the Table folder expand the Views folder. The next screen capture shows those steps in order. 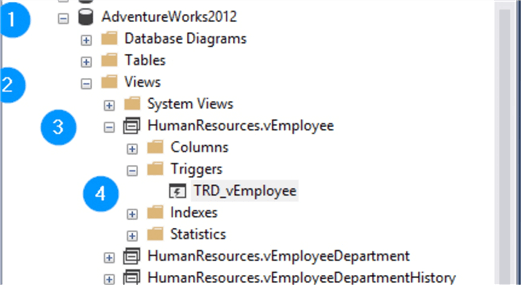 Also, if you right click on the trigger you will see a menu similar to the trigger scoped tables. 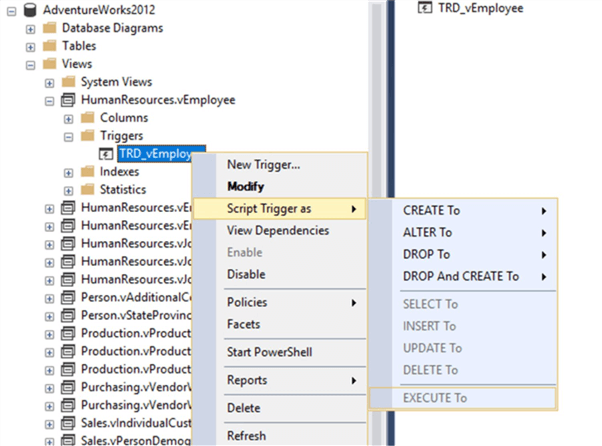 If you want to view these triggers go to the Programmability folder within the database and look for a subfolder named Database Triggers as shown below. 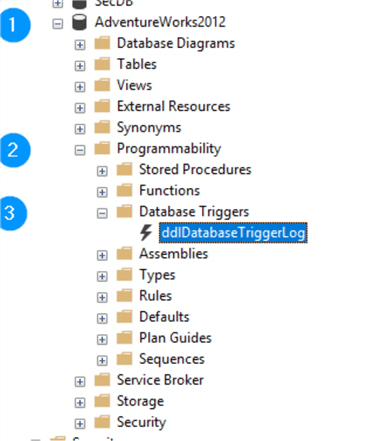 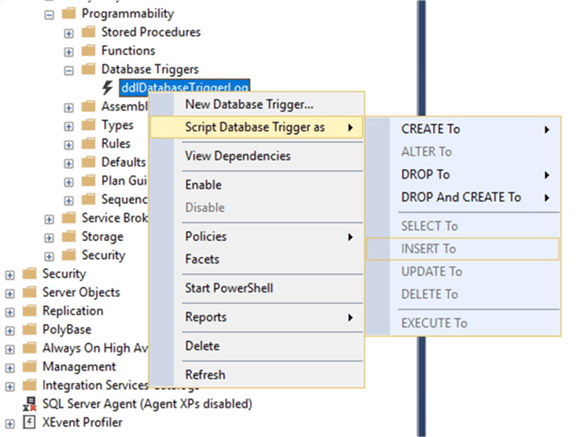 In case we want to see DDL triggers that affect the entire server we need to look at the Server Objects folder in the server tree view. You will see a child branch Triggers. Expand the Triggers folder to see a list of server scoped DDL triggers. 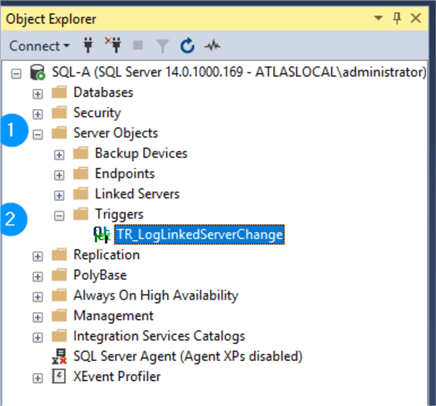 When we right click on the trigger name, we will see a menu with the same items as the database scoped triggers. 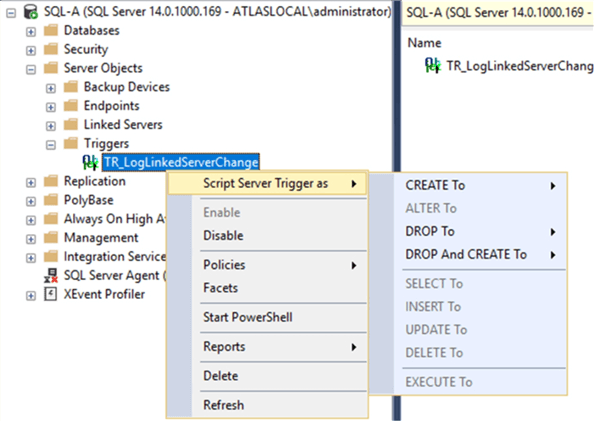