The SQL Server Reporting Services (SSRS) ReportServer database created during a native SSRS installation is undocumented by Microsoft, but I want to query it.

This tip will explain common tables and joins as found in a default ReportServer database and some example scenarios where such queries could be helpful.

The first useful table within ReportServer is dbo.Catalog.  This table contains 1 row for every object found on the SSRS site.  This includes a row for each folder, report, data source, image, and linked report.  The primary key and clustered index for the table is ItemID and it is a GUID.  The user columns are also a GUID and can be converted to a name by joining to the dbo.Users table.

Depending on the version of SSRS not all type values may be available.

Consider this instance of SSRS with one folder, one report, one linked report, and an image at the root. 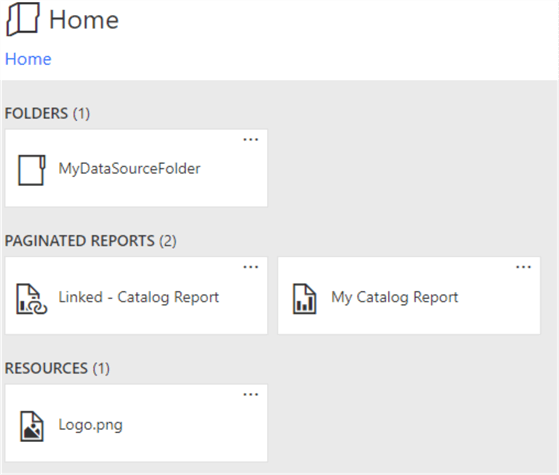 Within the folder is a single data source. 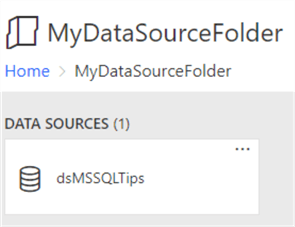 The output of the above query would contain a row for each item in the screenshots.  The row at the top with no ParentID is the root folder.  Notice that the root ItemID is the ParentID for each item stored at the root.  The one data source that lives in a folder outside the root has a ParentID value belonging to the source older.  Finally, the linked report is the only object with a LinkSourceID value and that that value is the ItemID of the report.

This previous tip covers the content column in much more detail.

Continuing with the example from above, this is the expected output.  The blue text can be clicked and will open the XML in a new SSMS window.

The Data Source object looks like this when expanded into its own window.

Can one change these values, perhaps to move a report to a different folder or to hide/unhide it?  Technically, yes.  But that is not advised and would not be a supported operation.

Here is some sample output from dbo.ExecutionLog3 after each report from the prior demo was executed once on the screen and then exported to Excel and PDF respectively.

One of the most useful parts of this table is the parameters column.  This column is part of the execution log and records the parameters used when a report was executed.  When a user says that they ran a report and received unexpected results it can be hard to replicate without knowing exactly what they typed in.  With this column the process becomes a matter of fact rather than a matter of guessing.  Did the user type in something unexpected?  Perhaps an obvious typo like the wrong year on their date range?  Bingo.  There it is in black and white.

Anyone that manages an SSRS box has noticed that each subscription creates a SQL Server Agent Job with a GUID as its name.  These might seem like they don’t have meaning, but they actually do.  There are 2 new tables that will help understand how subscriptions are stored in the ReportServer database.

Continuing with the prior demo database a single subscription was created against My Catalog Report.

As expected, a single new SQL Server Agent Job appeared on the instance. 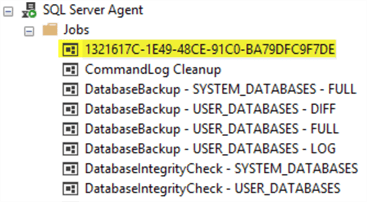 This query will join from the catalog through to the agent job in MSDB.

For this example, the results of this query show that the inner join has matched the subscription to the agent job.

This information may be quite interesting to someone that enjoys SQL Server trivia, but its usefulness may seem limited.  This section of the tip includes a few real-life scenarios where this data was used to solve a business problem and may serve as an example of how this information can be applied to the day-to-day workings of a SQL Server professional.

This author remembers a time when a report was running slowly for the end users.  He was asked to help clean up the query to make the report run faster.  Upon reviewing the execution log, it was determined that the query (TimeDataRetrieval) was finishing in a sub-second time frame.  The rendering time (TimeRendering), however, was many seconds long.  This pushed the onus back to the report developer and away from the DBA who would have otherwise wasted time trying to tune a well-tuned query.

Another real-world scenario is a time that many users were complaining about application performance.  The SQL Server was running with higher than normal resource usage.  The SSRS application was consistently showing up with a busy, active SPID.  Reviewing dbo.ExecutionLog3 showed a query running repeatedly with very long TimeDataRetieval.  Reviewing history for days prior showed that execution was considerably longer today than yesterday or prior days.  Reviewing dbo.Catalog showed the report had been modified that very morning along with the user that modified it. It was clear which report writer needed to be consulted at that time to rollback a change and review it before resubmitting.

A customer was getting ready to migrate to a new SQL Server and wanted to clean up older reports that weren’t being used any longer.  Each business unit manager was presented with a report showing each report in their respective libraries along with the execution count and most recent execution time.  They were able to remove many more reports from the library than would have been had they not started with such concrete evidence that many reports were idle.