Computing a linear weighted moving average in a spreadsheet 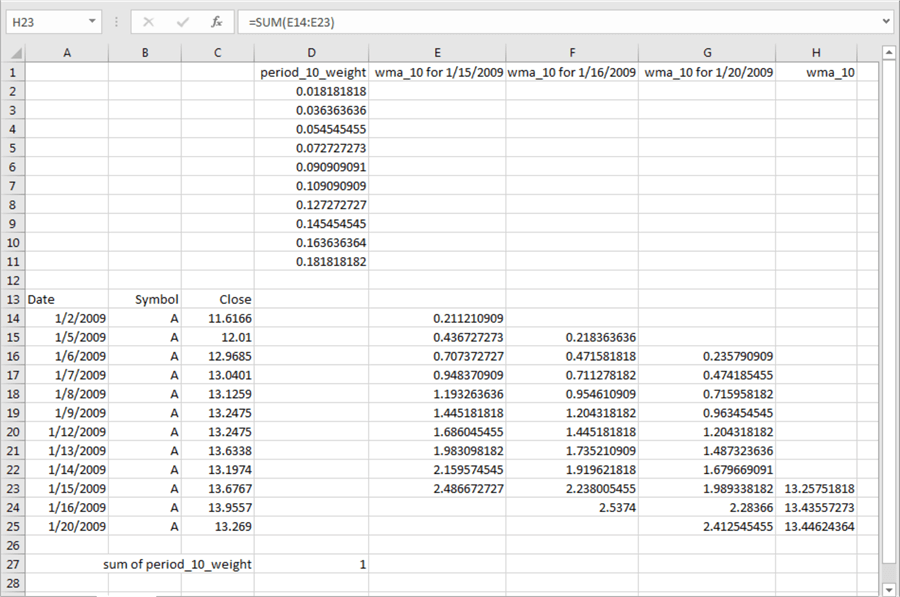 Based on the preceding demonstration, there are three main steps to computing weighted moving averages.

The following pair of screen shots shows the first thirty-nine and last eleven rows from a results set containing weights for four different period lengths: ten-periods, thirty-periods, fifty-periods, and two-hundred-periods.  The excerpts in the two screen shots are from the #date_weights table.  The weights appear in the four columns on the right-hand side of the results set. 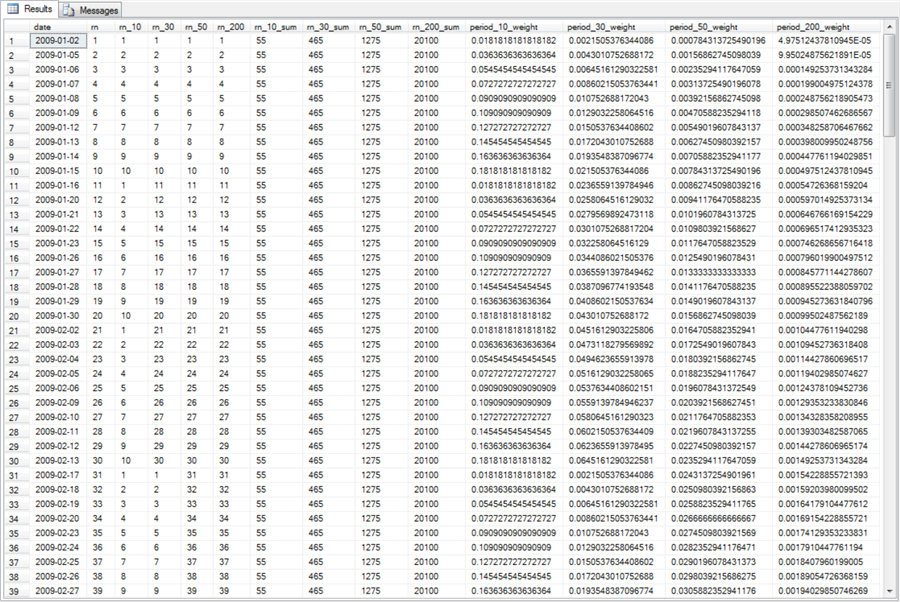 The remainder of the code in this section illustrates how to compute ten-period weighted moving averages for the close column values in a table named yahoo_prices_valid_vols_only in the dbo schema of a database.  The code also relies on the #period_10_weight table.  This temporary table excerpts the ten-period weights from the #date_weights table.

Here’s the code for populating the #wma table.  This temporary table holds ten-period weighted moving averages for close values from the yahoo_prices_valid_vols_only table.  The code is heavily commented so the bullets below identify just especially critical features without diving into all the details.

The download file for this tip includes T-SQL code for computing weights and weighted moving averages when the period length is for a length of either ten or thirty periods.  The code design is the same for both ten-period and thirty-period lengths, except for minor revisions to account for the change in period length.

Exponential weighted moving averages can have one of three values.

There are a couple of points that may be useful to clarify before examining the code for computing an exponential weighted moving average.

Here’s some T-SQL code that illustrates how to compute ten-period and thirty-period exponential moving averages based on the first thirty-nine close prices in a table named yahoo_prices_valid_vols_only.  The code is heavily commented.  Therefore, the description below complements the comments by describing the role of key local variables and code design.

This section does not include a presentation of the results set from the preceding script, but the results set contents are available in an Excel worksheet file within the download for this tip. 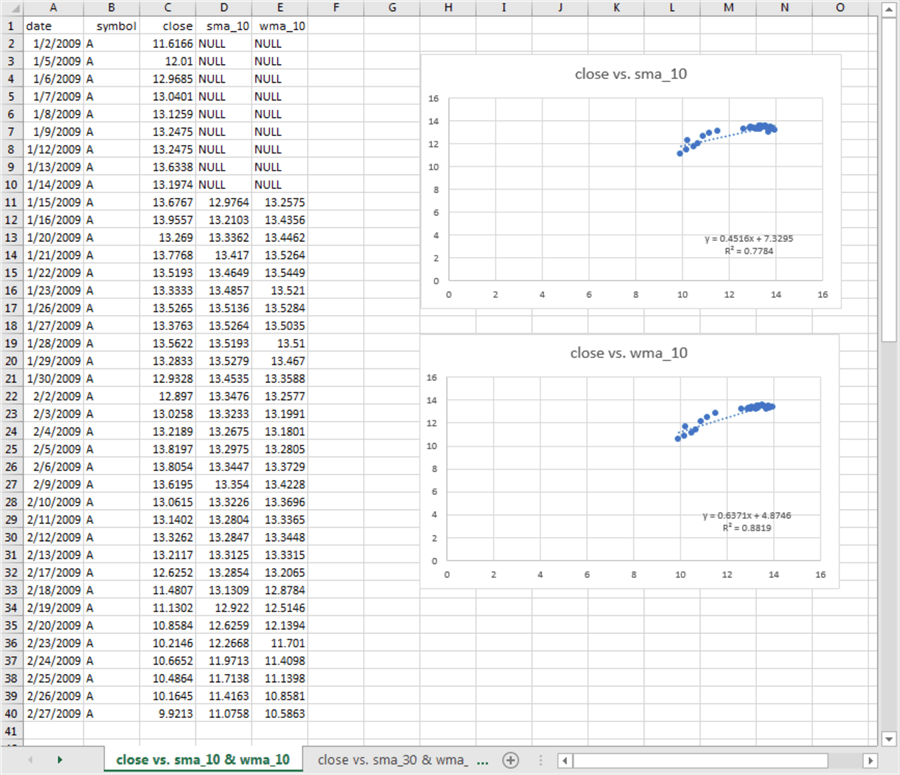 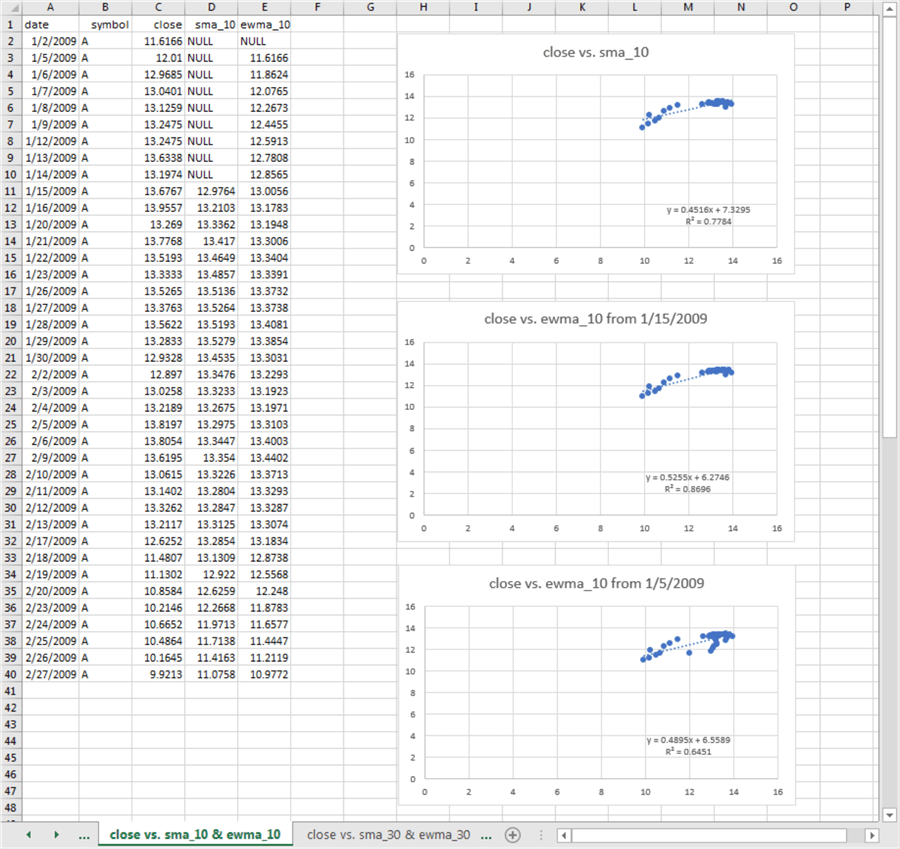