Exponential moving averages have many data mining and modeling applications for time series data, including

Exponential moving averages track changes for a metric over time. A metric can be anything that you are monitoring over time, such as the daily closing price of a stock or daily start-of-day free space versus start-of-day allocated space for your databases.

In financial applications, it is common to compute the value of α as two divided by the number of periods in a period length plus one for a set of exponential moving averages. The following screen shot shows the computation of α for the seven different period lengths used in this tip. 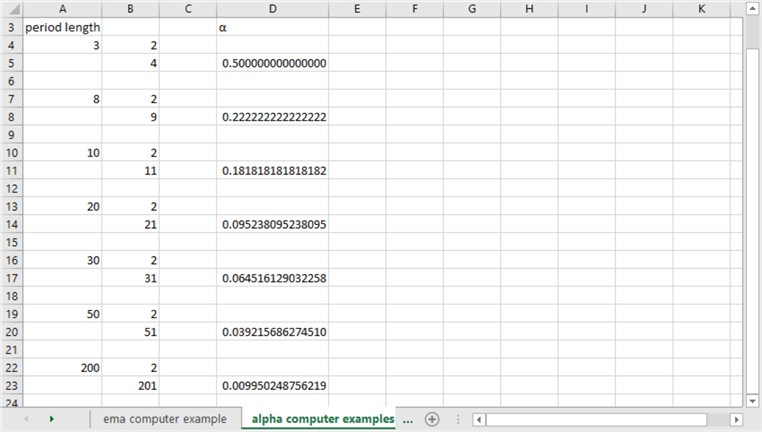 The data source for this tip

The following screen shot shows a script excerpt with a set of four queries for the dates in the fact table. 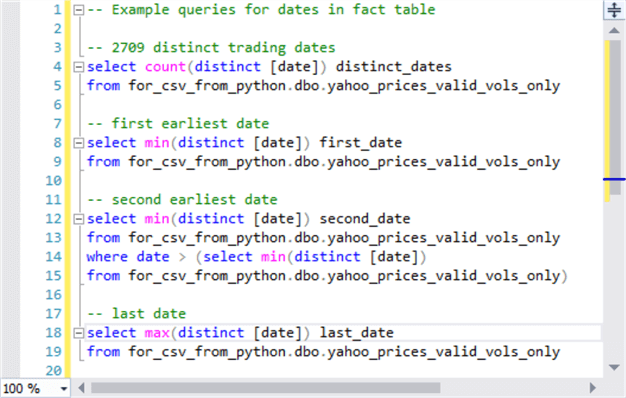 Here’s another screen shot with a result set for the preceding script segment. 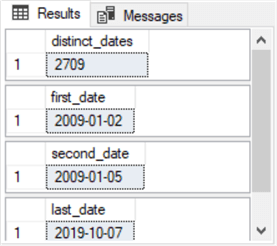 Here’s another script excerpt that can display all distinct stock symbols in the fact table as well as the first set of twenty time series values for the symbol A used in the preceding example. As the comment for the first script example below indicates there are 2614 distinct symbols that have a close price for each distinct trading date in the fact table.

Here’s an excerpt from the results sets from the preceding script examples. 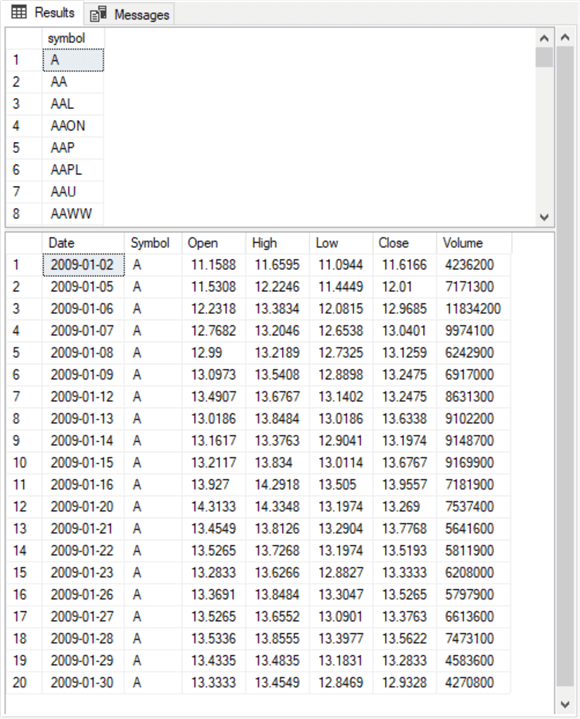 The following script creates a fresh version of a stored procedure named usp_ema_computer in the for_csv_from_python database. The stored procedure assumes that source data for computing exponential moving averages are available from the yahoo_prices_valid_vols_only table in the dbo schema of the for_csv_from_python database. When working with data from another source, you will need to revise the stored procedure to point at the data source for which you wish to compute exponential moving averages. 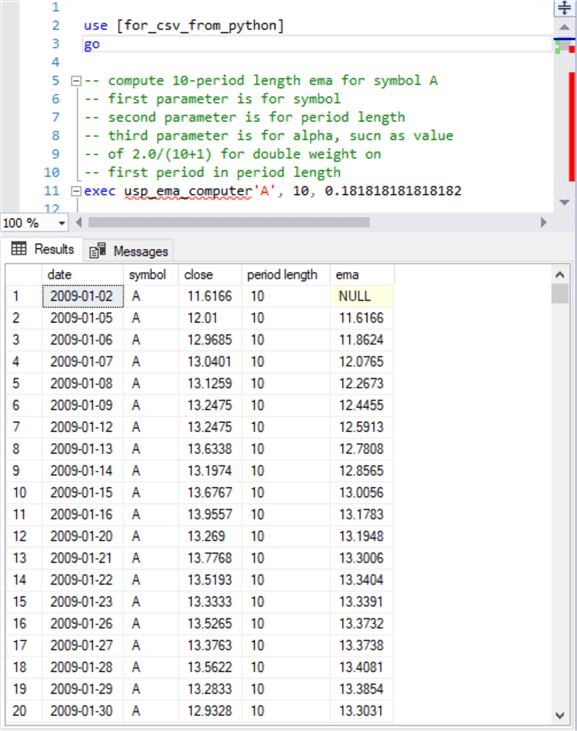 The following script demonstrates how to store exponential moving averages and add an index that can expedite data retrieval for subsets of stored moving averages.

Here’s a short script to list the first 28 rows from the date_symbol_close_period_length table where the exponential moving values are stored.

Here’s what the results set from the preceding script looks like. 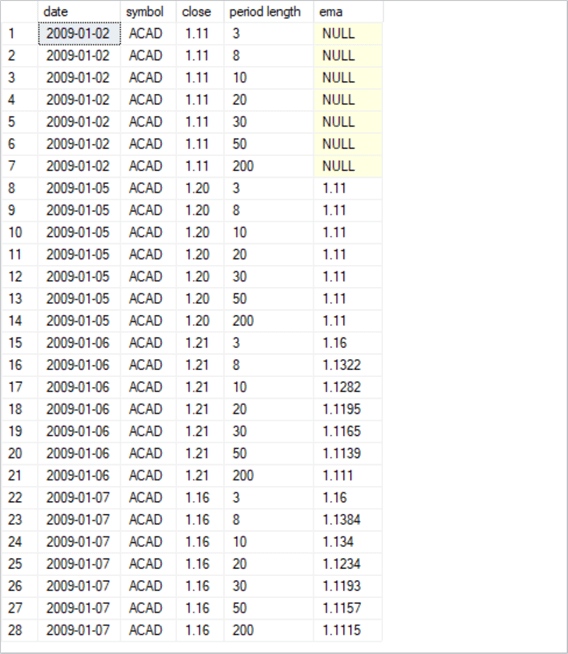 Here’s what the results from the prior script looks like. 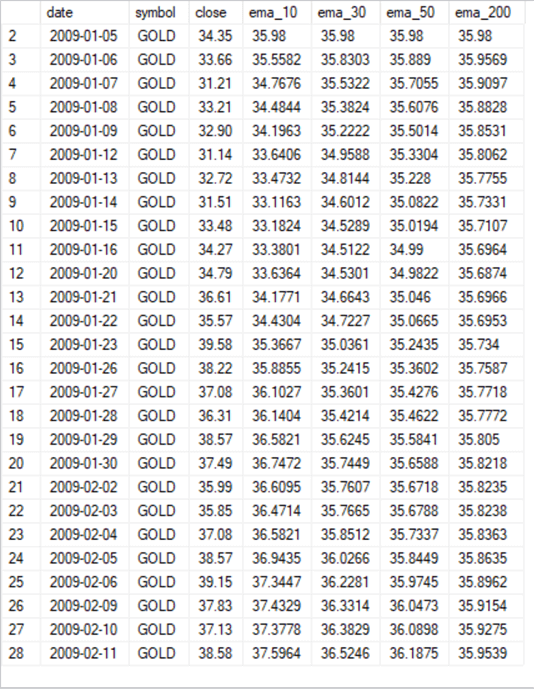 Try out the code examples for this tip with the sample code and data from this tip’s download file. Also, apply the code to your own time series data.

The T-SQL scripts displayed within this tip are available from the tip’s download file. The download file also contains two Excel spreadsheet files -- one for computed exponential moving averages displayed in the "The equations for computing exponential moving averages" section and the other for the time series data for the five symbols referenced by code samples within this tip (A, ACAD, CROX, FFIV, GOLD).

To run the code exactly as described in this tip load on your database server the time series values into a table named (yahoo_prices_valid_vols_only) within the dbo schema of a database named for_csv_from_python. The original size of the fact table in the for_csv_from_python is too large to support a quick download from this tip. However, the code for a re-creation of the full database is provided in this tip and this tip.