A hello world example may be a good starting point for introducing user-defined functions.

That's all there is to the first example. 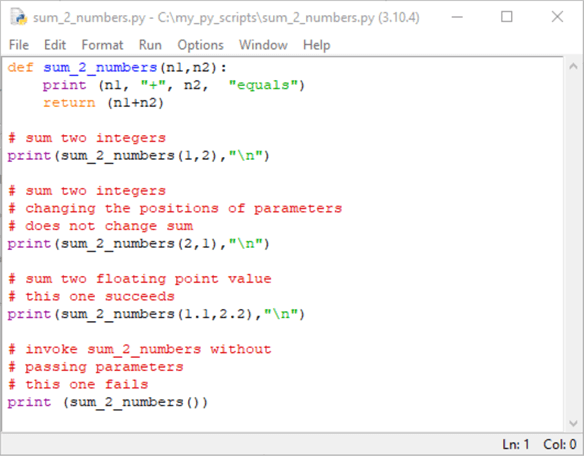 The IDLE Shell window image in the screenshot below is generated by running the preceding script. The output from all four invocations of the sum_2_numbers function starts immediately after the line with RESTART followed by the path name and filename for a Python script file containing the preceding script. There are two lines for each of the first three invocations of the user-defined function. The fourth invocation generates an error message that will be discussed below. 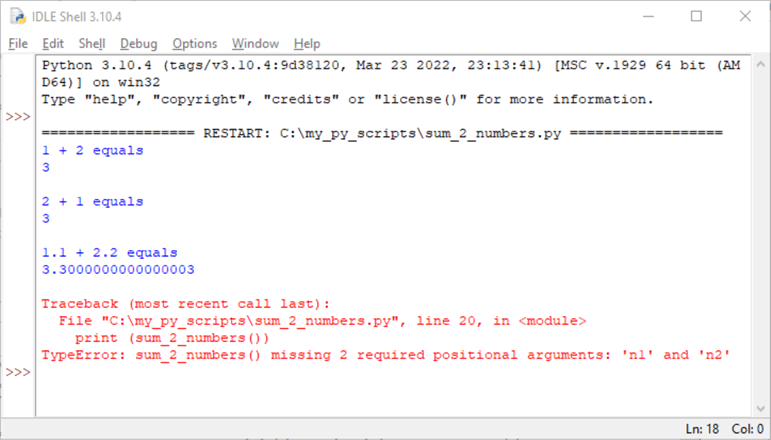 Here is a script that illustrates the use of both named parameters and default parameter values.

Here is a shell window with output from the preceding script.

Here's the output from the preceding script. Unlike the sum_2_numbers function, the order of the parameters matters for the x_raised_to_the_yth_power function.

Here's the script. Focus especially on the difference in the order of the named parameter value assignments.

A common use case is to determine if another string matches at least one item in a list of string values. A typical example is the code in this section to determine if a specific username resides in a list of usernames. You can use a for loop to implement this task, but Python also offers an iterator, which can successively traverse the items in a list without a loop. By comparing the iterator value to another string value inside of an any operator, you can write a single line of code to assess if a string value resides within a list of strings.

Here's the list for the user-defined function and two calls to the function with two different values of fname.

After the user-defined function ends with the return keyword, there are two sets of four lines – one set for each of two distinct fname values. 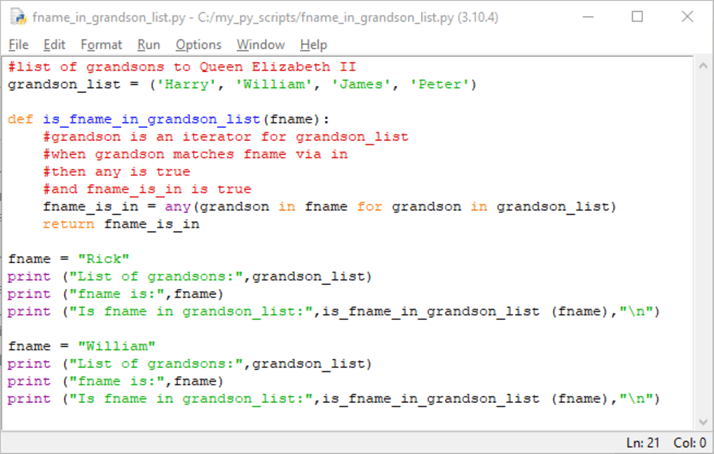 Here are the results that Python displays for the preceding script. There are three lines of output for each fname value.

The example in this section takes a string and displays it one character at a time in forward and backward order. The characters in the string are the source of items for the generator function. I used several different strings in testing the example, but the one that shows in this tip is for the name Harry for Prince Harry, one of the grandsons of Queen Elizabeth II. The application example in this section uses two different, but similar, functions – one generator to display the letters in a string in forward order, and a second generator to display the letters in a string in backward order.

Here is the code for the example. There are three segments to the example; a line of comment markers (#'s) separates the segments from one another.

Here are some comments for the code within each segment.

Here are the results from the preceding script. 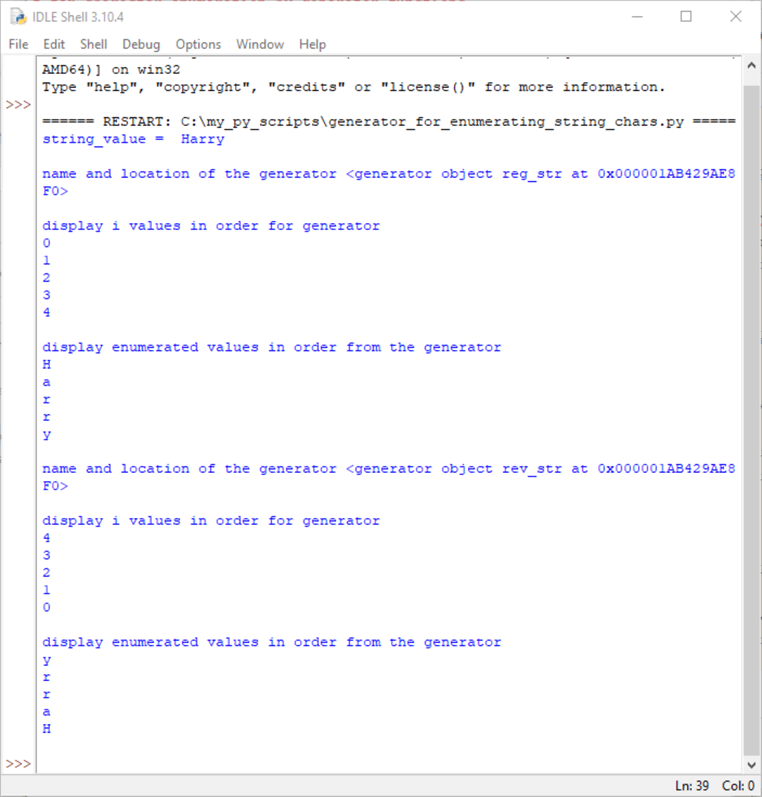 Displaying Subplots for SQL Server Data with Python and Matplotlib