You have a SQL Server Integration Services package to import a text file, but it contains binary zeros 0x00 instead of spaces and the strings get truncated. In this tip I will show you a workaround for this issue.

When you work as a SQL Server Integration Services developer usually you have to deal with heterogeneous data sources. Flat files are the most used container for information interchange between different platforms. This is especially the case if the data comes from a mainframe, but sometimes the data does not come as expected.

What is a binary zero and why it matters?

The binary zero is the hexadecimal number 0x00. We call it a binary zero because of how this zero is stored. For example, if you have a text file containing a numeric column with the number zero, if you open the file with a Hex editor you will see that the number is stored as 0x30. In contrary, if your text file contains a binary zero and you open it with Notepad or any other text editor you will see a regular blank space like those between words, so you will not notice its presence.

According to Microsoft it is not a bug, it's a feature by design (https://support.microsoft.com/en-us/kb/922648). They suggest that if text contains a binary zero you should use a binary data type.

Why a flat file can contain a binary zero?

This is very common when you process flat files created from a mainframe environment. It's because the Cobol programmer didn't initialize the record structure that he used to create the text file.

Let's walk through an example

First we create a sample database.

Now we create the customers table.

The next script will insert some test data that you can use to create a sample test file and modify it with a hex editor. Also you can download a test file and the code used in this tip from this link.

Create a new Integration Services package with one data flow task, a flat file connection and a database connection. 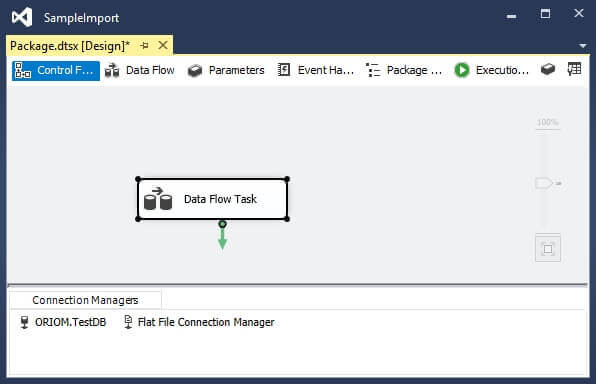 In order to configure the columns for the flat file I suggest that you use Ron Kirchgessner's tip SSIS - Configure a source flat file with a fixed width from an existing table. Then set up the data flow task with one OLEDB Destination to the customers table and a flat file source pointing to the sample file location. 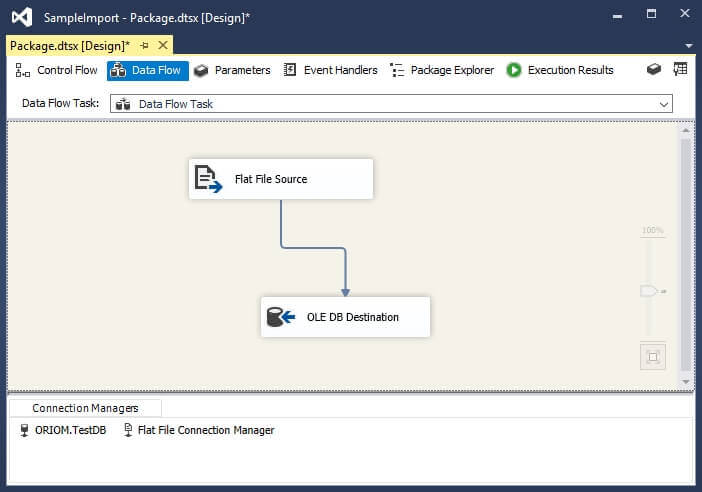 If we take a look at the preview page of the flat file connection we can see that it shows the data properly. 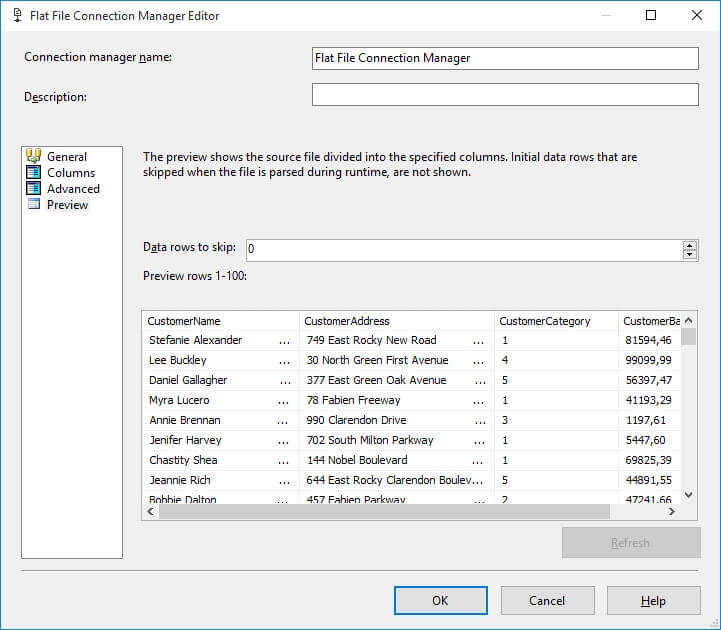 Now if we run the package and then take a look at the table we can see that data has been truncated. 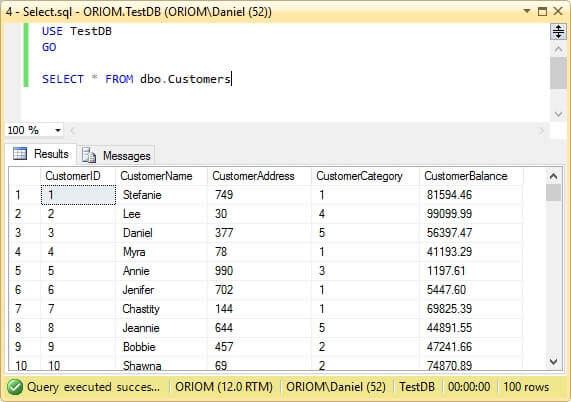 In order to fix this we must first change the data types of string columns CustomerName and CustomerAddress from String (DT_STR) to Bytestream (DT_BYTES) as shown on the image below. 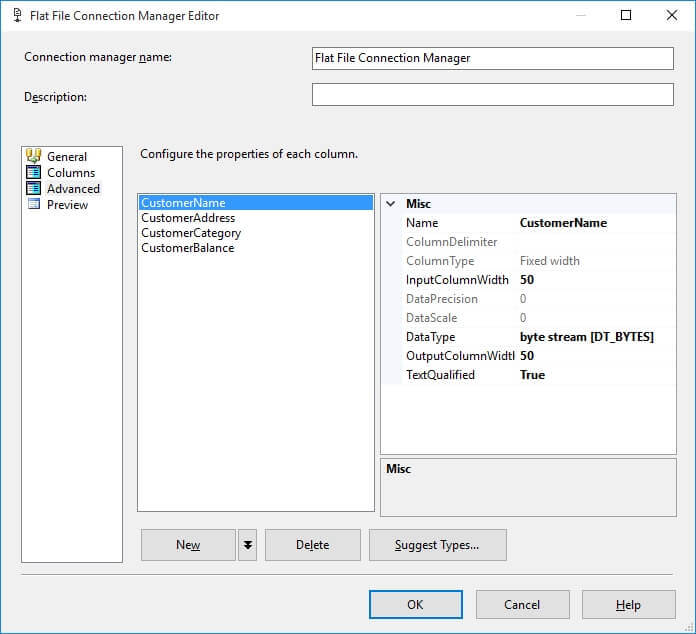 Although we have specified that those columns are of bytestream datatype, we must specify in the flat file source advanced editor that the data needs to be treated as a binary format. 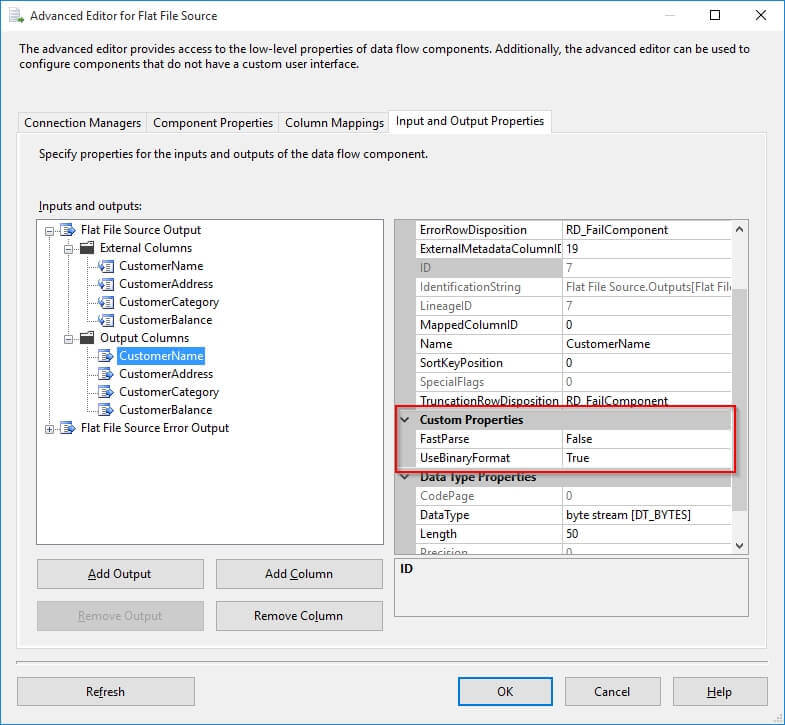 The next step is to add a Script component transformation task. I feel more comfortable using VB.Net to code, but if you prefer you can use C# too. 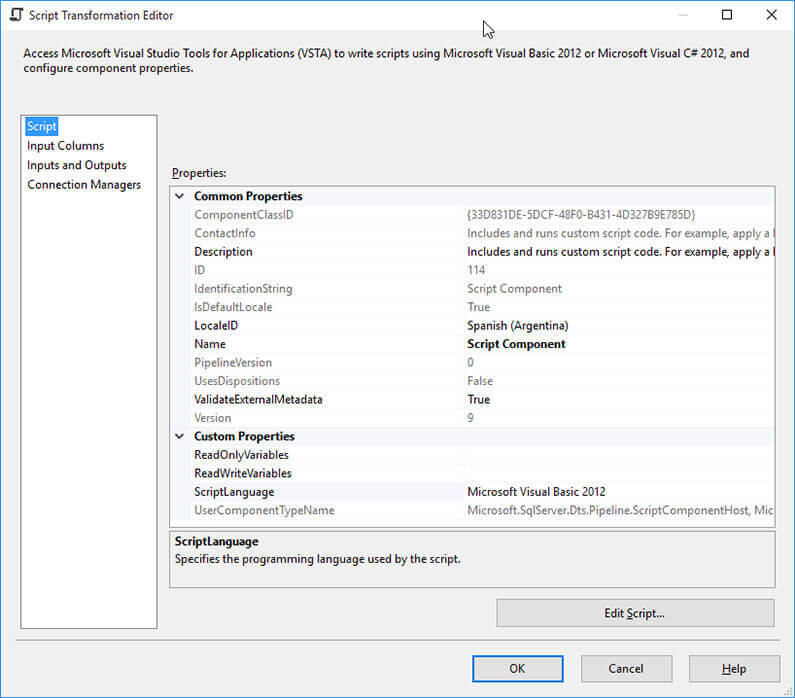 Select the CustomerName and CustomerAddress columns as read only input on the Input Columns page. 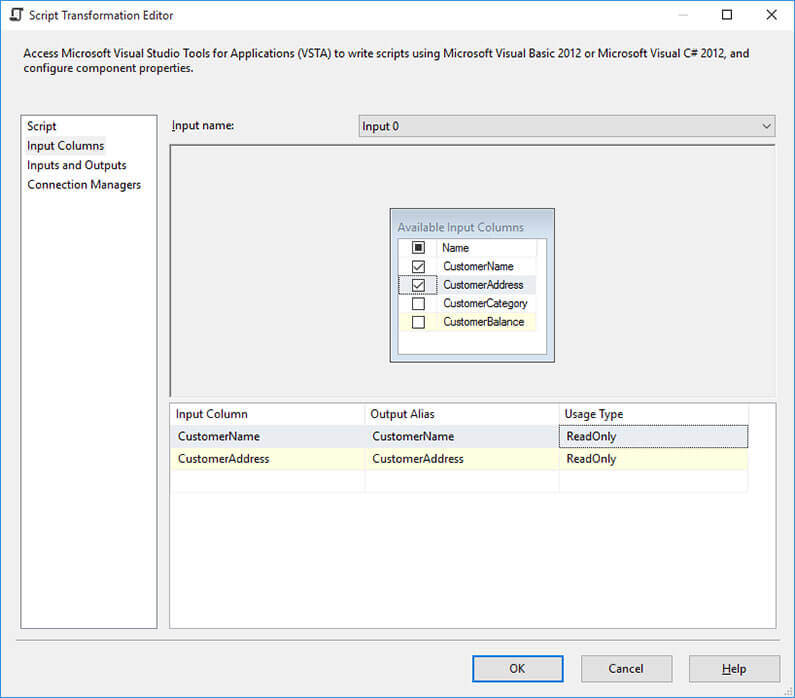 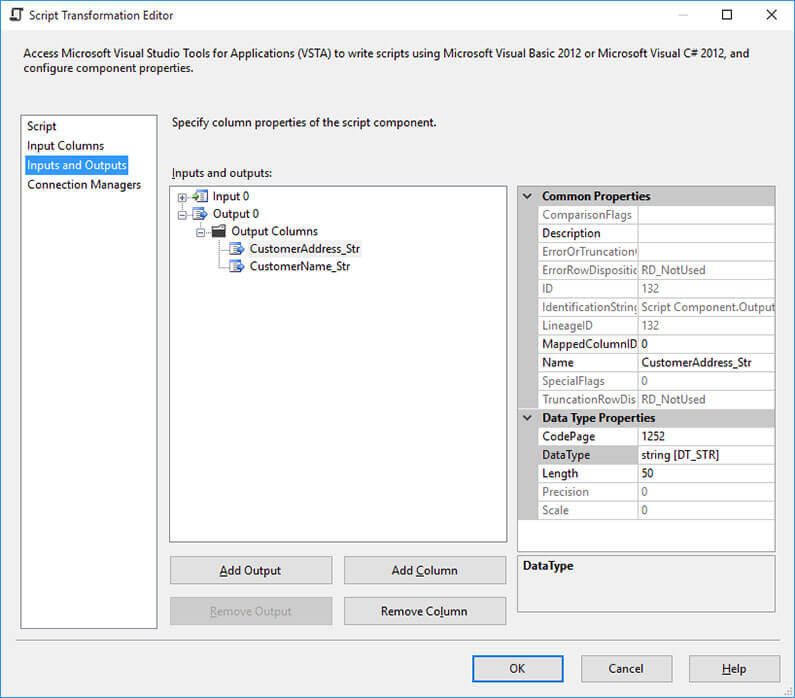 Now when you run the package and do a SELECT from the customers table you will see that the table contains the data in the proper way. 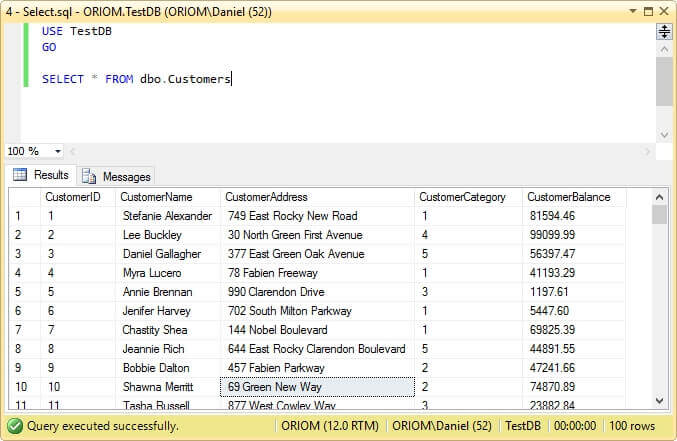