In a previous tip we looked at how to use Cron to schedule tasks for SQL Server on Linux. In this tip we take a deeper look to help answer these questions: Is there is any security configuration that I can use? Is there a way to view a log of cron work? How I can check if a job was successful or failed? In this tip I will answer those questions.

In my previous tip in this series I introduced you to the cron daemon and its configuration file, crontab. I omitted many items in order to make the introduction simple. My intentions with that tip were mostly to introduce you to the format of crontab file. Now I will cover more advanced topics.

It is not enough to just know the crontab file format to use cron. Think about it. It is pointless to schedule a job if you won’t be able to know whether it was successful or failed.

Here is a list of topics I will cover in this tip:

You can define and use variables in a crontab file. There are predefined variables where the name has a specific use. Take a look at the next table. Some of those variables have a default value which can be overridden by redefining it. Also, you can assign an empty string if you want to blank out the contents of a variable (i.e. VARIABLE="").

Something important to note is that cron doesn’t perform variable substitution. In layman’s terms, you can’t assign a variable the sum or composition of other variables. Let’s consider the following example:

On the previous example the user who wrote the crontab lines wants the PATH variable to contain the directory specified in the HOME variable and additionally /bin and /usr/bin directories. But since there is no variable substitution in cron, the PATH will take "HOME:/bin/:/usr/bin" as a literal. The proper way to write the previous lines is as follows:

In the next image you will see a crontab file with SHELL and PATH variables declared. 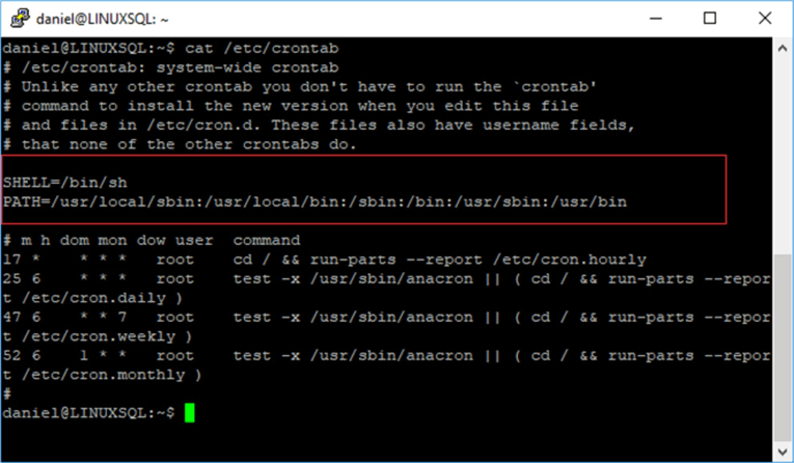 The next code fragment shows how to use a variable in a job definition. It is declaring a variable SQLDATA with the path to SQL Server backups and each day at midnight moves the backup files to an external device.

Cron jobs are logged by default to the file /var/log/syslog, which is the file where all services log statuses and messages. There are different ways you can view its content.

The next script uses the grep command to search the pattern "cron" in the file /var/log/syslog (the -i is to make the search case insensitive).

Also, we can use a pipe to send the output to the tail command if we are interested only in the last 10 lines. 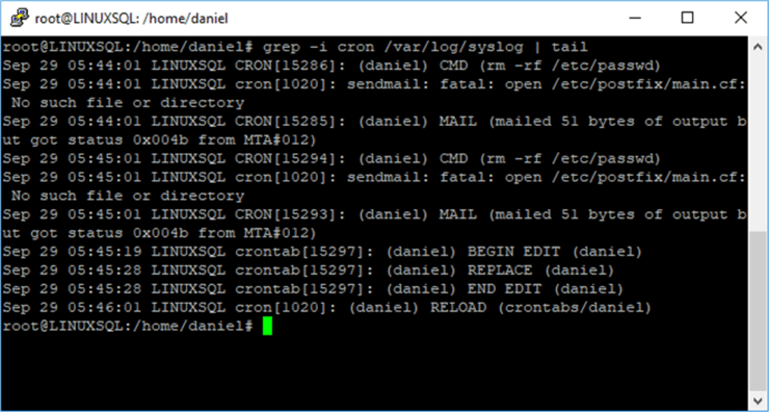 The systemctl command shows the status of cron service as well as its last entries in syslog. 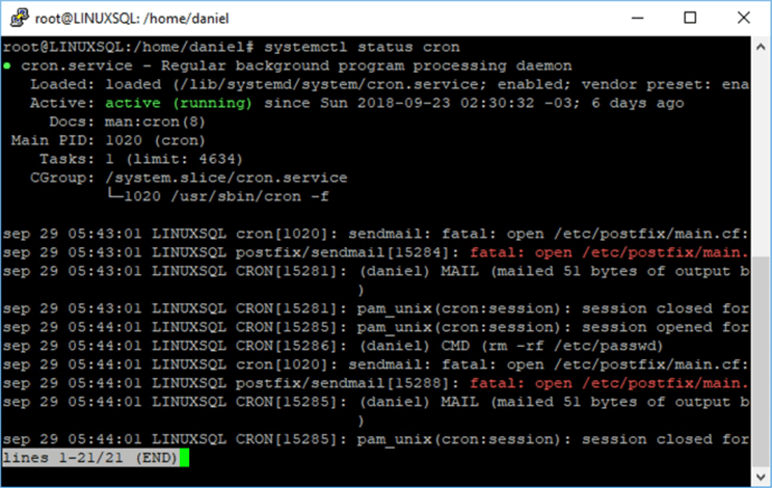 Also, we can use journalctl (a command that queries the system journal) and pass the system unit cron as a parameter. It has the peculiarity that shows system reboots. 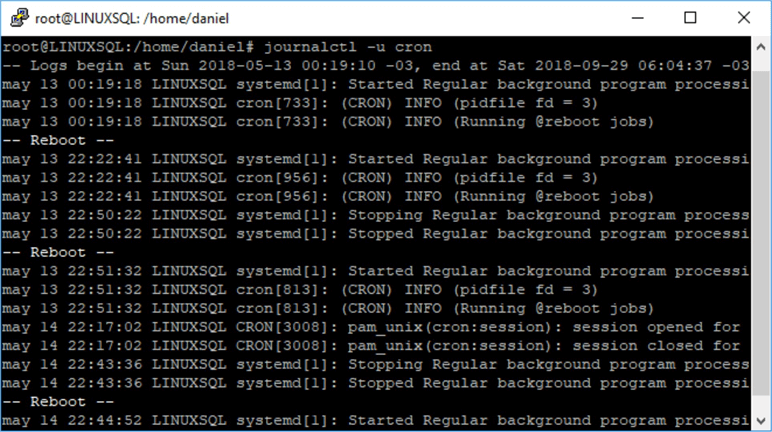 We can create a single file that holds the cron messages by editing the /etc/rsyslog.d/50-default.conf file and uncommenting the line that starts with #cron.*. On the next image you can see that line. 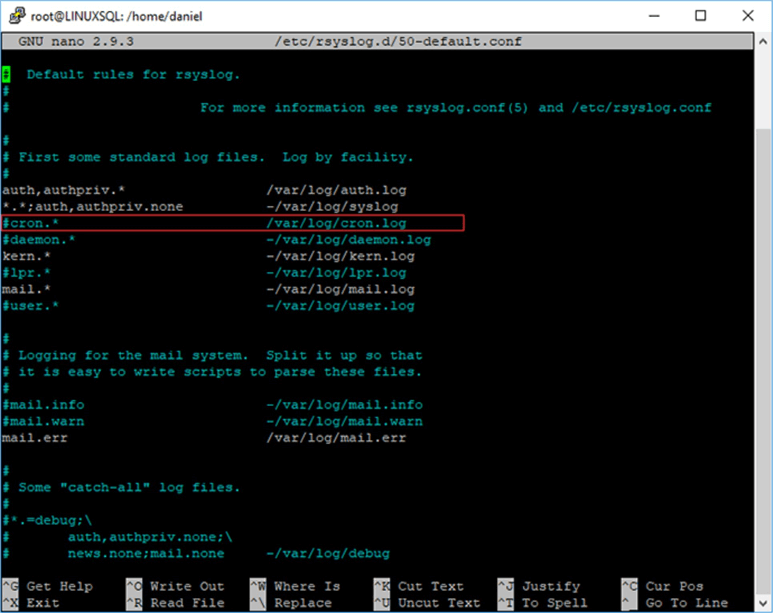 After you uncomment that line and save the changes you should run the following command to restart the rsyslog service.

Cron has two files, /etc/cron.allow and /etc/cron.deny that we can use to configure and manage the users allowed to have a personal crontab. The system-wide crontab will work regardless of the contents of those files. Those files have the same format which is one user per line. Here is how they work.

In order to protect the system-wide crontab you have to set the proper permissions to the /etc/crontab file. The following command will give read and write permissions only for the root user and no other user will be able to read the file.

Cron also has special folders that serve as shortcuts to schedule jobs at specific times. In the next table I enumerate those folders.

The system-wide crontab is what executes the content of each of those folders, so it may be useful to set those folders with root only permission to avoid the chance that a user puts malicious scripts in those folders.