Azure DevOps tasks are the building blocks for defining automation in pipelines. Tasks are packaged scripts or procedures that have been abstracted with a set of inputs. Often times, these inputs contain sensitive credentials and secrets that need to be appropriately secured. There are a few options for securing secrets in AzureDevOps pipelines including pipeline variables, variable groups, and Azure Key Vault tasks. In this article, I will demonstrate how to implement these options. As a pre-requisite, ensure that you have completed the steps outlined in my previous article, Azure DevOps CI/CD using GitHub Repo and Visual Studio Azure SQL Database Project. 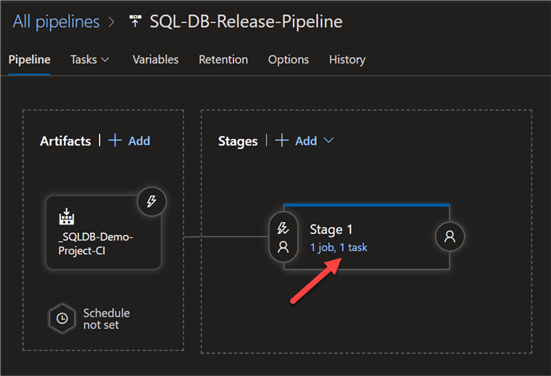 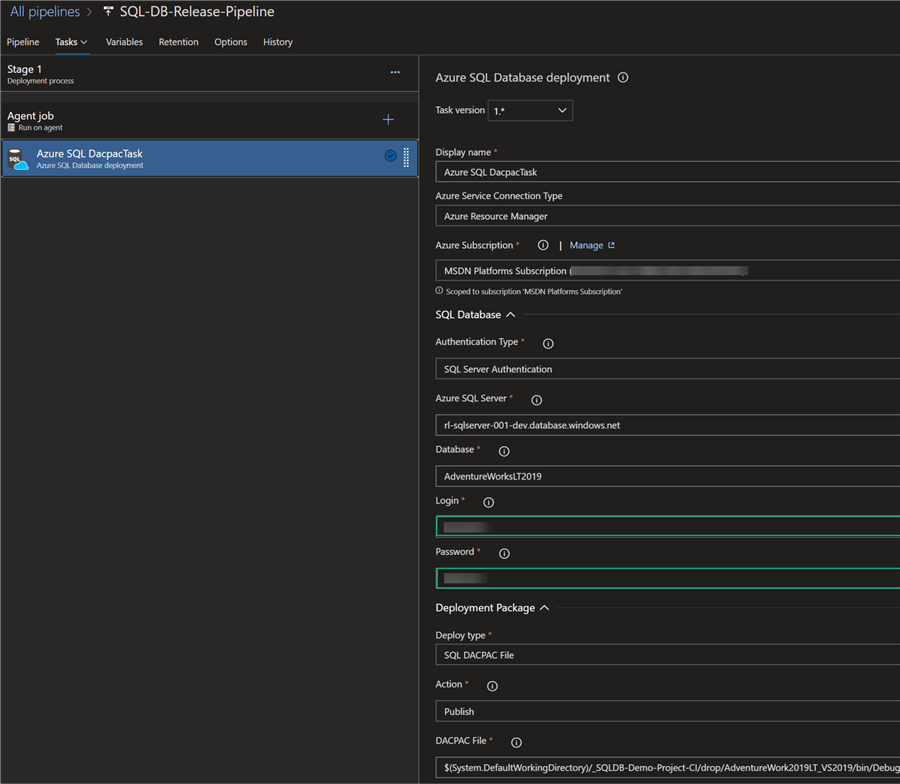 The secrets are now secured and associated with the release pipeline scope. 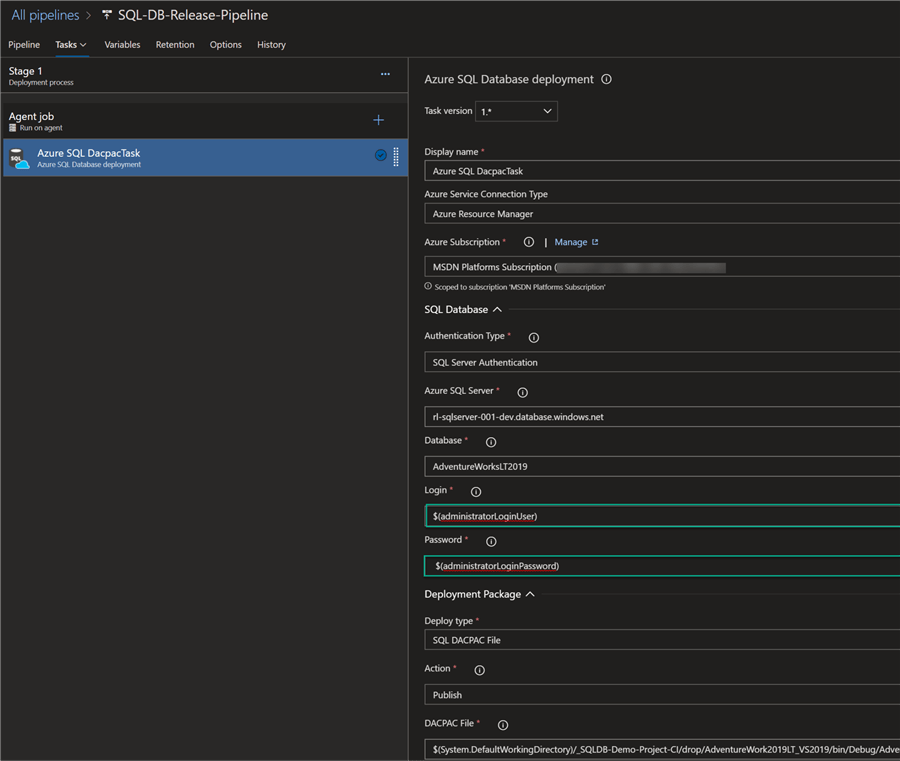 As expected, we can see that the database deployment task succeeded which means it was able to successfully utilize the secrets provided in the pipeline variables. 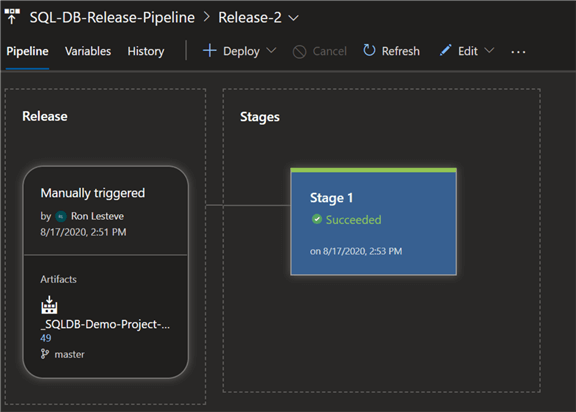 Upon drilling into the Agent job details, we can see all the detailed steps that have been successfully completed.

Now that we have successfully tested this method of securing secrets in the Azure DevOps pipeline let's delete the pipeline variables and save to prepare for the next option.

Now that we have created the key vault secrets in the portal, lets navigate to ‘Library' within the Azure DevOps project and select the Variable groups tab. 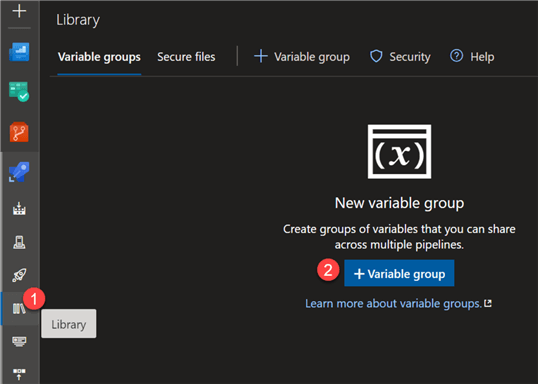 Configure the following Variable group details and ensure to toggle Link secrets from an Azure Key vault as variables. You'll then be prompted to select your Azure subscription and associated key vault name and click Authorize to grant the variable group access to your Azure Key Vault. 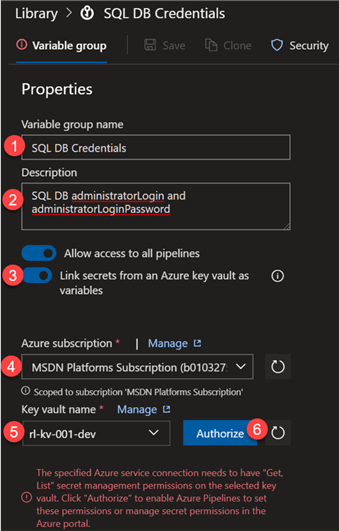 Next, click Add to add the key vault secrets as variables. 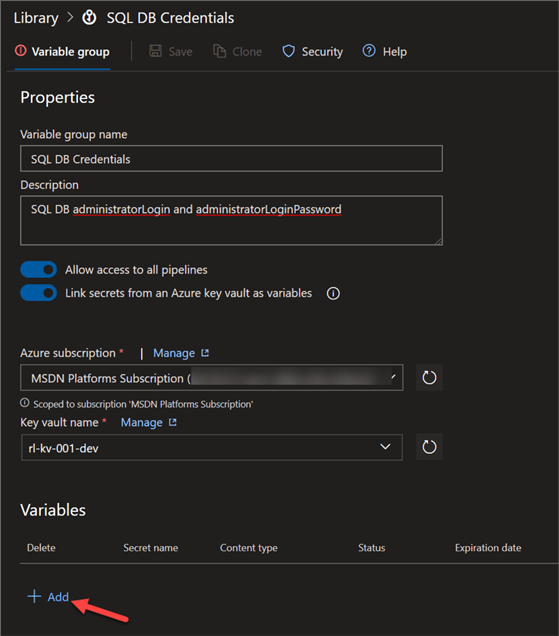 When the ‘Choose secrets' UI appears, select the secrets that we created in the key vault and click Ok. 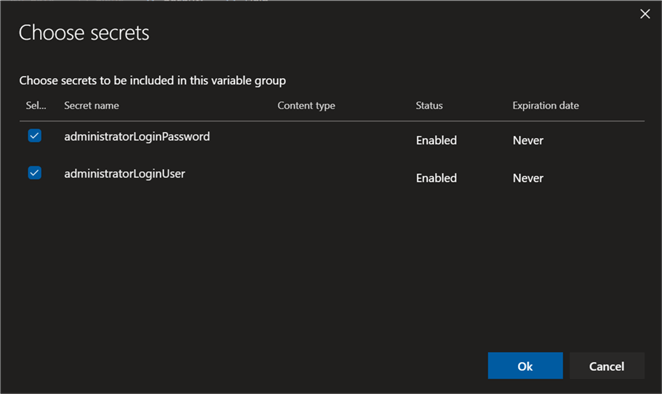 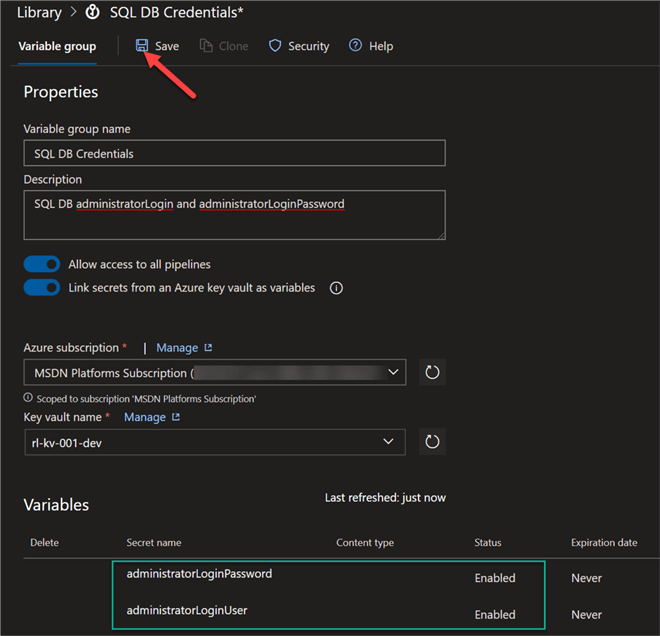 Select the Variable group that we created in the previous steps, associate it with the release scope, and click Link. 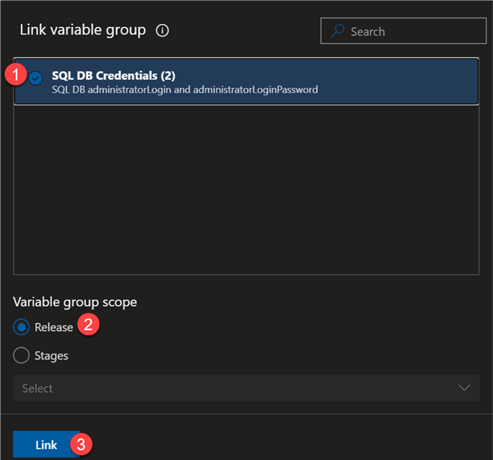 Confirm that the release pipeline variable group contains the linked SQL DB Credentials and click Save and then create the release.

Once the release pipeline successfully completes running, we can confirm that the Variable groups containing the linked key vault secrets authenticated the SQL Server as expected. 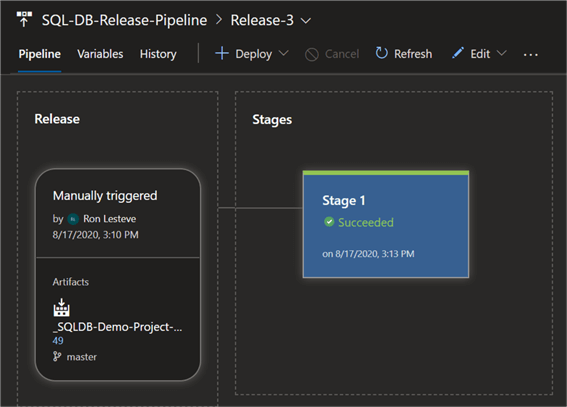 From the deployment process Agent job details, we can see that the key vault secrets we downloaded and utilized within the pipeline. 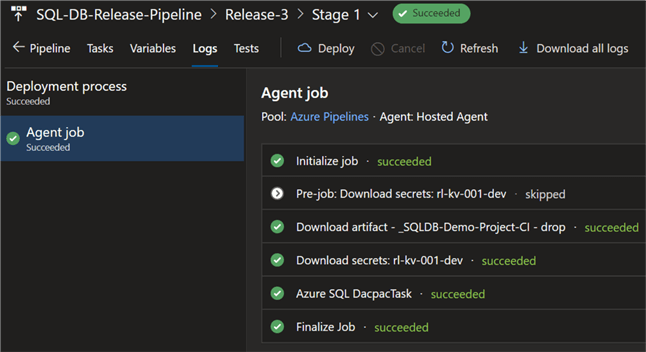 Now that we have successfully tested this method of securing secrets in Azure DevOps, we can unlink the variable group from the release pipeline to prepare for Option 3.

Additionally, delete the Variable group from the Azure DevOps Library.

So far, we have tested two methods of securing secrets in Azure DevOps: pipeline variables and variable groups. There is one last option that is left to test and that is the Azure Key Vault Task within the pipeline task.

Let's begin by searching for Azure Key Vault in the task search section.

Next, add the Azure Key Vault task to the release pipeline.

Ensure that the task is placed before the task requiring the key vault secrets. In this case, we will place the Azure Key Vault task before the Azure SQL Database deployment task containing the SQL secret credentials.

Finally, notice the option to ‘Make secrets available to the whole job'. By enable this option, the key vault secrets will be exposed to all subsequent tasks in the job and not just the single task that follows this one. Since we only need this secret for one task in the pipeline, let's leave this unchecked for now. 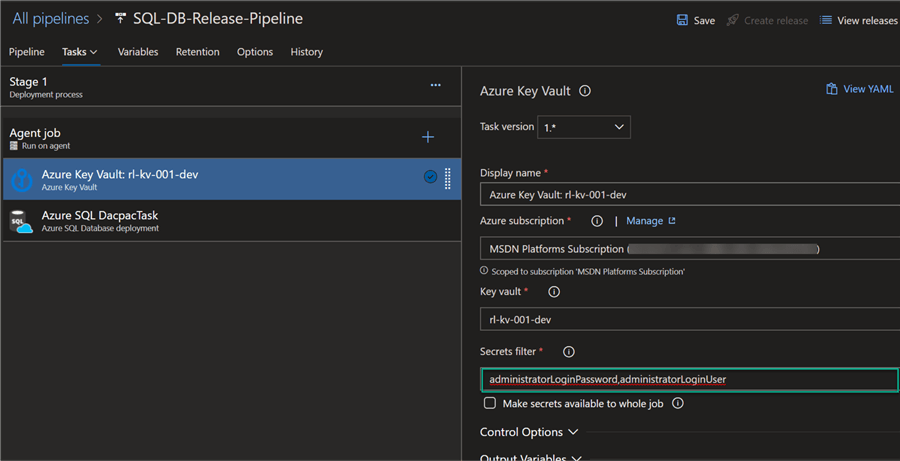 As expected, when the release completes running successfully, we can confirm that the Azure Key Vault Task containing the secret values were successfully authenticated by the Azure SQL Database deployment task. 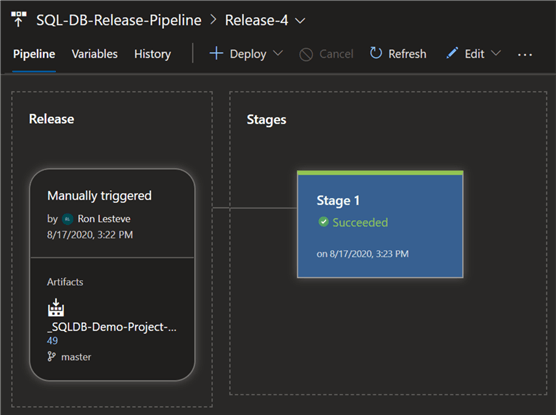 Lastly, let's take a look at the Agent job details to once again confirm that the Azure Key Vault task successfully complete and passed the secret values to the Azure SQL deployment task. 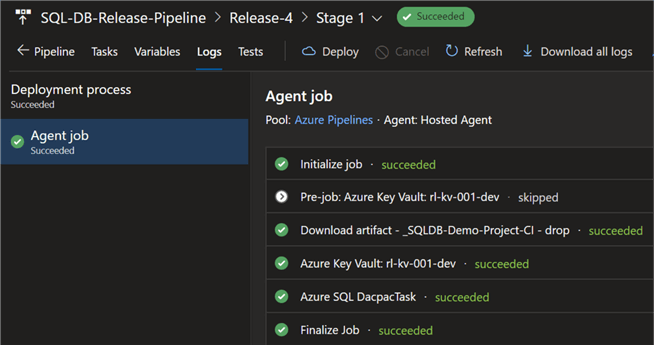 Getting Started with Azure Blueprints

Ron L'Esteve is a seasoned Data Architect who holds an MBA and MSF. Ron has over 15 years of consulting experience with Microsoft Business Intelligence, data engineering, emerging cloud and big data technologies.