In the following two examples, we will demonstrate DDLs and transactions for Snowflake and MS SQL Server correspondingly to point out how they differ in implementation.

DDL and Transactions in Snowflake

After running the code above, we can see our new objects in the Snowflake Web Interface: 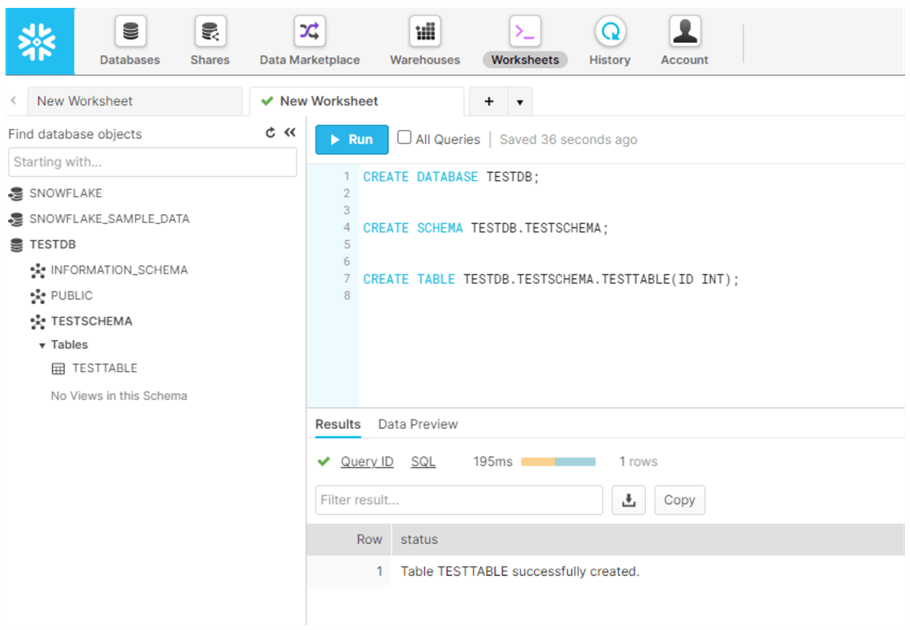 Now, let's run the code that includes transactions and a DDL statement (table creation in our example):

Before executing our DDL statement, we check our current transaction information just after the DML (INSERT statement in our example) statement: 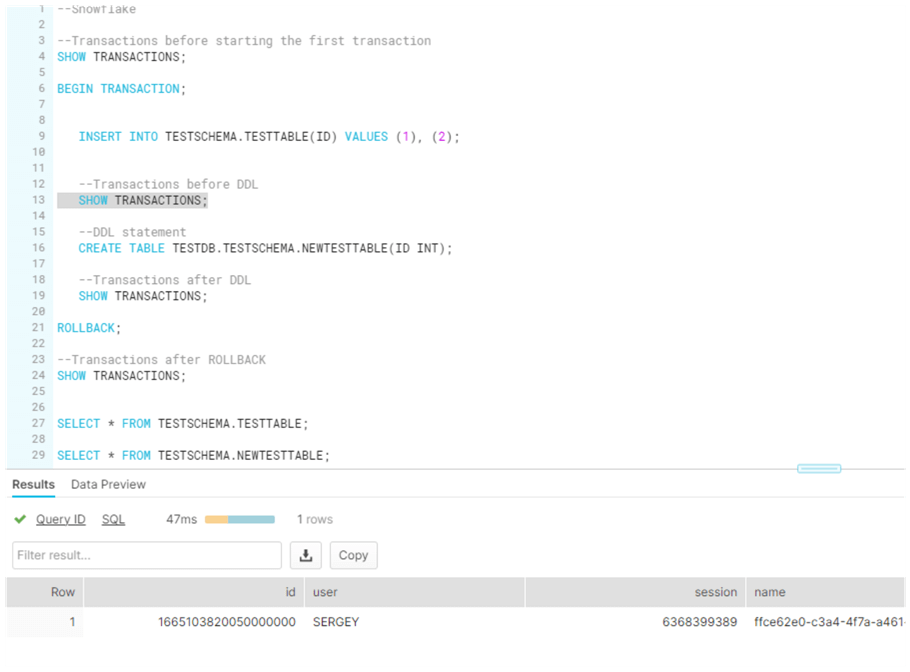 After executing the DDL statement, we can see that there are no open transactions: 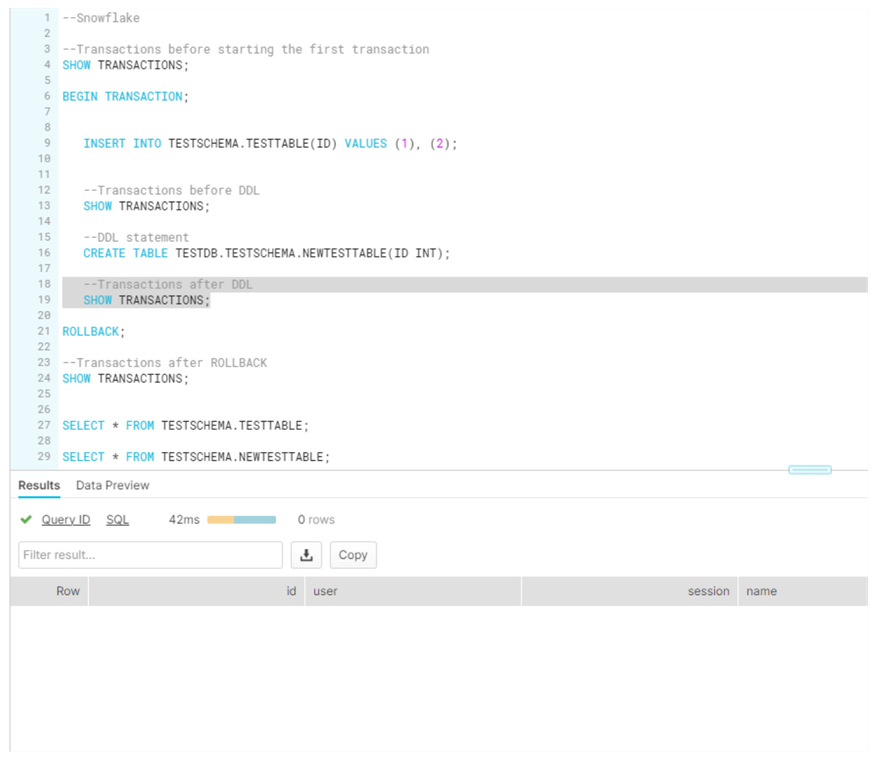 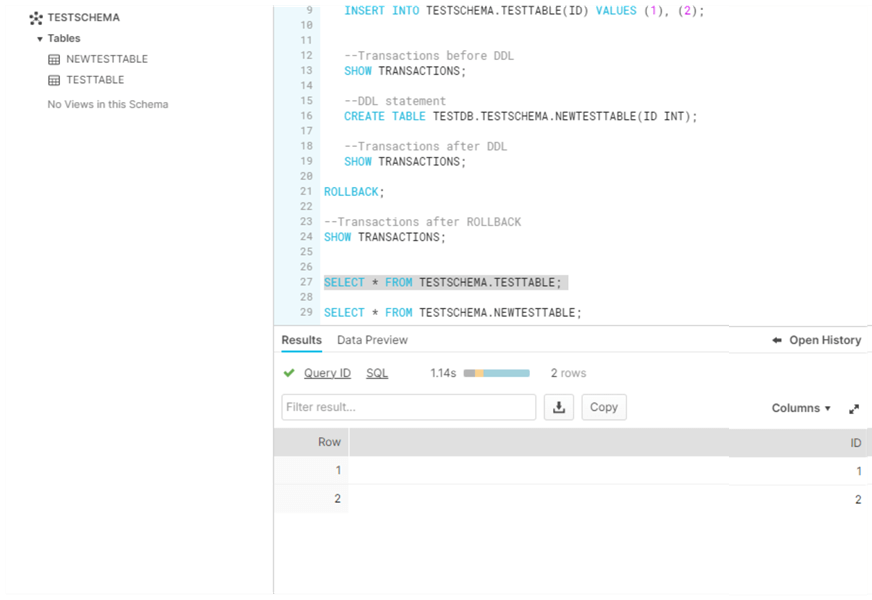 DDL and Transactions in SQL Server

Unlike Snowflake, in SQL Server, DDL statements can be included in transactions. We will demonstrate a similar example in SQL Server. To create a test environment in SQL, open SQL Server Management Studio (SSMS) and run the following code:

Then, we will execute the transaction below, which includes a DDL statement: 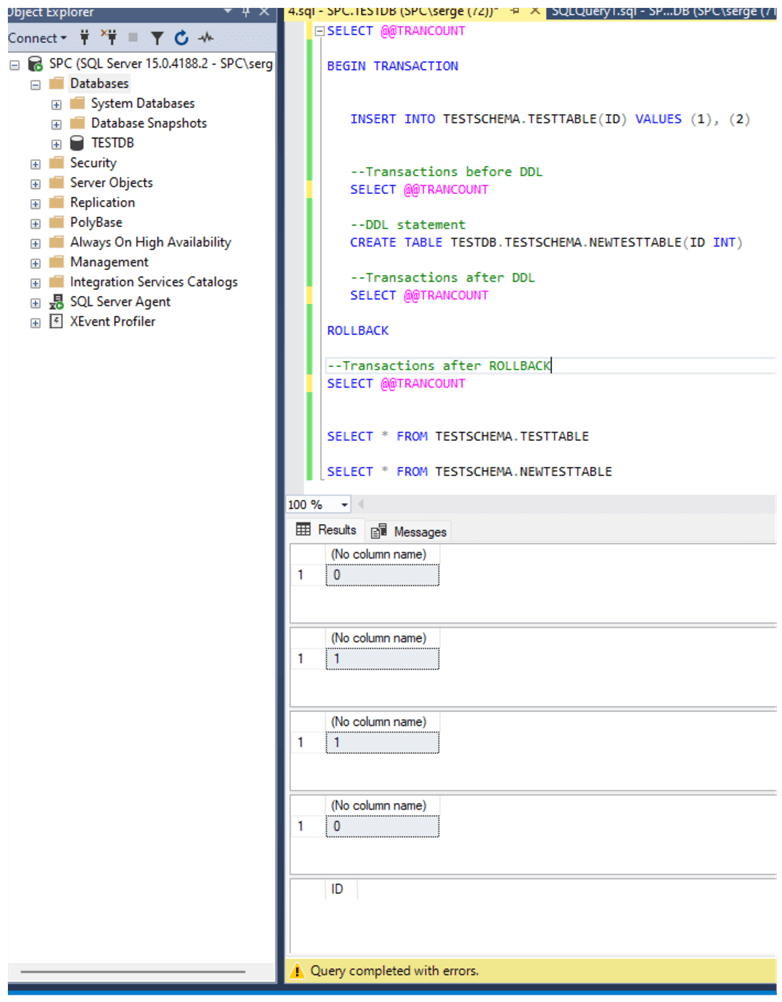