A report might contain multiple data series on a chart, which can have considerably varying scales but common category groups. In such cases where this a big difference in scales, the data series with the lower scale can become obscured. In this tip we will take a look at how to solve this problem using Chart Areas.

To simulate the problem let's create a report with multiple data series on one chart.

Create a new SSRS report and add a bar chart to the report.

Add a dataset to the report using the Sales.vSalesPerson from AdventureWorks sample database.

Configure the chart as shown in the below screenshot. Here we have two Values - SalesLastYear and SalesYTD and one Category Group on FirstName. 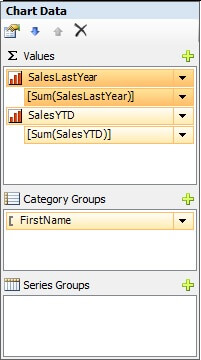 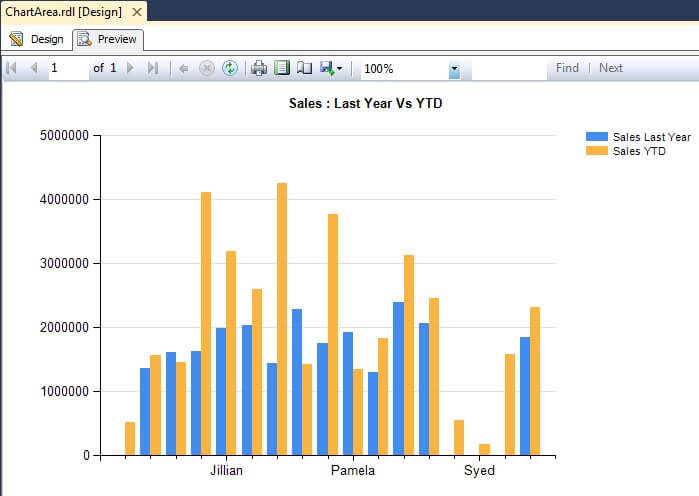 To solve this, generally developers would create multiple charts and configure each of them to contain one series, in order to separate the series. But even if you separate these charts, these charts are connected with each other as they have the same category groups. So when you make a change to one chart, you will have to keep making changes to other chart too.

SSRS 2008 introduced a new feature known as Chart Area, which can solve this issue but still keep the charts aligned and associated with each other. To use this, select the series, right-click and select Chart -> Add New Chart Area, which will add a new chart area below the existing chart area. 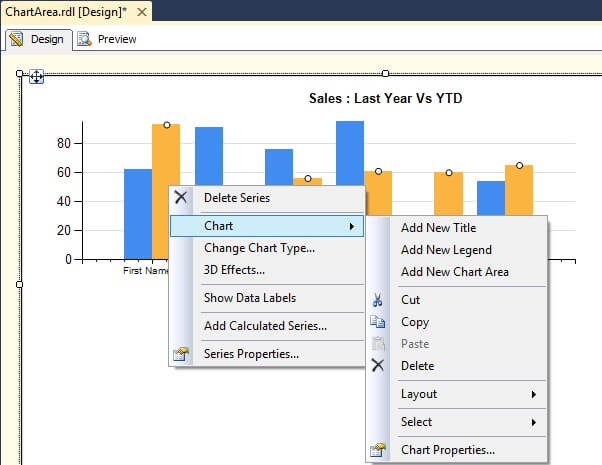 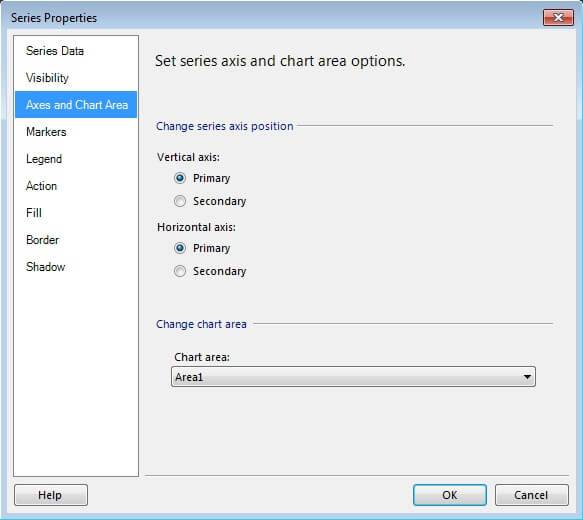 Preview the report, and you should find a report similar to the below screenshot. Using Chart Area, you can separate the series, which would effectively have the benefit of flexible scaling for individual series.  Both charts can be configured using a centralized configuration and still have the flexibility to override and configure each chart area independently if needed. 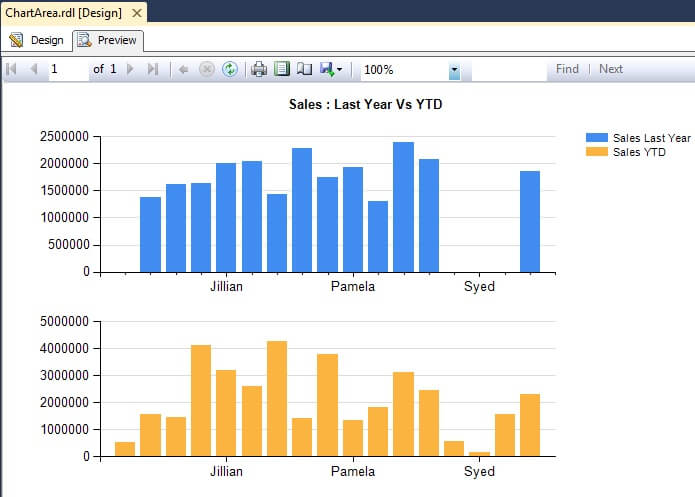