Clones have many use cases such as data archiving, reproducing ML datasets, data sharing and more. Additionally, clones can be either deep or shallow and there are a few notable differences between the two. A shallow clone does not copy the data files to clone the target, relies on the metadata as the source, and are cheaper to create. Deep clones will copy the source table data to the target location. From a streaming perspective, deep clones have the capability of stopping any writes to the source Delta table and continuing the writes to the cloned target location. In this tutorial, we will:

In my previous article, Performance Tuning Apache Spark with Z-Ordering and Data Skipping in Azure Databricks, I demonstrated how to use the OPTIMIZE and Z-ORDER commands. Additionally, in this previous article, I created a Hive table called nyctaxi from the databricks-datasets that originally contained 400 files. After OPTIMIZING the table, there were only 10 active files. These are the 10 files that will be used during the cloning process since they are now active in the table. As a recap, here is the image of the OPTIMIZE ZORDER command that was run in this previous article.

To confirm that we have data in the nyctaxi hive table, we can run the following select statement.

Next, we can create the Shallow Clone using the following script which contains the SHALLOW CLONE command.

There is also an option to specify the Version with both deep and shallow clones.

Next, we can run the following select SQL query to query the shallow clone along with its source file.

The results for the input_file_name() indicate that the actual source file was not copied which goes back to our definition of shallow clone, which states that it does not copy the data files to clone the target and only relies on the metadata as the source.

Additionally, this meta data / no source data operation is further confirmed since there are no physical files in the nyctaxi_delta_shallow_clone folder.

On the other hand, the delta log will contain files which capture metrics and logs around the creation of the shallow clone.

As we can see, the log indicates a CLONE operation with isShallow = true.

Next, let’s update the shallow clone to see how this operation impacts the logs and persisting of data. 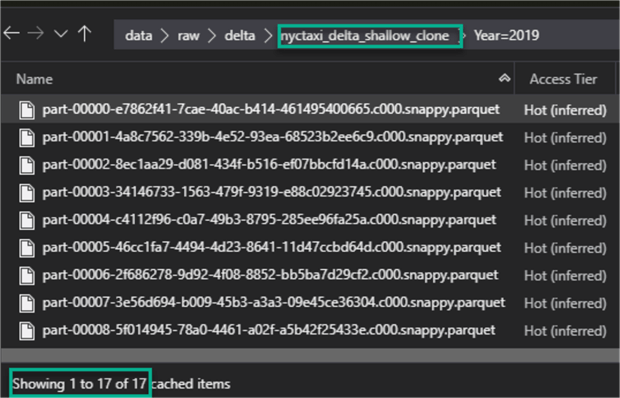 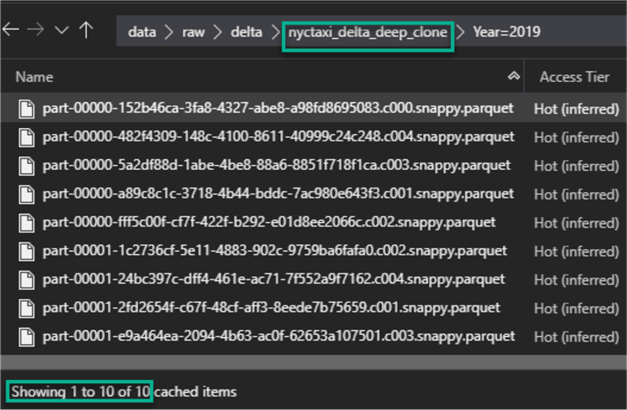 Similar to the shallow clone’s delta log, there is are files created within the delta_log.

Within the json log file, we can once again see that this operation is a CLONE and this time isShallow is set to False.

There is one more scenario that is worth testing to demonstrate the capability of time travel which allows us to revert back to a specific version of the original dataset.

This time, we can see the expected 400 files in the deep clone V0 folder. 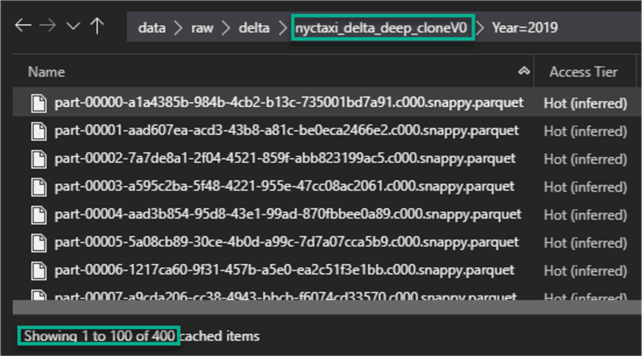 Additionally, we can see the addition of the 400 files in the new delta log file.

What is Azure Databricks?

Storage, Compute and Workspaces in Databricks

Getting Started with Databricks Delta Sharing

Ron L'Esteve is a trusted information technology thought leader and professional Author residing in Illinois. He brings over 20 years of IT experience and is well-known for his impactful books and article publications on Data & AI Architecture, Engineering, and Cloud Leadership. Ron completed his Master’s in Business Administration and Finance from Loyola University in Chicago. Ron brings deep tec