Time series data consists of measurements or observations over a sequence of periods. The measurements can be for the rain at a weather station, the close price of a stock at a stock market, or the hospitalizations with a primary diagnosis of corona virus in a state. Time series periods can correspond to day parts, days, weeks, months, quarters, years, etc.

Exponential moving averages depend on the weighted average of two values per period.

The value of alpha can depend on the profession in which the exponential moving average is being used.

There are a couple of conceptual differences beyond those mentioned above in how to compute exponential moving averages versus simple moving averages for an underlying set of time series values.

Reading time series values into to a SQL Server table

This initial programming step in the tip relies on a .csv file with time series values. These data are for stock close prices for the QQQ symbol. This symbol is for an index based on the leading 100 or so stocks traded on the NASDAQ stock exchange. The periods are for trading days starting on January 4, 2021 through May 14, 2021. The data are typical open-high-low-close-volume data.

Here is the T-SQL script for importing the .csv file with time series data into a SQL Server table.

The following screen shot shows the contents of the first thirty-two rows in the qqq_jan_may_2021 table in the Results tab of a SSMS window. 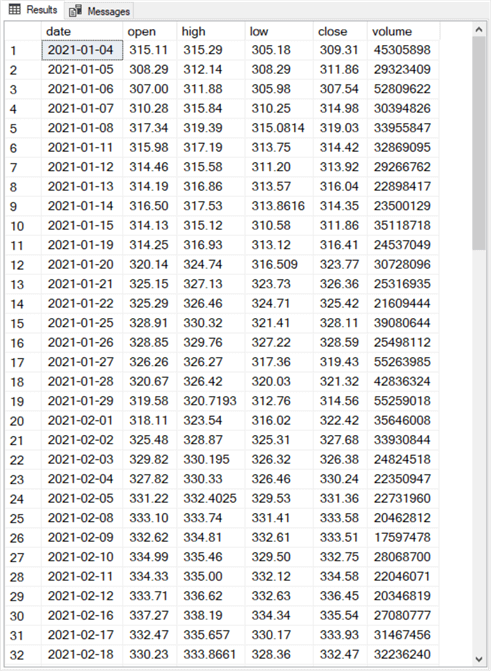 Here is a script for computing simple moving averages with three period lengths for the time series from January 4, 2021 through May 14, 2021. 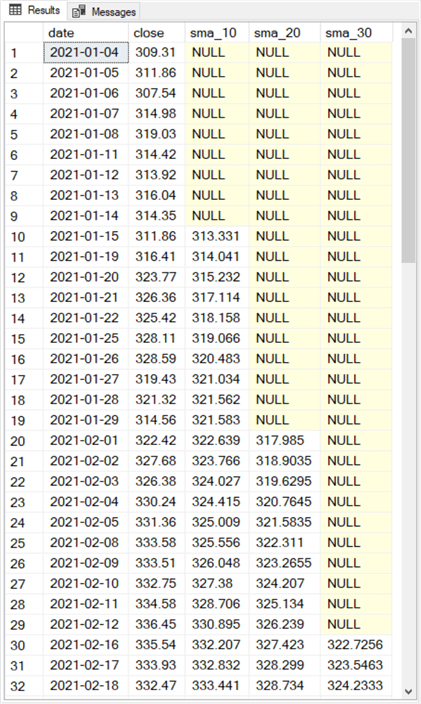 Here is a T-SQL script for creating the dbo.qqq_jan_may_2021_with_ema_cols destination table. The example code populates the first two sets of columns, but it leaves the last three columns for exponential moving averages with null values. The code for populating the ema_10, ema_20, and ema_30 columns depends on values in the row_number and close columns. Therefore, these two columns are populated prior to populating the ema_10, ema_20, and ema_30 columns.

The following screen shot shows the first thirty-two rows from the select statement at the bottom of the preceding script. For this excerpt from the results set 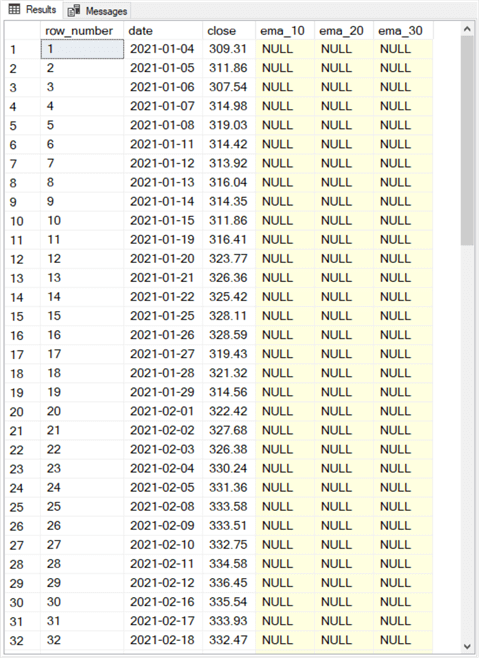 Here is the code for populating the ema_10, ema_20, and ema_30 column values in the dbo.qqq_jan_may_2021_with_ema_cols table. It is designed to run immediately after the preceding code segment. 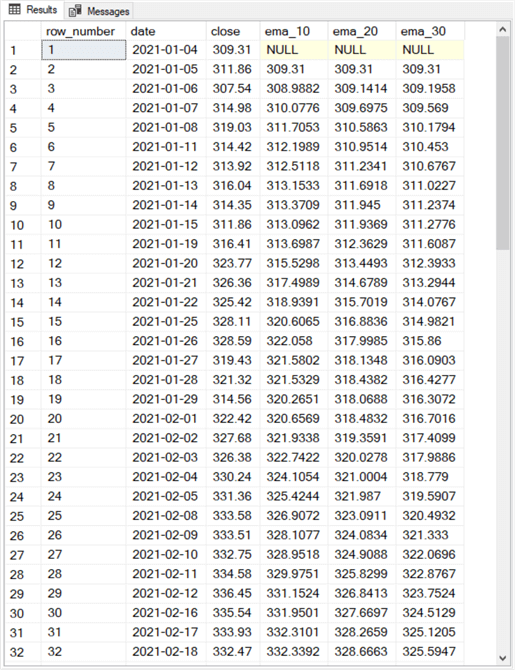 As you can see, there are different computational steps for computing simple and exponential moving averages. This section drills down on a pair of empirical differences between the two types of moving averages.

Which type of moving average values are closer to the underlying time series values?

The short answer to this question is the exponential moving average.

This tip computed simple and exponential moving averages for underlying time series values starting in January 2021 and running through May 2021. Moving averages were computed for three different period lengths for each of the two types of moving averages.

Do the moving averages change based on the start date? 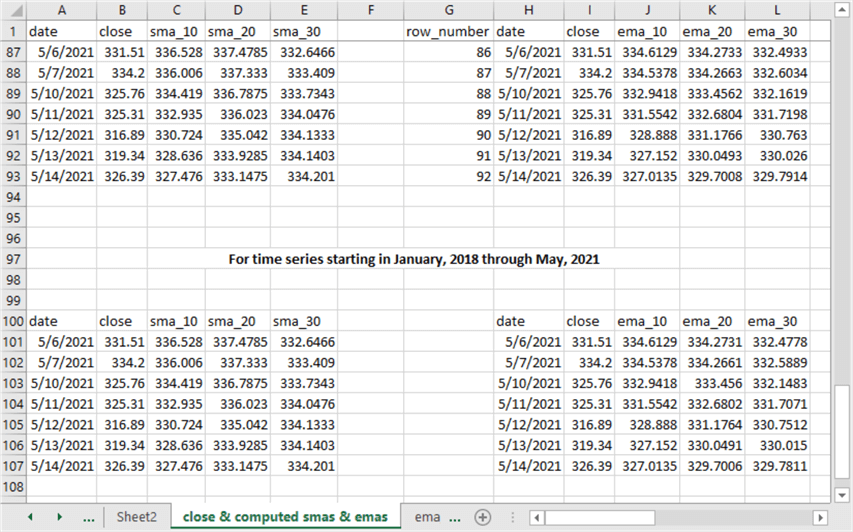 This tip’s download file contains three types of files to help you get a hands-on feel for computing simple and exponential moving averages for underlying time series values.