As a data professional, you have probably come across a python script at some point in your career. If, at that point, it did not spark any interest in you, then read this tip for ideas how and where you can benefit from learning python.

Python is "an interpreted" (as compared to compiled) "high-level general purpose programming language" with an emphasis on "readability". It is exactly this readability concept that makes python a preferred choice for beginners in programming and has earned it a leading place among data wrangling tools, not to mention an omnipotent status in data science. By contrast, traditional and compiled programming languages are harder to read to a "naked" eye and are more heavily utilized in other areas of computer science.

Python’s allure is also due to these magic properties:

With these main points laying the groundwork for what pythons is let us explore some scenarios which can benefit you.

Why would a data professional want to use Python programming?

As a data professional you have a set of tools for your daily job. It will be difficult to list all possible titles a data professional may hold but let us divide them in major categories: data wrangling, data analysis and data visualization. To illustrate this let us assume we have some real estate data in a csv file. We need to wrangle, analyze, and visualize our data. The first five rows look like this:

These days there are lots of tools that allow you to connect to a source system, extract some data and do something with it. Many of these tools are a drag-n-drop interface where you usually place a certain block (or actions) onto a canvas and create a dataflow. Let us take for example Azure Data Factory (ADF). If I wanted to add my dataset, filter (e.g., properties with equal to or more than 3 bedrooms) select a subset of columns (living space, beds, list price), and sort (by price in descending order), then I would create a dataflow that would look something like this:

I will get the following data preview:

With python I can do much the same. I have to add the almighty pandas library and my logic would look like this:

That was a head-to-head comparison of ADF vs a tiny python script. Which one is better depends on the use case. However, if you have a basic python environment already available it is for sure faster to do some data exploration with a script rather than fire the "big guns". It took me a bit more time to configure a new dataset and to add and configure the relevant dataflow steps in ADF. To make such a script you can refer to many readily available code snippets but also the pandas documentation.

Next up, what if you wanted to get a taste of how your data is distributed. What would be the quickest way to do that? If you don’t use python, maybe Power BI is the way to go. Quickly load your data into Power BI desktop, then go to Power Query. When you select a column, you will get a convenient column summary, for example for the Beds column: 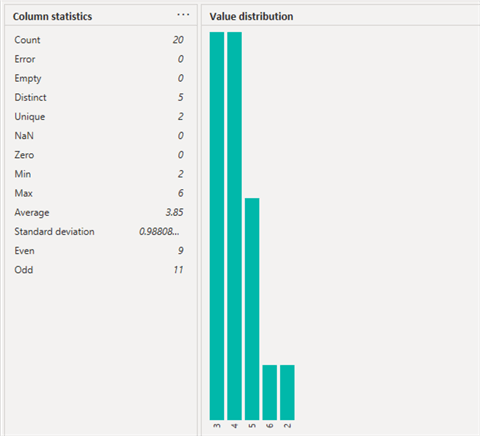 To do a similar thing with python you need again the pandas library. Once you import your data as csv and convert it to a dataframe, you can call the describe() method:

As you can see, we are getting an identical description data for the Beds column. But where is the histogram? Just call the hist() method to get a histogram for all numeric columns: 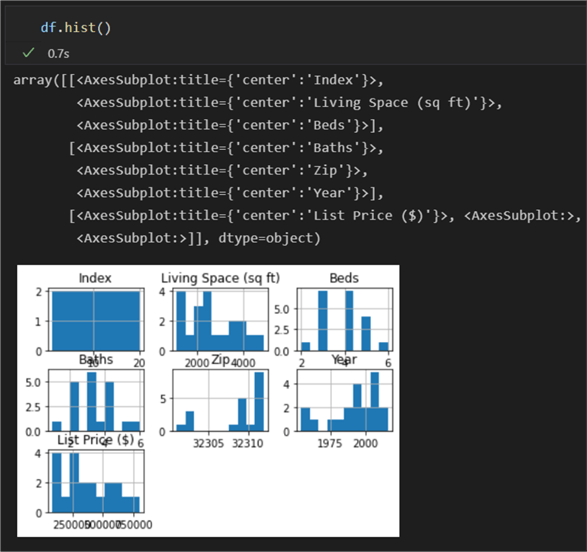 With this example I hope to show how much quicker and thorough you can do things in this case.

And in case you wanted to visualize something? Maybe it is a quick summary before a presentation or maybe you are doing exploratory visualizations? There are thousands of ways to do this with python. Arguably though, using python for this may be a bit more advanced or the overkill in this case. With Power BI or Excel, you could get a couple of basic charts going in no time. Still, with python and matplotlib (one of the most popular charting libraries) you can provide way more complex and detailed charts. For example, a 3D-scatter plot, which is not available out-of-the-box in Power BI: 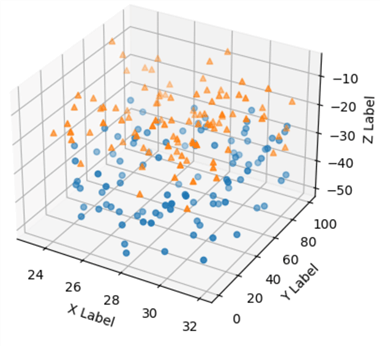 Why would a data professional NOT want to use Python programming?

It is fair to also examine the other side of the coin too. One such point would be that while it is very fast and straightforward to import a couple of packages and write a two-liner for some data wrangling, the execution speed of your script may be suboptimal by design. The reason for that is inherent to all scripted languages. Generally, compiled languages have faster execution times. Python is also known to be a subpar performer when it comes to multi-threaded applications. This is hardly an issue for the data professional though and more of a consideration for a traditional software engineer. Finally, there are other specialized computing languages and eco-systems, for instance SAS and R. While R, like python, also integrates with SQL Server, it is considered more of a language for the domain expert rather than the tech professional (meaning chances are higher to encounter an engineer or a professor of medicine who works with R than with python).

Finally, why would you use python if you already have the tool of your choice? Check the following table matching usual activities of a data professional (Activity) and some hand-picked tools (Tool) that you can execute them with.

It seems with python one could do all the target activities. You are more flexible as you have only one environment to work with, especially in the case of Databricks which supports a python flavor called pyspark. Databricks could also further boost what you can do with python and combine all these activities into one consolidated place. If you work with ADF, then you could execute python in a pipeline too. On the other hand, undoubtedly Power BI is the leading tool for visualizations. While it does lack certain visuals, they could be implemented with python as the python run-time is supported by Power BI. These facts all show that a good synergy exists between the leading tools of the trade and python.