The Python programming language has important "reserved" commands called keywords. Each keyword provides a special instruction to the interpreter. Every data professional should be familiar with all Python keywords to use them at the right time efficiently.

This Python tutorial presents the second batch of keywords grouped by function.

In the previous Python tutorial, we examined the following categories and keywords:

In this Python tutorial, we will continue with the final set of categories and related keywords:

Starting with def keyword, it is used to create a function:

def is short for definition. It is good practice to name your functions with verbs and ensure that one function does one thing. Functions that do many operations can be difficult to read and support.

On the other hand, the lambda keyword allows the creation of anonymous functions inline. These constructs do not need a name. Therefore, they cannot be invoked later like a normal function. All lambda expressions return the function itself.

Next, the return keyword is an important command that allows a function to return a certain result. In the example above, our say_hello() function does not return anything. Instead, it prints out a message. We can, however, make it return a string that can be later assigned to a variable that can then be printed: 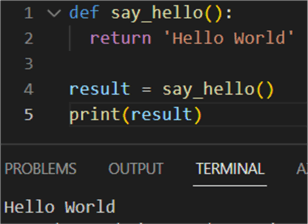 For more explanations on functions, check out my tip: How to Define and Call Functions in Python.

This example creates a function that will output "Hello World" three times, one at a time. On the fourth time, there will be an error because the generator object is now empty: 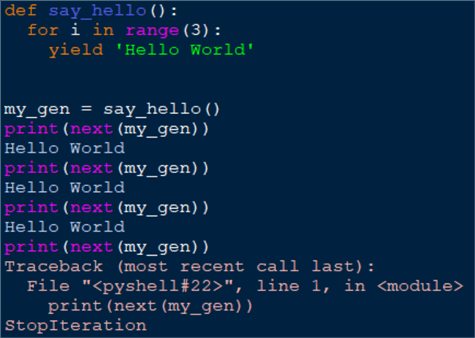 The special generator object yields one result at a time instead of the whole sequence at once. To learn more, check out this handy overview of iterables vs. iterators vs. generators: Python Iterable vs. Iterator vs. Generator with Sample Code.

This next category of keywords in the Python import system is what takes care of working with modules. You access another module from the current one by importing it using the import keyword. For example:

This import statement imports the module named pandas by first searching for the named module, then binding it to the results of that search to a name in the local scope. However, it is better and stylistically more appealing to state:

Now all classes that are part of the pandas namespace are available in the current local namespace from the object pd.

Additionally, you can import a particular class from a specific module if you expect it will be the only thing you will need in the current namespaces. Therefore, it is more optimal than importing everything from the target module:

You use as to assign an alias like the examples so far. Also, when importing modules, it is good practice to follow this order:

There is hardly enough space in this article to go over classes in detail. As far as the keywords are concerned, the class keyword is used to create a new type of object. Once we have this type, we can create instances of it. A class is a bundle of data and functionality, i.e., it can both store information and perform certain actions. In the broadest terms, the class keyword creates the new data type. For example:

This example shows how we can use a class to:

In the example, we print the actual SQL statement to the console: 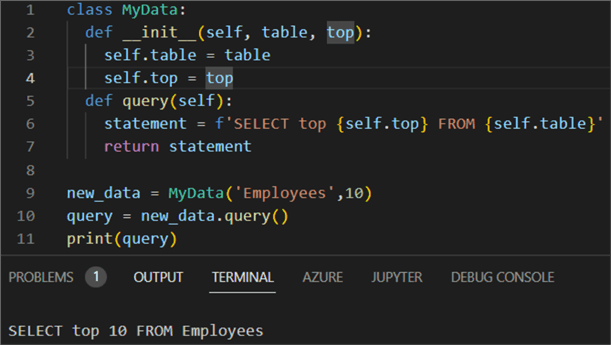 On the other hand, with del, you can delete an object:

For example, using the object name from the previous example:

First, we get the name and address in memory of our object. After deleting it, we get an error. There is no object called new_data instance of MyData anymore:

Finally, with is, we can check if two objects are the same object. Here, this means pointing to the same address in memory: 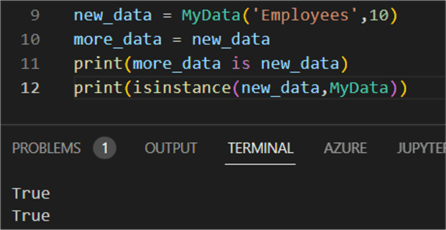 Note how the more_data variable points to the same object, like an optimization Python does. Therefore, when compared with is, the two instances return True. In contrast, the isinstance built-in method tests if an object is an instance of a particular class. 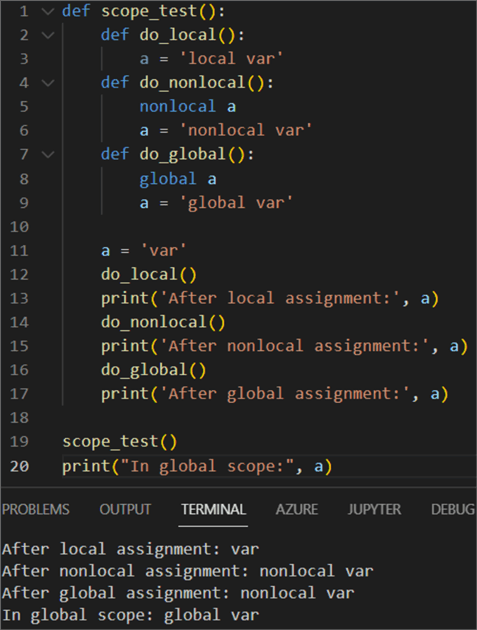 An important note is that the variable changes depending on the function and when it is called. This example illustrates all practical options. In a real scenario, the value of variable a will be defined based on which function was called last.

Using async and await and the asyncio library, we can write concurrent code that can execute faster in certain situations, e.g., working with API’s or context managers. In general, Python code executes sequentially, i.e., one task must be completed for another to start and complete. In a simple script, this can hardly be a concern. However, in more complex request-response scenarios, the program’s execution speed can be vastly improved by executing tasks concurrently and asynchronously.

Here is an example: first, we have a block of code calling the do_smth() function asynchronously. Then, it is the same function called sequentially:

On the contrary, here is the sequential execution:

Below are keywords that do not directly belong to the other categories:

Starting with assert, it is used to test and debug the code. For example:

If the condition returns False, AssertionError is raised:

Next, in this category, we have None. This is a special type of empty value, a sort of placeholder with its own type. None is not 0, null, empty string, or any other empty existing datatype or value: 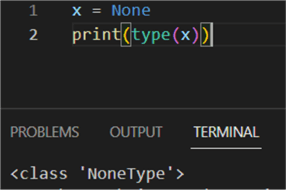 Finally, we have pass, which applies to loops, conditional statements, methods, and classes. It is used to create a placeholder for a future block of code. For example, we can name a function in our code but leave the implementation for later:

In fact, a function like that will return the NoneType: 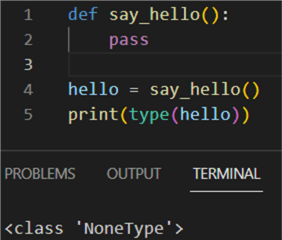 In this Python keyword miniseries, we examined the remaining keywords related to modules, classes, variables, coroutines, and several other keywords. Knowing how these keywords affect your program is an important stepping stone for every Python programmer and data professional.

Hristo Hristov is a data professional and Power Platform engineer with more than 12 years of experience. Between 2009 and 2016 he was a web engineering consultant working on projects for local and international clients. Since 2017, he has been working for Atlas Copco Airpower in Flanders, Belgium where he has tackled successfully multiple end-to-end digital transformation challenges. Hristo’s focu