We are currently using Power BI as our self-service reporting and ad-hoc analysis tool. There are so many different ways to present data to the users that it becomes overwhelming. There are dashboards, reports created in Power BI Desktop and Excel workbooks to choose from. Which type of reporting should we use?

Each reporting type in Power BI has its strengths and weaknesses, but also their own use cases. Although there certainly is much overlap between all of them, there's enough difference to consider which one you'll use, before you dive into the creation of your data visualizations.

Let's begin with dashboards. If you're new to the world of Power BI, you can take a look at the tip How to Build your First Power BI Dashboard to get you started with dashboards. In the tip it's explained the term dashboards actually means something different in Power BI than in most other business intelligence and data visualization tools. In Power BI, a dashboard is a collection of tiles. These tiles are visualizations (tables, matrices, charts, etc.) from reports or workbooks, or they can be more static tiles containing images, text or URLs. 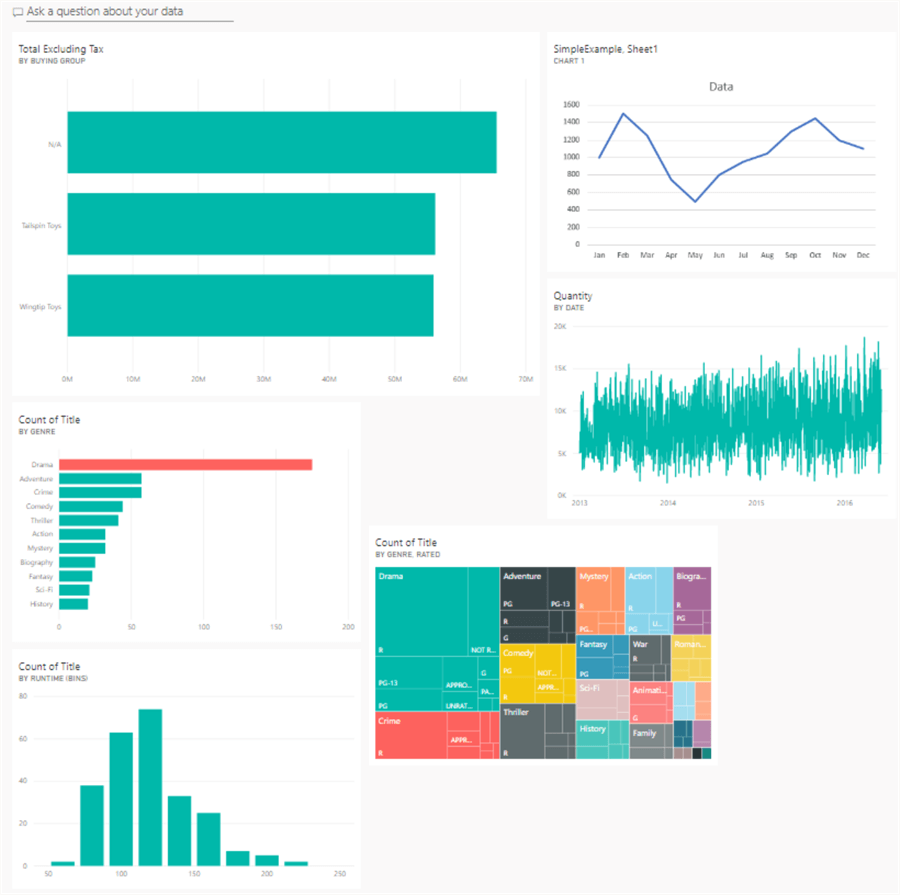 Unlike other tools, the visualizations in dashboards in Power BI are not meant to be interacted with. If you click on a visualization, you are directed to the report behind it. There's one notable exception: live tiles. Instead of pinning a single visualization to a dashboard, you pin an entire report page to the dashboard. 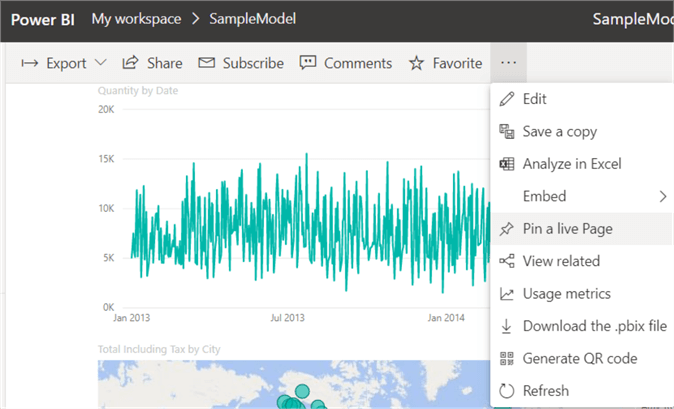 On the dashboard, you can interact with the tile, hence its name. 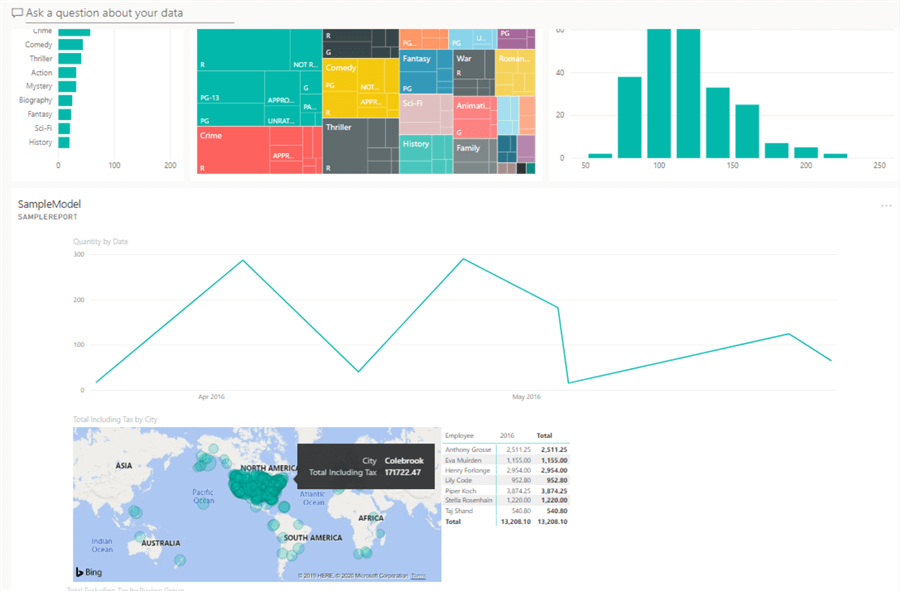 But in general, we can assume Power BI dashboards are quite static. Their main purpose is to present data at a glance. If something seems interesting, users can click on the visualization to go the report to interact with the data and see more detail. Hence, dashboards can be considered as some sort of a glorified contents table.

There are some features though which are only present in dashboards. 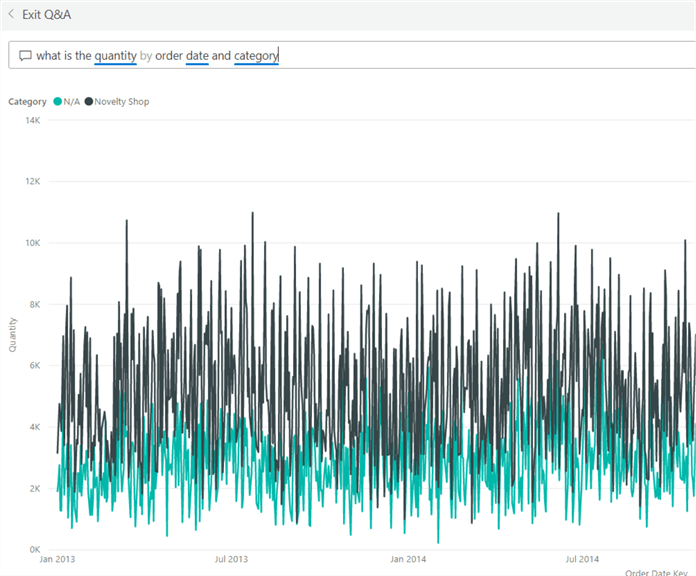 The integration of Excel in Power BI is described in the tip Power BI Workbooks. You can lift & shift existing Excel workbooks directly to the Power BI service, but usually it's more interesting to either convert it to a Power BI Dataset or to just import the source data directly into Power BI Desktop. The reason for this is Power BI Desktop (and the dataset itself once it has been published to the service) offers way more flexibility and features than Excel Online can offer.

A more interesting feature is the Analyze in Excel feature. From a dataset or a report in the Power BI service, you can create .odc file which you download on your machine. When you double click this file, Excel opens with a direct connection to the dataset in the service. This means users can analyze your data hosted in the Power BI service using the tool they're probably most familiar with: Excel PivotTables.

Reports in Power BI are what people usually describe as “dashboards”. They are one or more pages containing visualizations of data from one dataset. 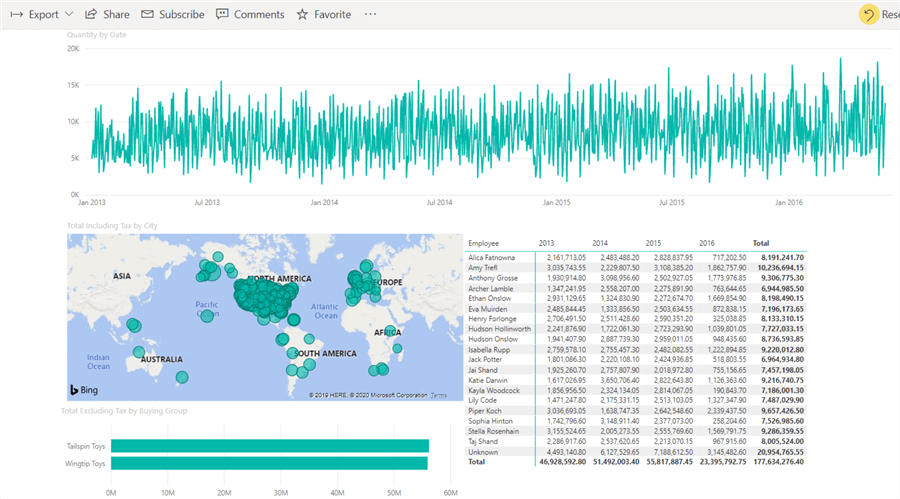 Reports are typically created in Power BI Desktop. Some reasons why reports are the go-to place for your users: 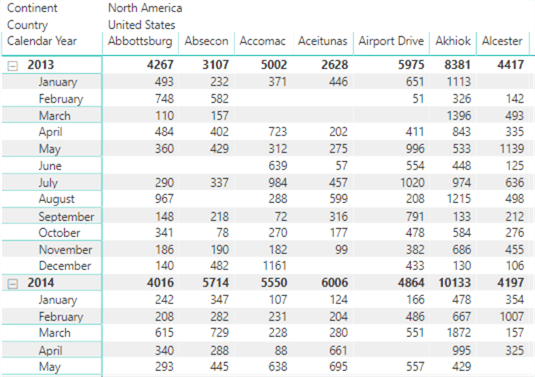 Power BI Reports are the most comprehensive tool to present data to your users.

SSRS reports, or paginated reports as they're now called, can also be hosted in the Power BI Service. These reports are pixel-perfect reports and they are typically more static than their Power BI counterparts. The caveat is that this feature is only available in Power BI Premium. For more information, check out the documentation.

There are different ways to present data in the Power BI service. Even though they support different use cases, there's a general narrative that can be followed:

We can conclude it's useful to have all different types of reporting available in the service. Depending on the need, users can choose which type suits them best.