In this two-part tutorial series, we're composing an overview of possible ETL tools in the Microsoft Data Platform. Part 1 focuses on tools or services that don't require the developer to write code (or as little as possible) for ETL processes when working on data warehousing or data management use cases. In this part, we'll look at more code-intensive solutions to build your data pipelines.

In this tutorial we will look at code intensive solutions for ETL (Extract, Transform and Load) activity when working with the Microsoft data platform such as T-SQL, Azure Functions and Azure Data Bricks for business intelligence solutions.

When building a data warehouse (or any data integration solution) and the data resides in a on-premises relational database like SQL Server (i.e. data source), you can choose to implement all the logic in T-SQL. Many data transformations can be perfectly build using plain SQL. Most likely, this logic is encapsulated in stored procedures and constructs like TRY … CATCH and transactions are used to make the SQL code more robust. T-SQL constructs like WHILE or cursors allow the developer to use more traditional programming concepts. With the use of dynamic SQL, it's possible to create flexible solutions.

In fact, the concept of "ELT" can rely heavily on the use of SQL. In ELT – in contrast with ETL where transformations are done on-the-fly, the data is loaded into the destination (the relational database) and is transformed over there. If the data is in a database, SQL is obviously the preferred scripting language to deal with the data.

There are a couple of disadvantages though when working purely with SQL alone:

To get around those limitations, ETL pipelines aren't always fully developed in SQL alone, but rather in a combination with another tool. For example, you can use ADF or SSIS to orchestrate the execution of your SQL statements. Both tools allow for parallel execution, and they have many connectors allowing you to import/export data from various source systems and load the transformed data into target systems. They also have better integration with the many parts of the Microsoft Data Platform, especially in Azure.

Azure Functions are a bit like Azure Logic Apps. They are also serverless, event-driven and lightweight solutions, but in contrast with Logic Apps there's no visual designer. You'll need to code everything yourself! Azure Functions has support for many popular languages: C#, JavaScript, F#, Java, PowerShell, Python and TypeScript.

Azure Functions are intended to be short-lived and stateless, although it is possible to create durable functions that can keep state. Like T-SQL, using Azure Functions alone for your entire ETL implementation is probably not the best idea, but you rather implement them in a larger framework. You can for example start an Azure Function from ADF.

Some examples of Azure Functions:

Code in Azure Databricks is written in notebooks, which can support a couple of languages: Scala, Python, R and SQL. It is possible to switch between languages in the same notebook, allowing the developer to use their language of choice. 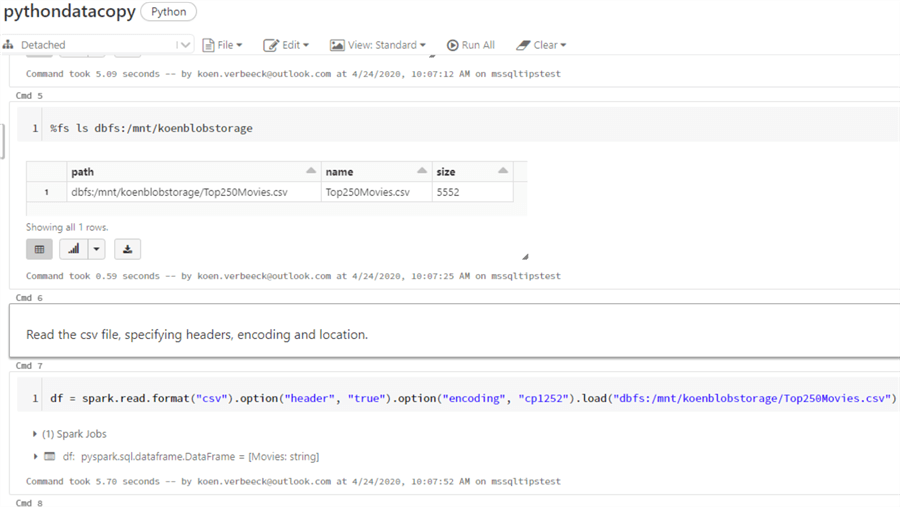 In contrast with Azure Functions, Azure Databricks is typically used in big data scenarios. With Delta tables, you're able to keep track of changes on top of Parquet files. This allows you to build a data warehouse-style solution in Azure Databricks, sometimes referred to as "the data lakehouse".

There are many tips about Azure Databricks: