Luckily, the AWS web console tool can quickly deploy SQL Server on an EC2 instance and provision infrastructure resources based on your requirements. This can be done for either Windows or Linux, as well as build standalone or highly available solutions for SQL Server. This tip will explore the AWS Launch Wizard for SQL Server deployments and focus on how this can be accomplished for Linux.

AWS Launch Wizard is a fantastic service that can quickly help size, configure, and deploy a Microsoft SQL Server on Amazon EC2 - all with minimal fuss. It is easy to use and supports single-instance SQL Server deployments and high availability (HA) setups on Amazon EC2.

The Launch Wizard provisions and configures the selected resources to create a fully functioning, production-ready SQL Server including CPU cores, network performance, memory, storage, and performance. It also gives an estimated cost for resources. You can modify the resource configurations and instantly view the updated cost assessment. AWS Launch Wizard also creates AWS CloudFormation templates which can be customized for subsequent implementations.

In this article, we will deploy a SQL Server on Linux (standalone) on Ubuntu (Linux) using AWS Launch Wizard. 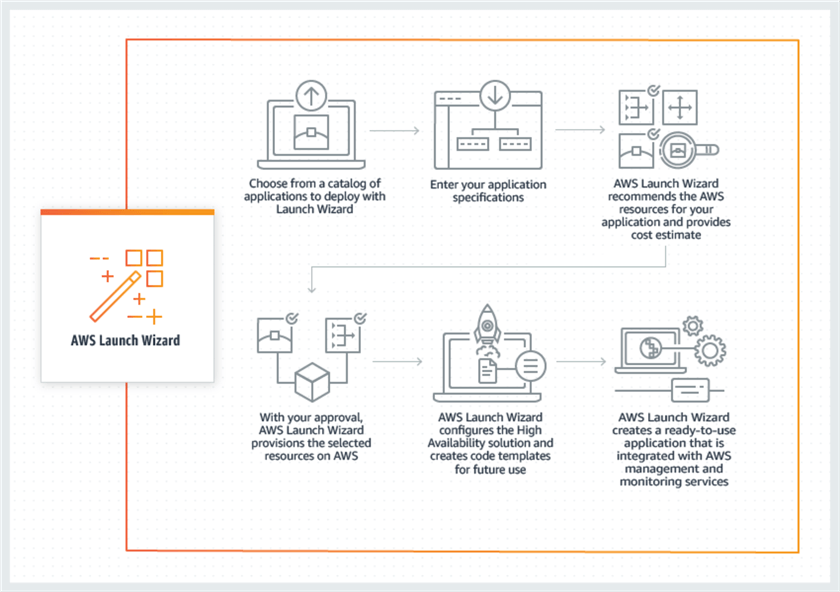 Apart from SQL Server, the Launch Wizard also allows you to deploy:

Using the AWS Launch Wizard console, let's deploy a standalone SQL Server instance on a Linux EC2 instance. Log in to the AWS portal and search for Launch Wizard.

Clicking on the Launch Wizard link takes you to the landing page of the AWS Launch Wizard. You can deploy various popular enterprise applications such as SQL Server and Active Directory. 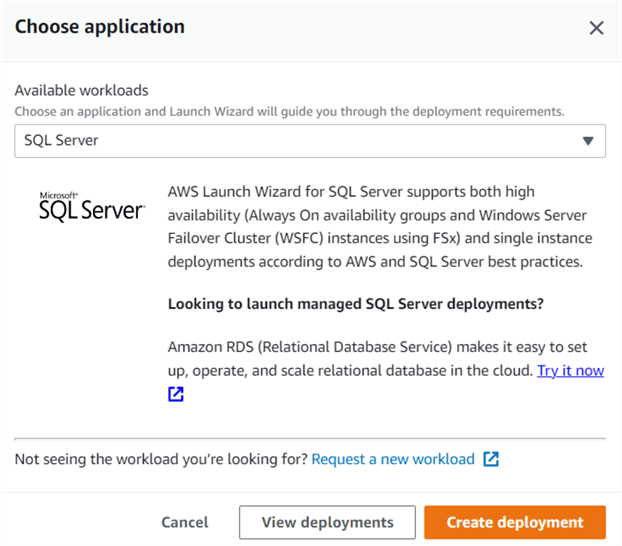 The AWS Launch Wizard requires the Identity and Access Management (IAM) role for deploying resources on your behalf. It automatically creates a role name, AmazonEC2RoleForLaunchWizard, as shown below. To learn more about the IAM role, click on the documentation link from the Role policy section.

As stated earlier, you can deploy a Standalone or HA SQL Server with multiple nodes. You can choose a Single instance or HA model based on the operating system type. For example, select a Single instance for this demonstration. 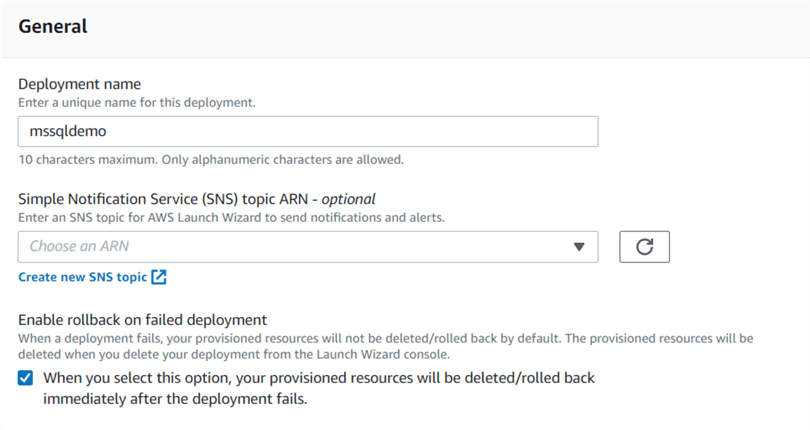 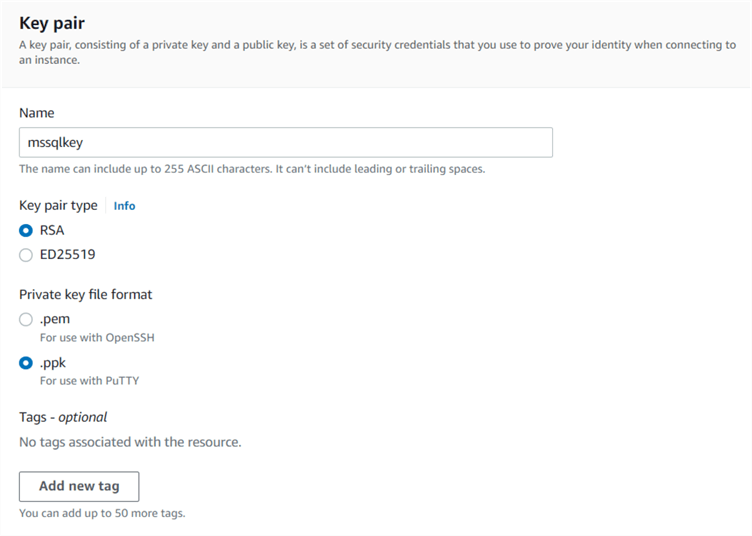 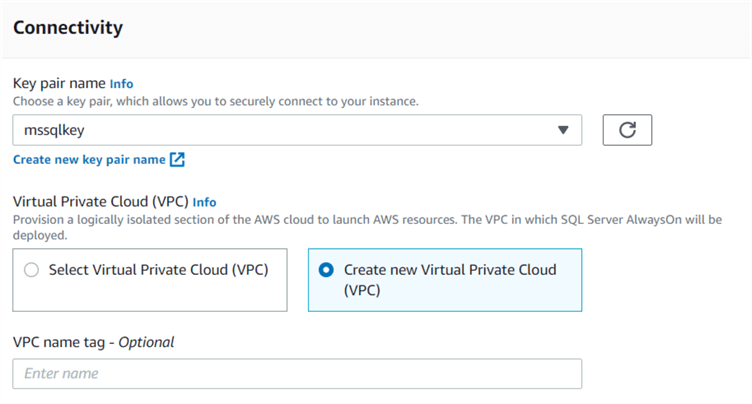 This section is specific to a SQL Server configuration. 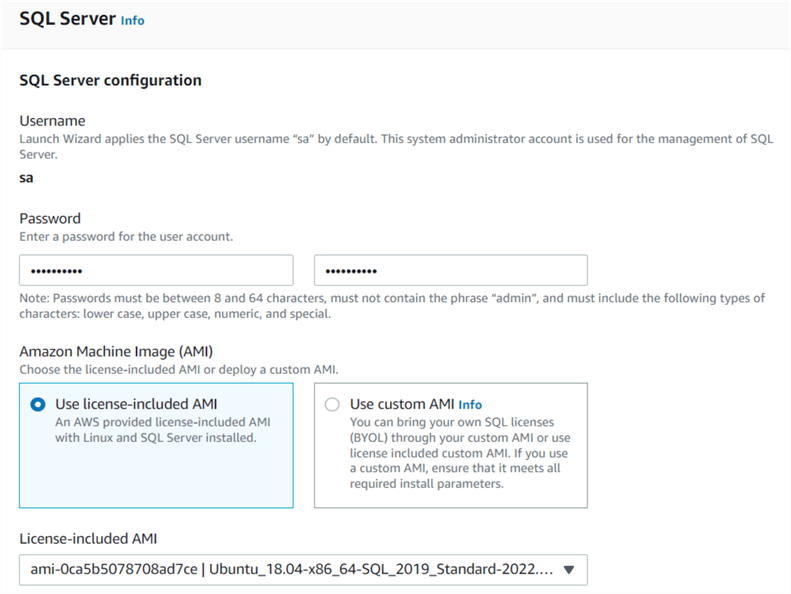 The AWS Launch Wizard recommends the infrastructure resources as per defined requirements. By default, it uses the following default values:

Based on the requirements, it shows the recommended resources. For example, the default requirements suggest the following: 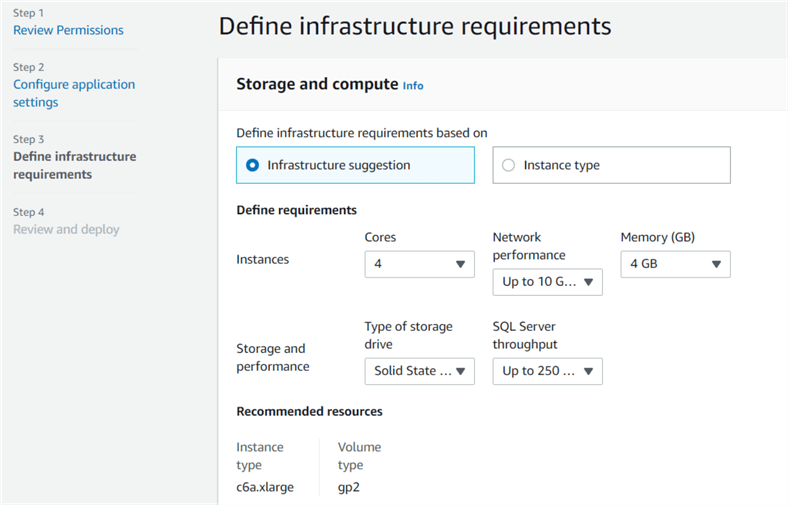 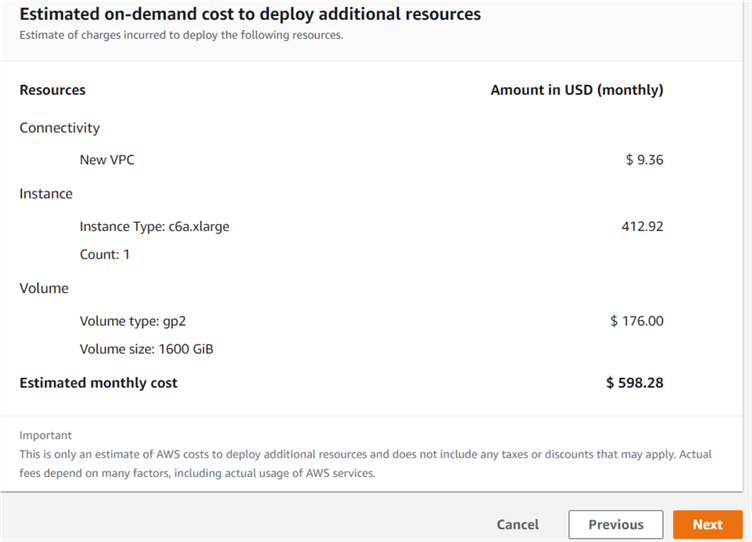 On the Review and Deploy page, you can assess the SQL Server deployment configurations. Click on Deploy at the bottom of the page if you agree with the configuration and terms specified.

This will start the deployment, and you can access the SQL Server in the AWS EC2 instance post-deployment.

Click on the application name – mssqldemo – to get details of individual components. 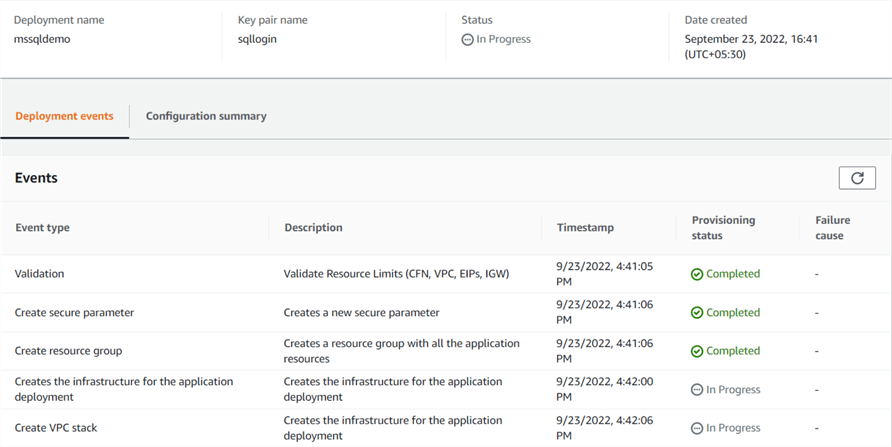 Refresh the deployment to see status changes. As a deployment phase finishes, it will be marked as Completed.

As mentioned earlier, deploying on Linux can be much cheaper than on Windows. The following table shows the cost comparison between SQL Server on Windows vs. Linux for both standalone and cluster configurations. SQL Server on Linux is cheaper than Windows due to licensing costs. However, prices may vary depending on region and resources.

You can view the deployment cost in the AWS Launch Wizard or use the AWS pricing calculator to estimate the cost of SQL Server deployments on Windows and Linux.

The AWS Launch Wizard creates CloudFormation templates you can reuse for future deployments. In the AWS services, navigate to CloudFormation and view the stacks. To get details of a deployed SQL Server instance, click on Resources in the stack. You get a list of deployed resources such as EC2 instance, security group, and network interfaces. 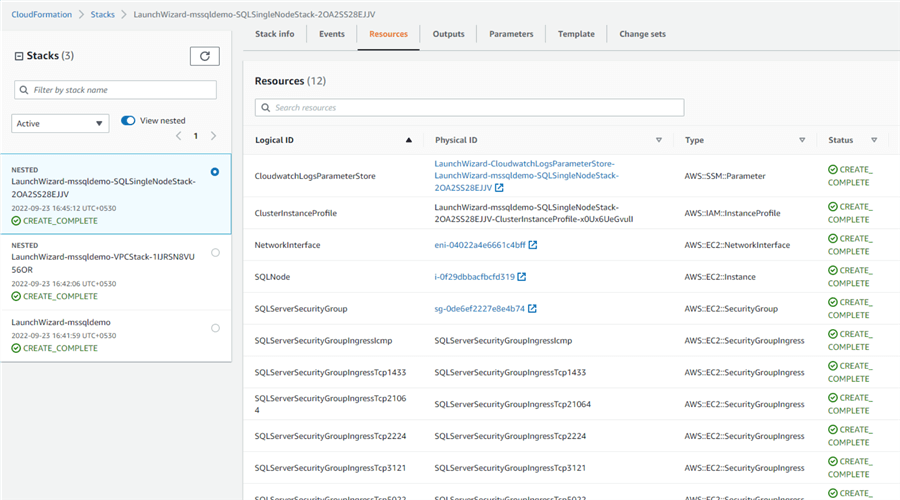 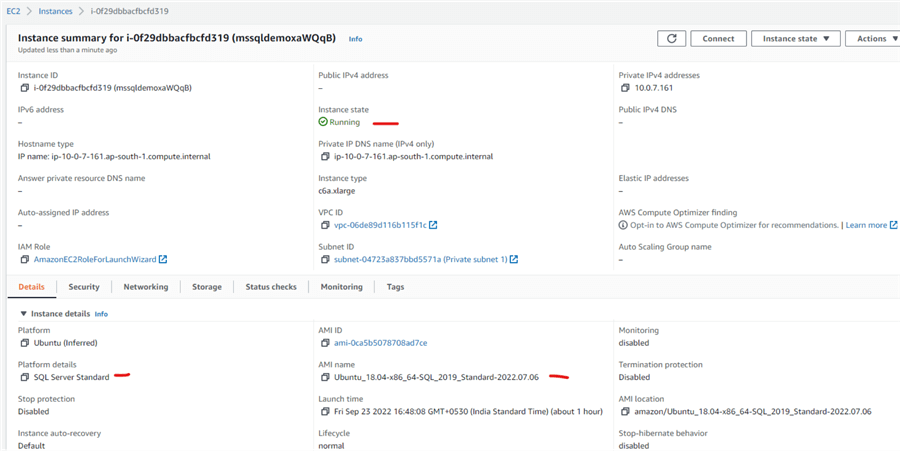 You can remove all resources deployed using the AWS Launch Wizard with a single click. Go to the AWS CloudFormation stack and click on delete. As we saw earlier, Launch Wizard created the nested stacks. It is always advisable to delete resources through the root stack so that it can delete all resources with their dependency order.

Choose the option – Go to the root stack (recommended) and enter the phrase 'delete' in the confirm deletion box. 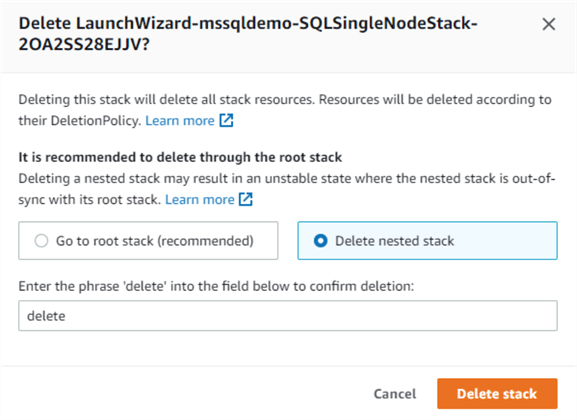 Benefits of Using the Launch Wizard

The AWS Launch Wizard has the following benefits for deploying SQL Server resources:

AWS incorporates a Replatforming Assistant for migrating SQL Server workloads from Windows to the Linux operating system. It is a scripting tool that works with any Windows Server virtual machine hosted in the cloud or on-premises. You can use the replatforming tool to check incompatibilities, export databases from Windows, and import them into Linux EC2. If you deploy a Windows-based SQL Server using the AWS Launch Wizard, you can use the Replatforming Assistant to convert it to Linux.

Refer to AWS documentation for more details on the replatforming tool.

The AWS Launch Wizard is a straightforward way to create a new AWS SQL Server instance on EC2. The Launch Wizard guides you step-by-step by selecting the database engine, edition, size, and infrastructure requirements options that meet your business needs. Using this wizard, you can launch a new instance in standalone or high availability mode with minimal configurations for either Windows or Linux.